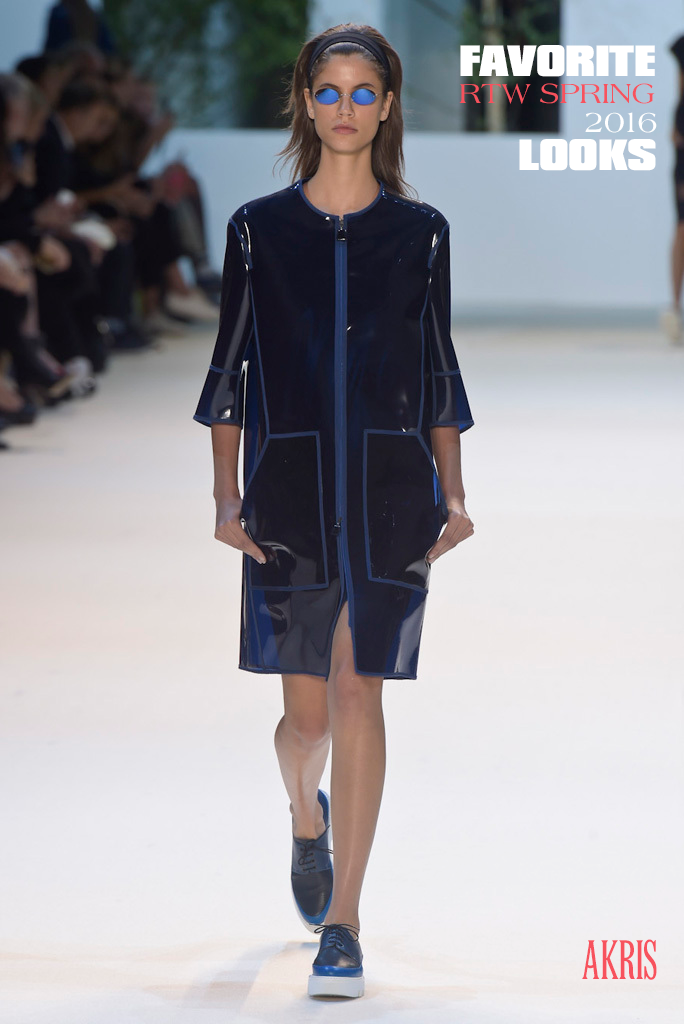 For its RTW Spring collection, Akris decided to play around with different textures, asymmetrical cuts + skin baring looks for that sporty feel, day or night. If you notice, practically every ensemble was paired with white platformed brogues, which due to their simplicity, could easily be confused for kicks. But as a whole, the collection was a mix of  many angles, lines + round shapes.

There were chiffon, leather + cotton looks, but just the same, plenty of them were comprised of synthetic materials such as blue transparent vinyl, as seen above. 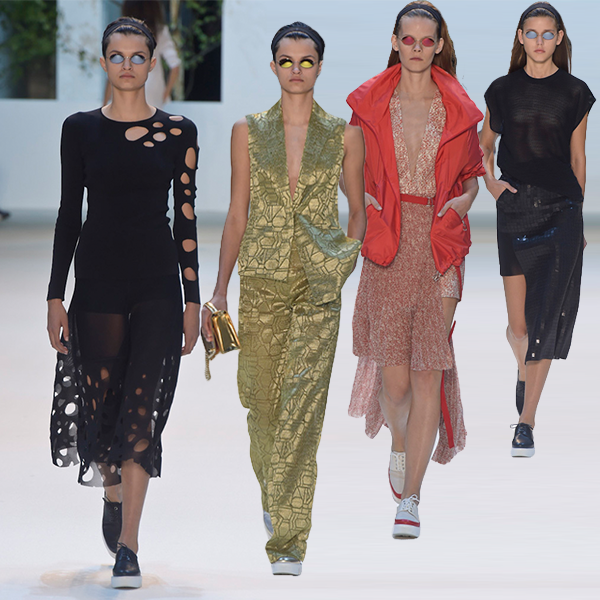 Asymmetry presented itself in many forms including a cotton shirt dress with one side longer than the other, appearing like a mini on the longer side + shorts on the shorter side. 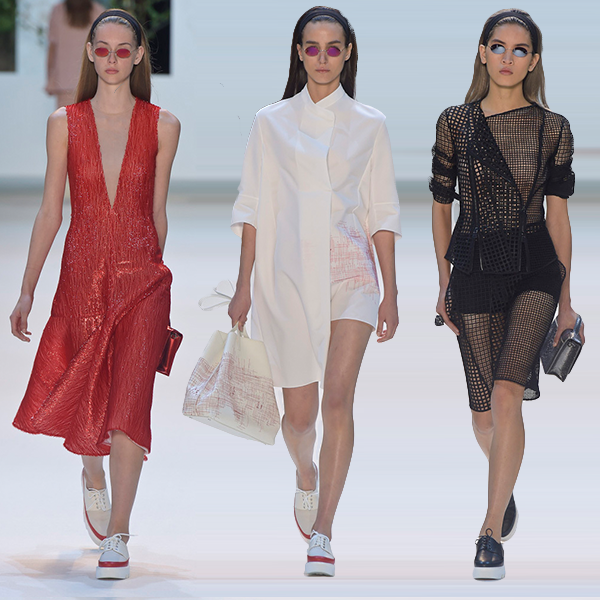 Skin baring looks appeared in mesh, sheer chiffon + at times, as cutouts. Some of the cutouts included circles on the left sleeve of mid-thigh black stretch jersey dress + its chiffon skirt, which allowed you to see just enough skin to make it tasteful but still sexy. The unfinished hem perfectly highlighted those cutouts. 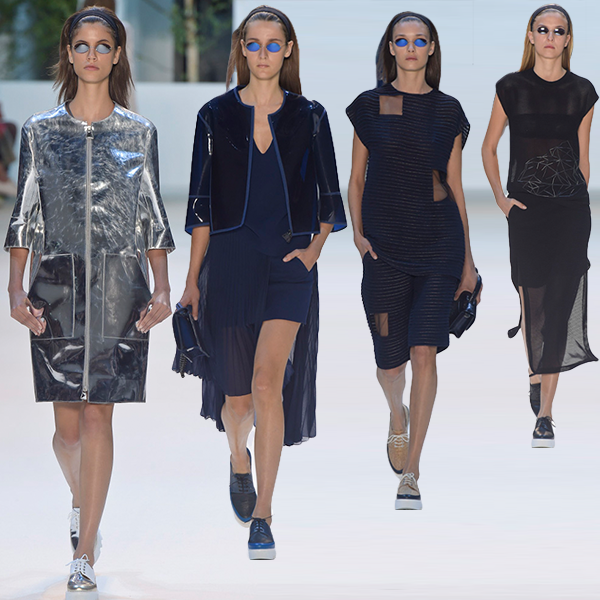