Known for her ethereal looks, for Fall, Alberta Ferretti’s collection was peppered with lots of those signatures, with one exception. What stuck out in this collection was the bevy of prints including art nouveau florals, plaids + stripes. However, animal prints dominated, from head to toe. 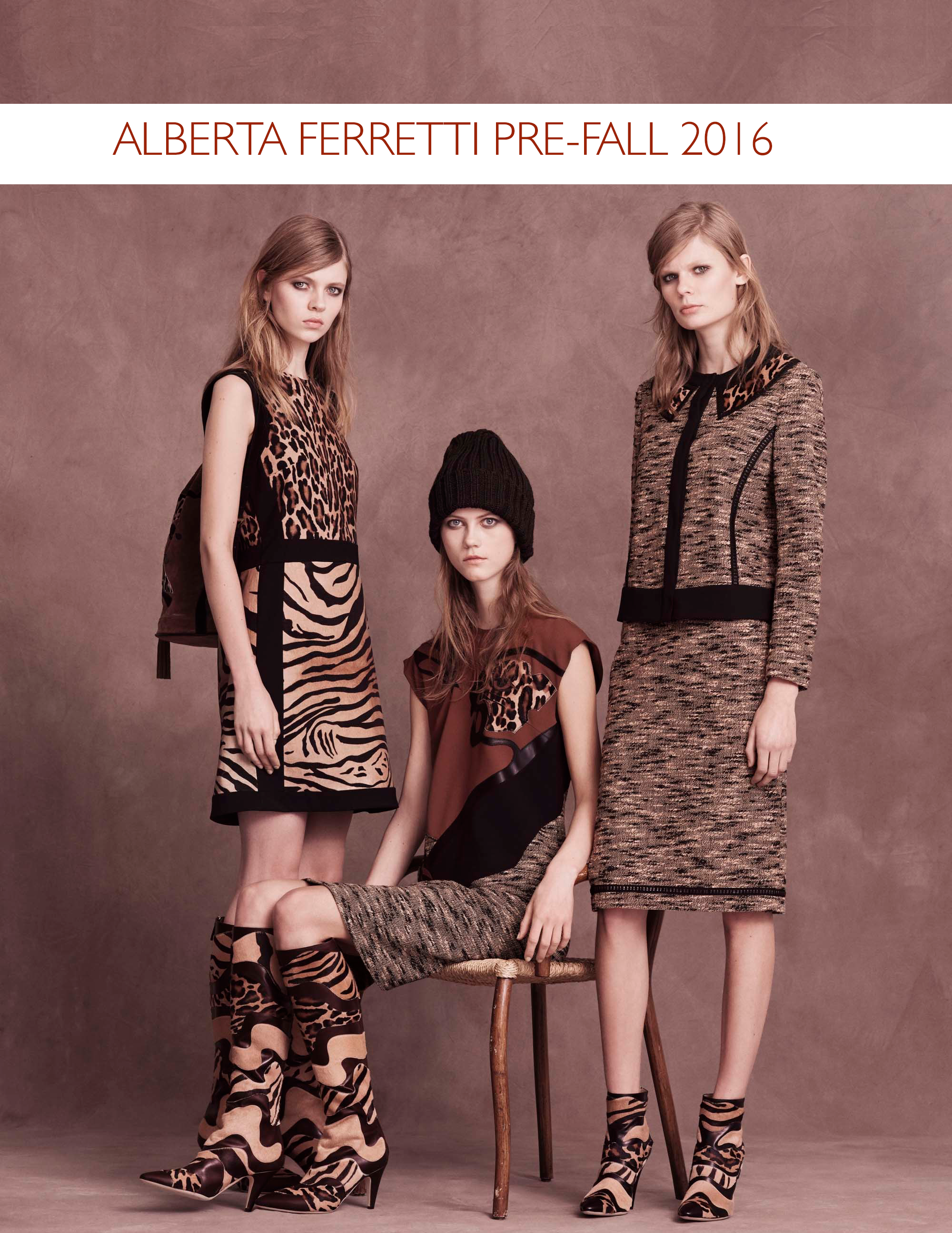 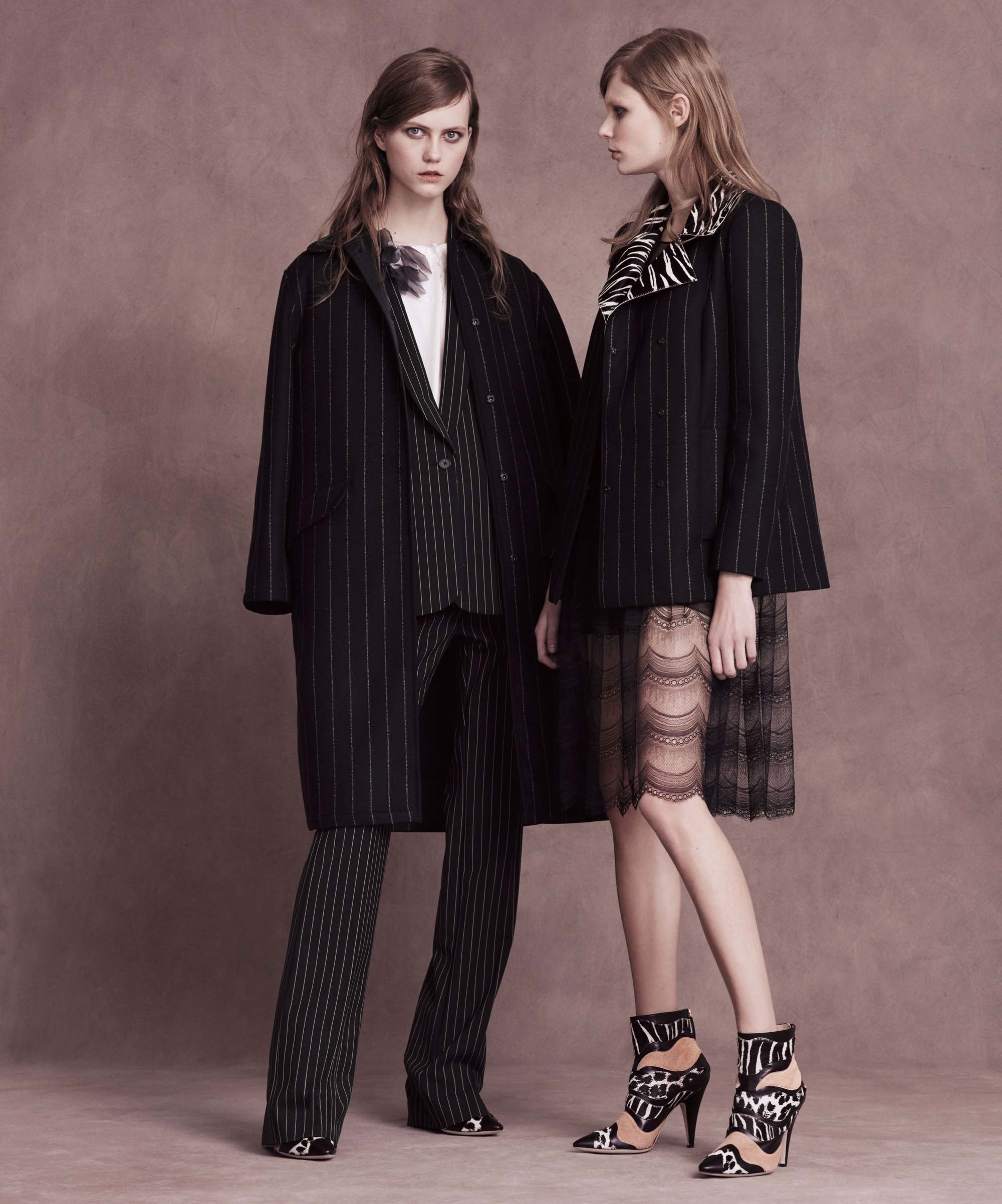 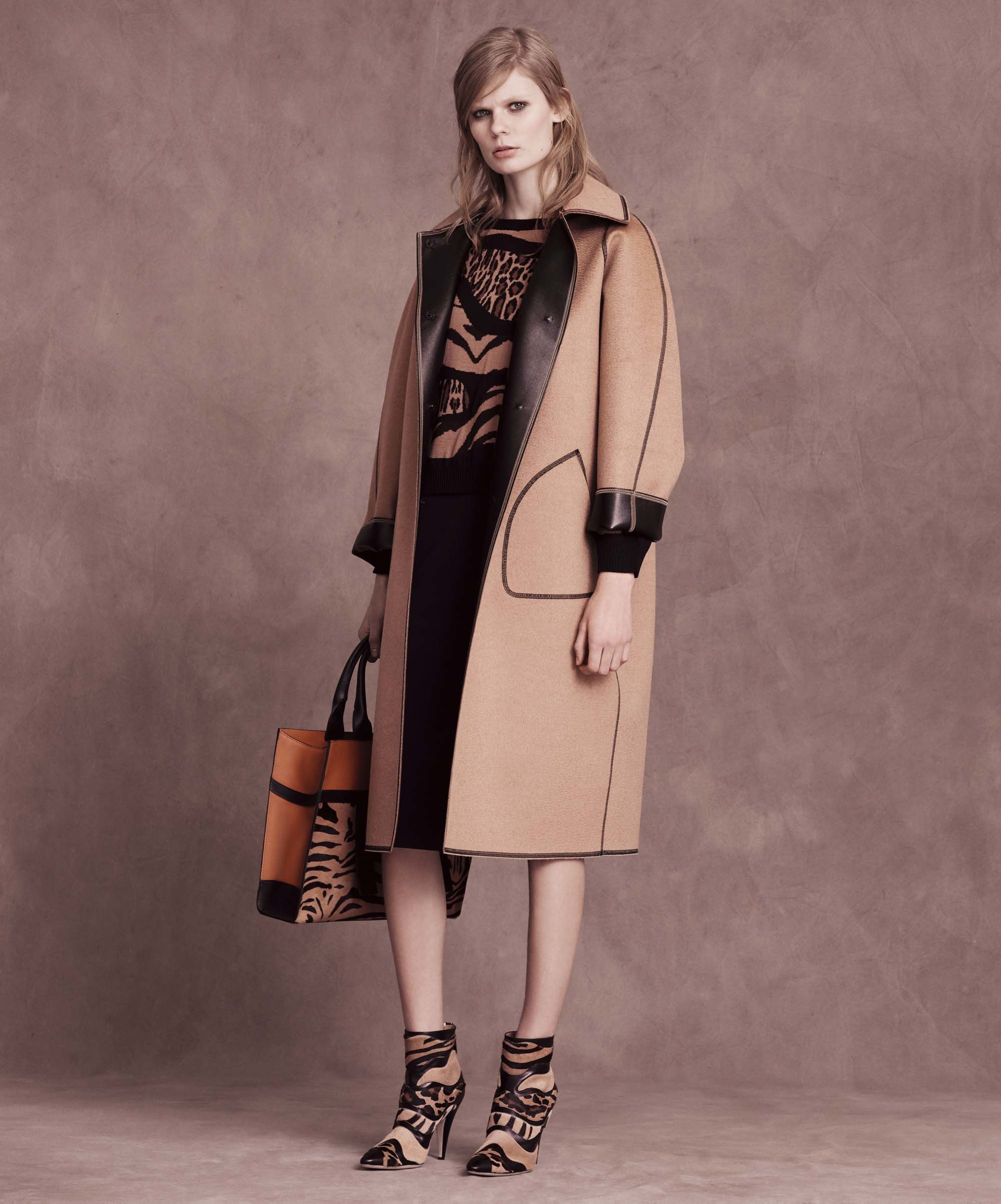 What made these prints – zebra, leopard + tiger – powerful statements, was how they were patched together, alongside beige wavy swatches, from sweaters + purses, down to ankle + tall boots. The ankle boots were a favorite, as you saw them paired with several looks, including those with other prints of the same tonality. When part of a black + white ensemble (above), the animal prints were also in black + white, contrasted by beige. 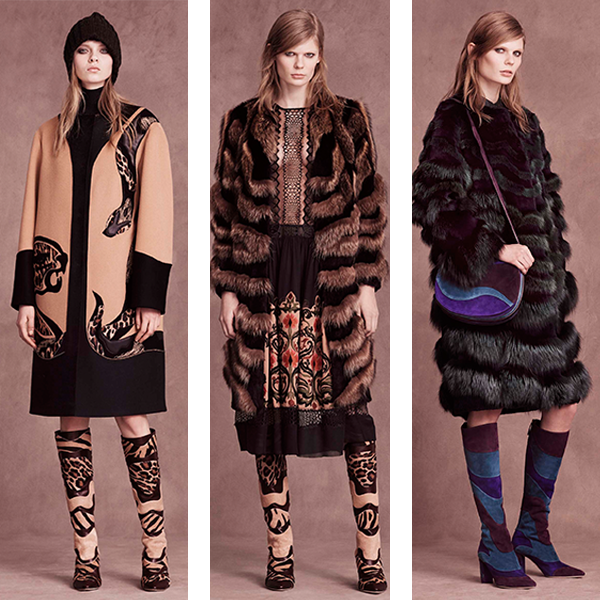 There were furs in several colors. Some were in brown + black but those in green + purple led to green + purple wavy swatches on slacks, then purses + tall boots, in addition to burgundy + blue. The knits in the collection ranged from digital animal prints to pieces that looked like they were knitted by hand (below). Alberta Ferretti’s signature wispy + delicate gowns were here in lace + chiffon, like the maxi dress below, to another with black sheer sleeves + an art nouveau floral print. Lace made its way onto slip dresses + as embellishments on the bottom of pinstripe pants, if not as a sheer skirt peeking from inside a black pinstripe jacket with zebra print lapels.

Overall, the collection gave a little bit of everything, with not being too overbearing with one facet. Silhouettes were modern, there were skirts of varied lengths + pants. Coats had fur while others had pattern if not, an exposed seam, for dramatic effect.

Then again, I’m a sucker for animal prints, so I’m totally unapologetically biased! 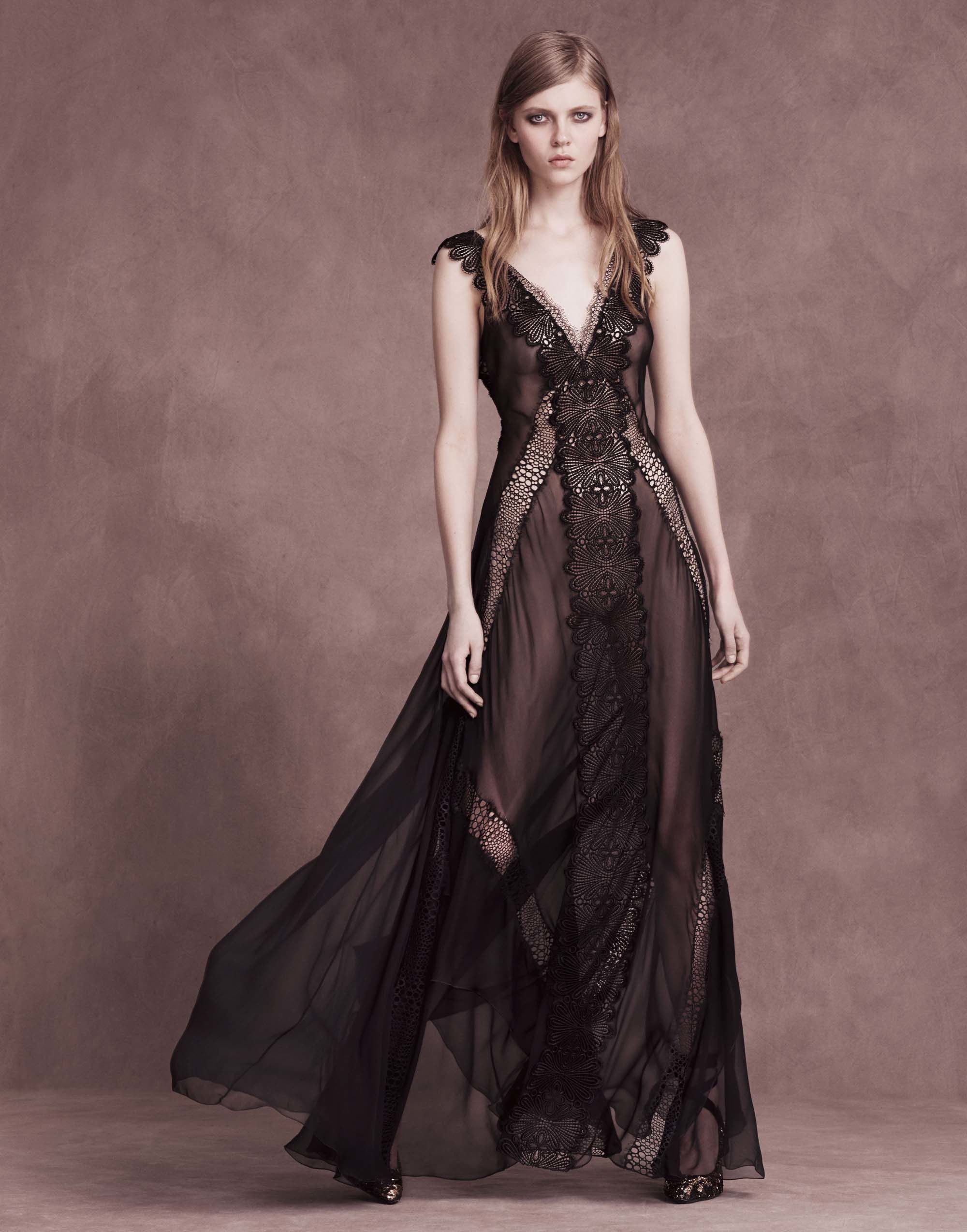 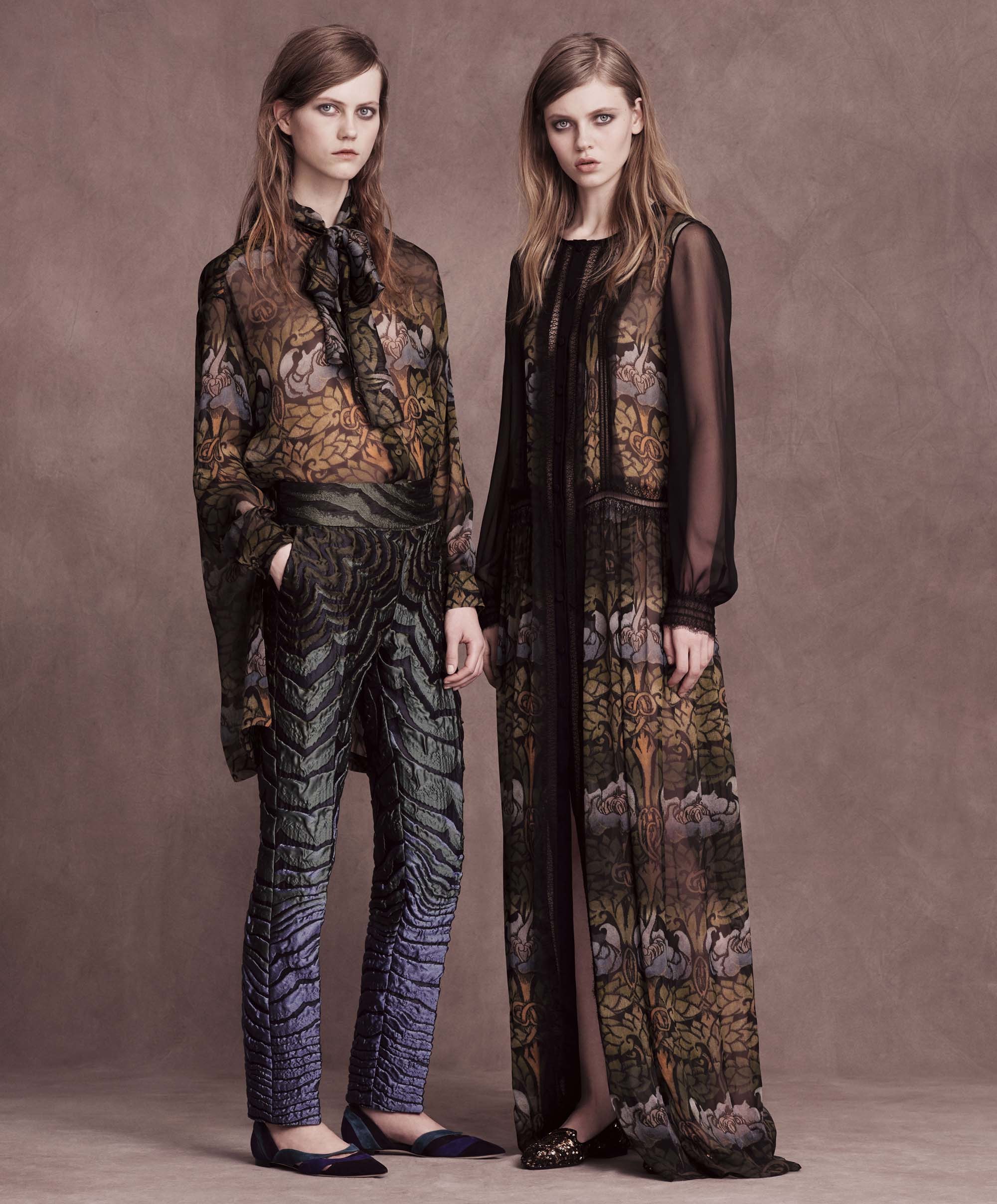 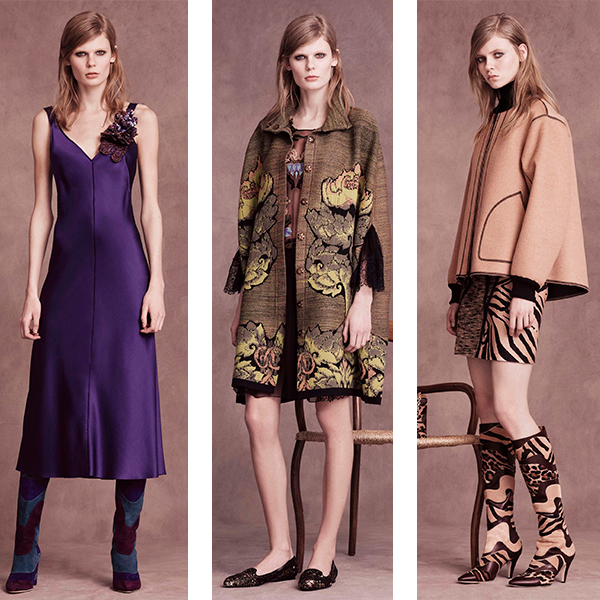 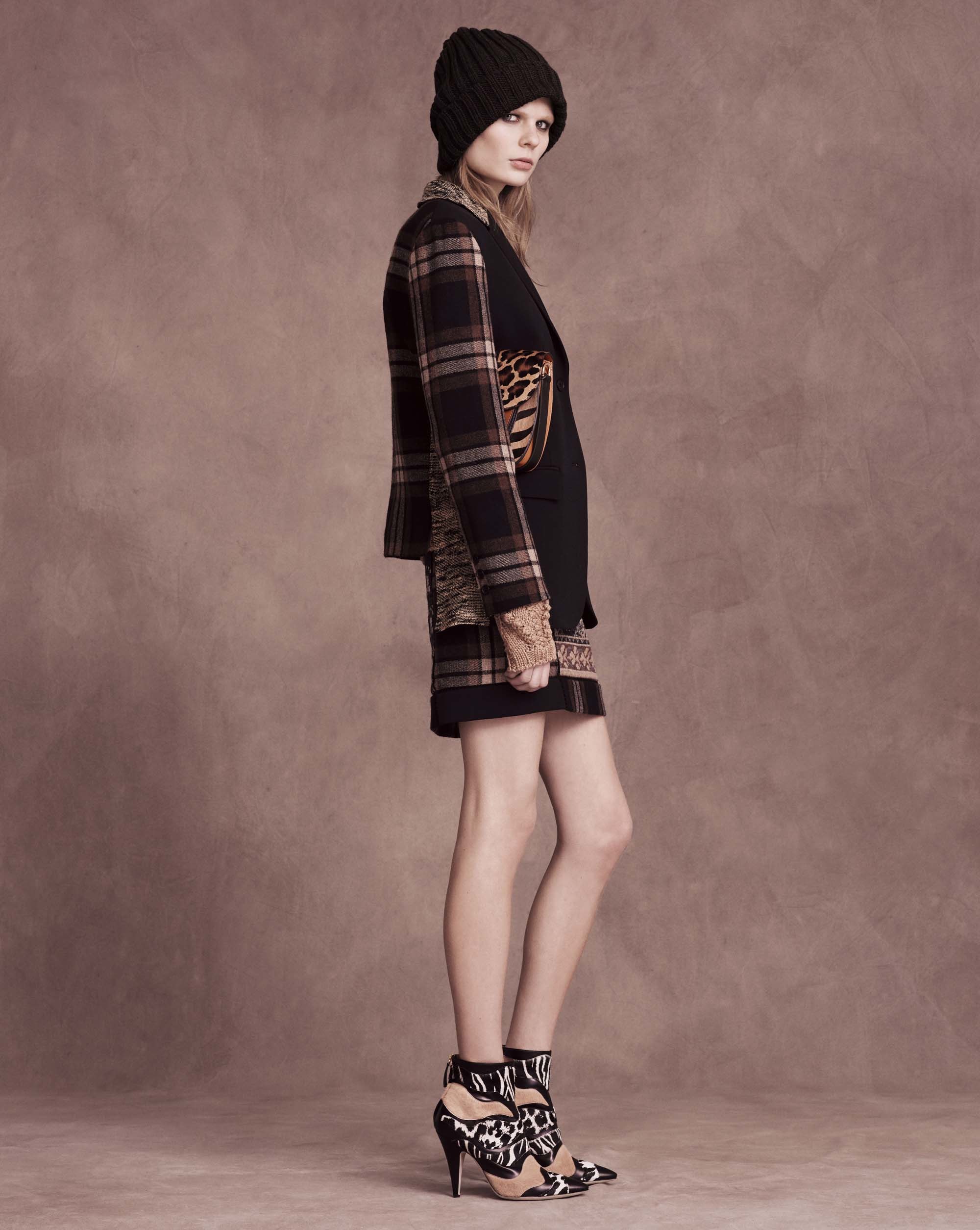 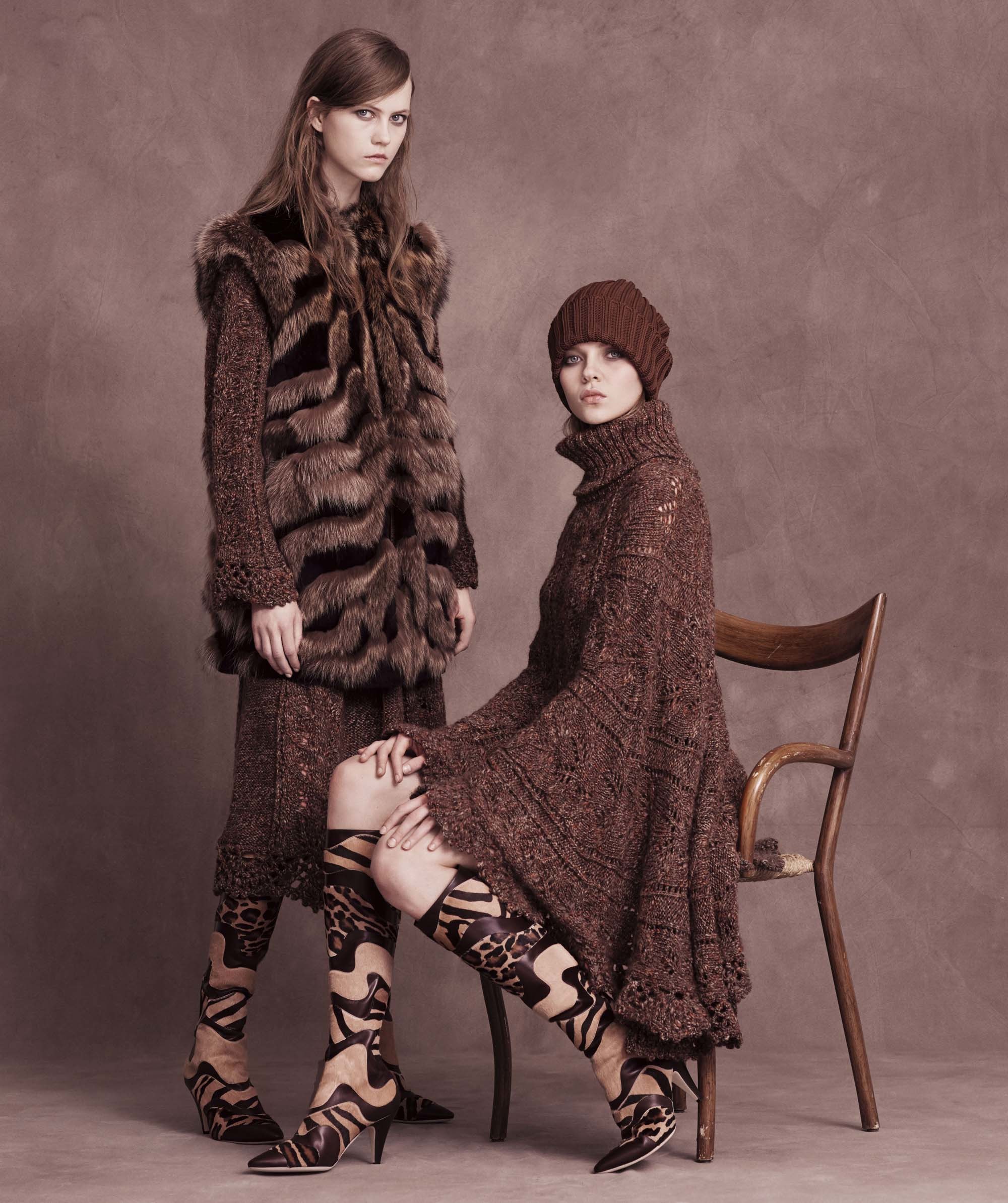