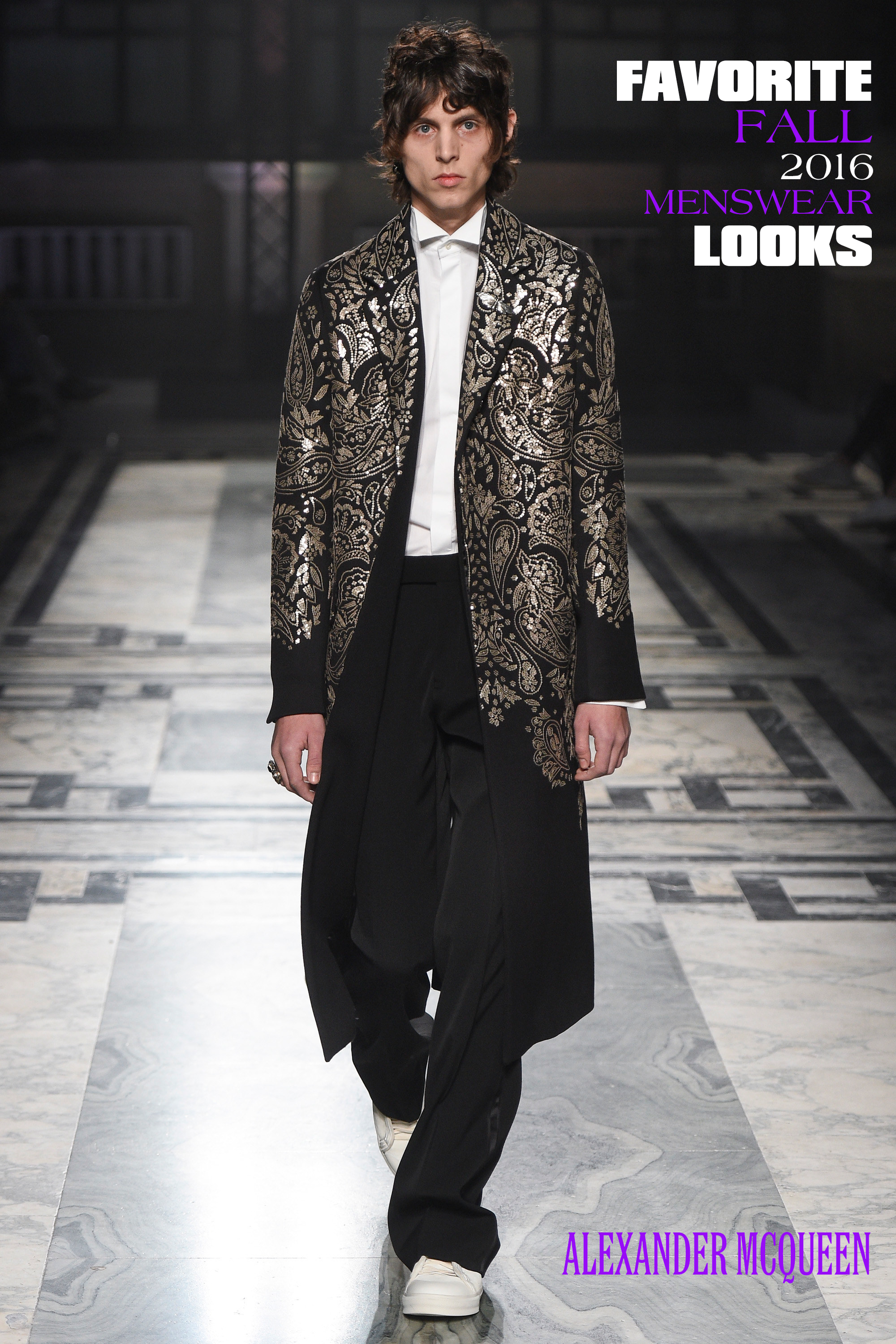 For this season, designer Sarah Burton was intrigued by an interest in collecting, specifically in Charles Darwin + his voyages to accumulate specimens. “Talismans,” Burton called them. “Collecting, traveling. Obsession,” she told VOGUE RUNWAY. But these themes were very obvious with Burton’s iterations for Alexander McQueen’s Fall Menswear collection. 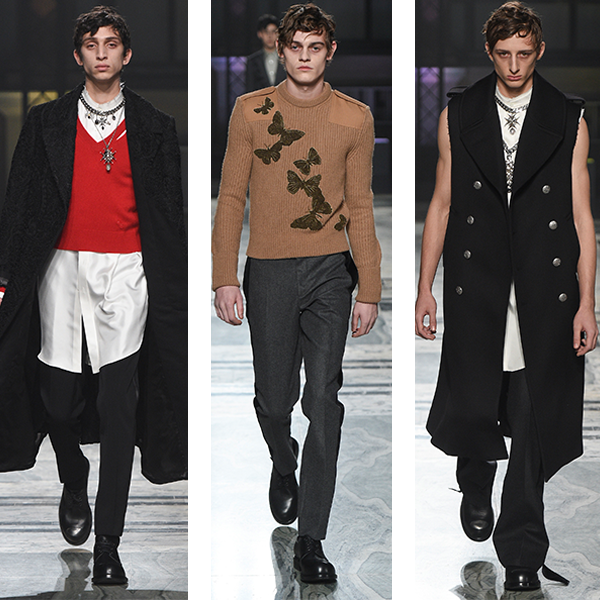 A lot of the looks, included jewelry with a nod to the punk + goth esthetic. There were plenty of necklaces, including those with big + flat links, with huge pendants hanging from them that looked almost regal. I’m guessing these must be the ‘talismans’ Burton was speaking of. What I found interesting was how she paired that with ‘tucked out shirt’ looks, giving them a dressier, but, simultaneously, a very chill vibe. 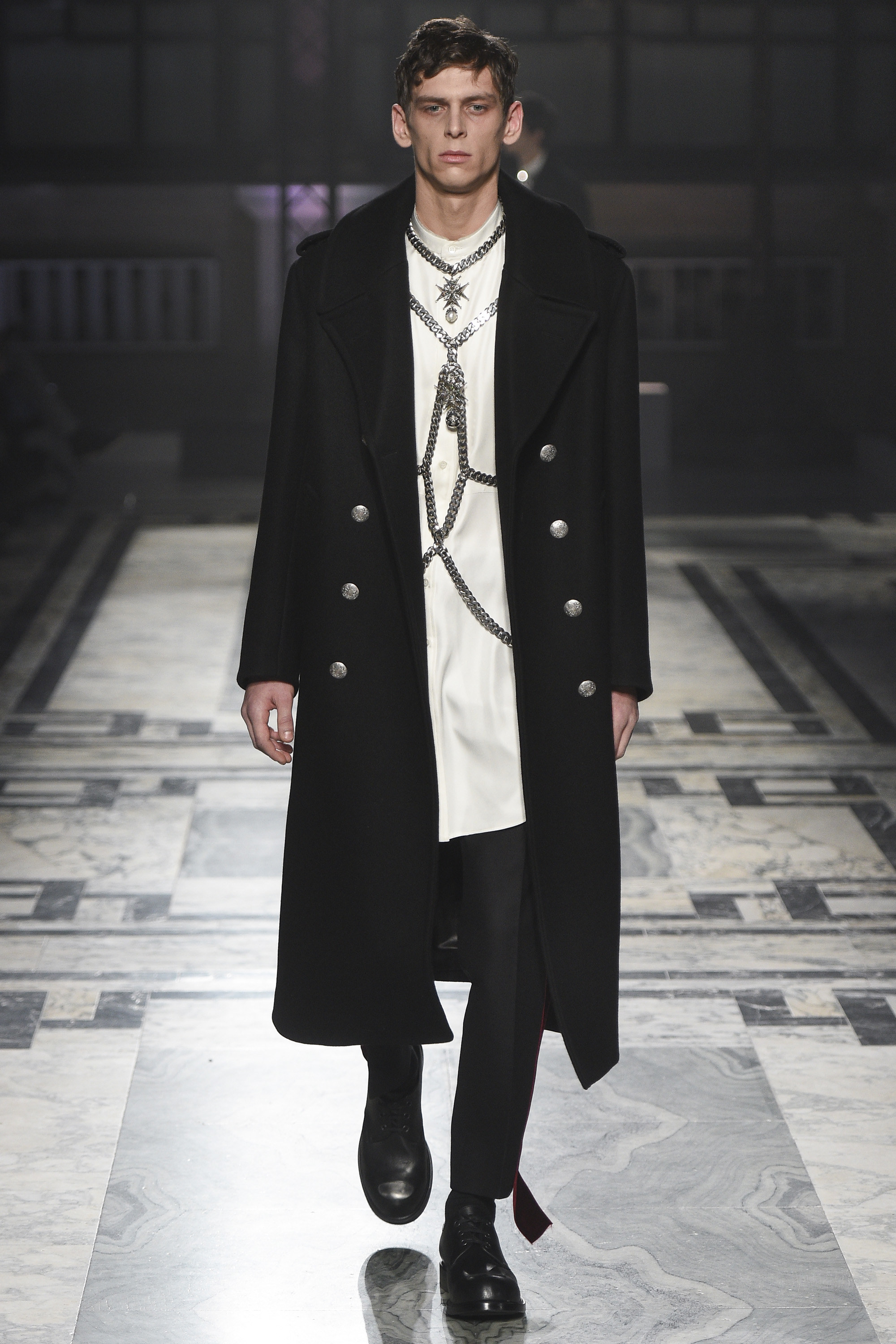 But the ‘talismans’ did not stop there. As to the ‘Obsessing + Collecting,’ moths + butterflies were seen embroidered on coats + jackets, while coating a tailored suit, with the precision of an obsessive compulsive butterfly collector. But it goes without saying how moths have forever been a McQueen ‘talisman’, being present in many past collections including Spring 2010 with the ‘moth’ dresses + his VOSS Spring/Summer 2001 runway show, which took place in a makeshift asylum, where a giant mirrored box was presented to the audience, containing fetish writer Michelle Olley in a reclining pose, depicting photographer Joel Peter Witkin’s ‘Sanitorium‘, while moths fluttered about (MUST WATCH). 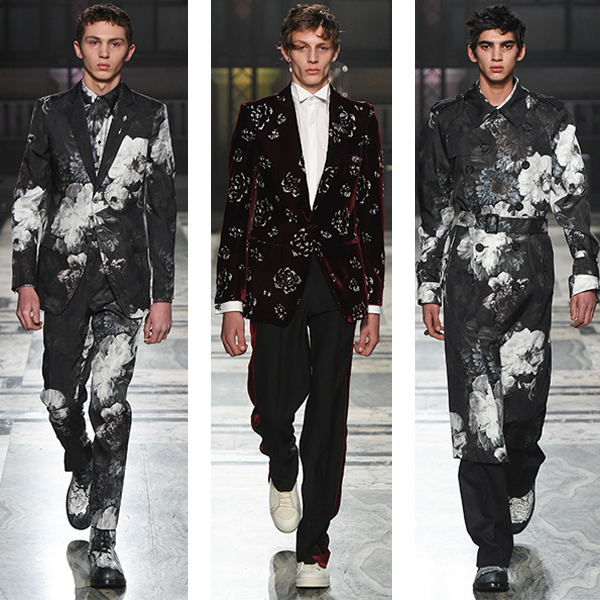 Yet, no matter how tailored the looks were, they always seemed to have an ease to them. A for instance would be the velvet look above center. Here, you have a velvet jacket, embellished with floral beadwork, over a tuxedo collared shirt, paired with tuxedo pants, bearing a side velvet stripe, which seemed to have the relaxed look of a tracksuit pant.

Overall, the collection is very wearable + would appeal to almost any man, as there’s something here for everyone to wear in full, or separately. 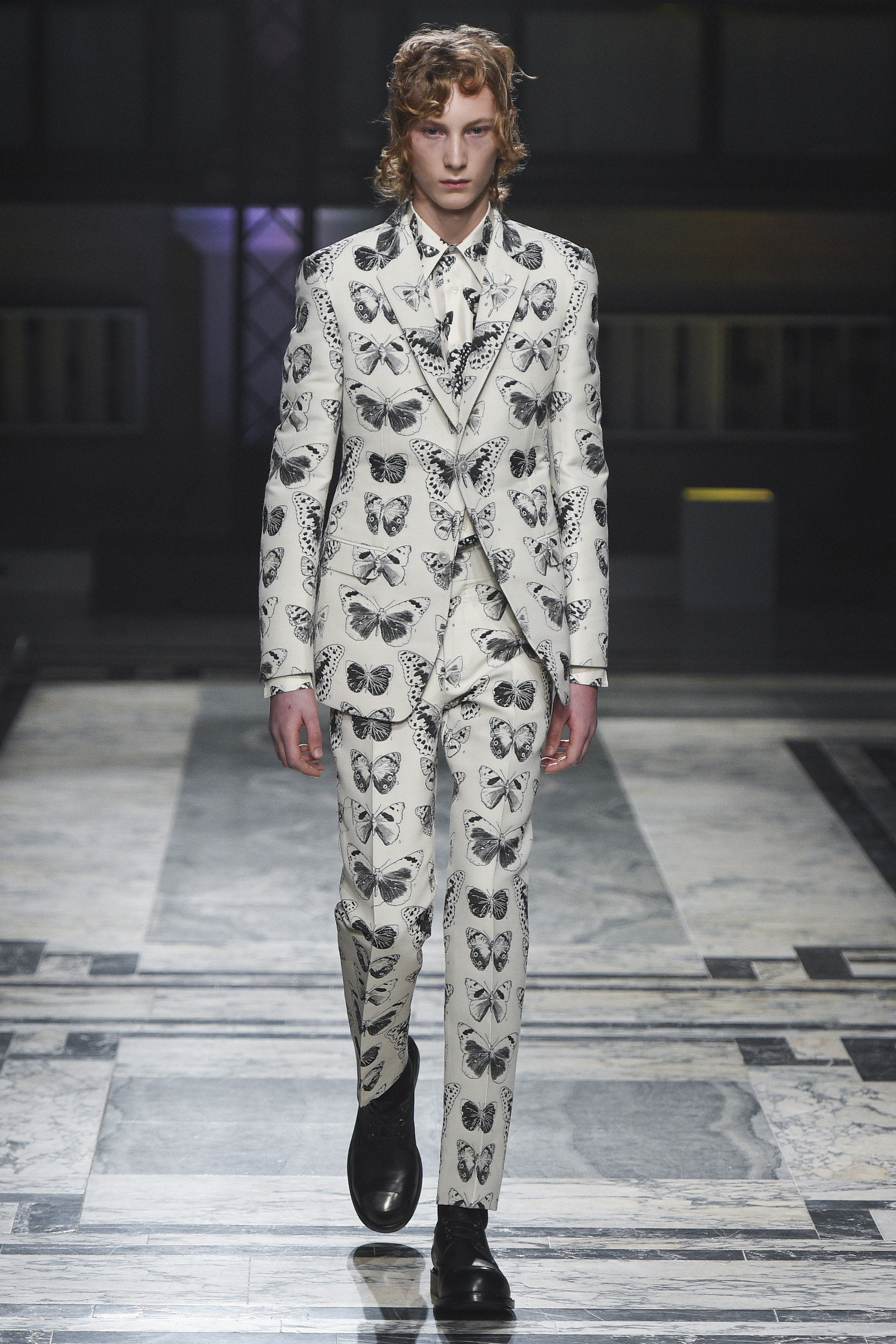