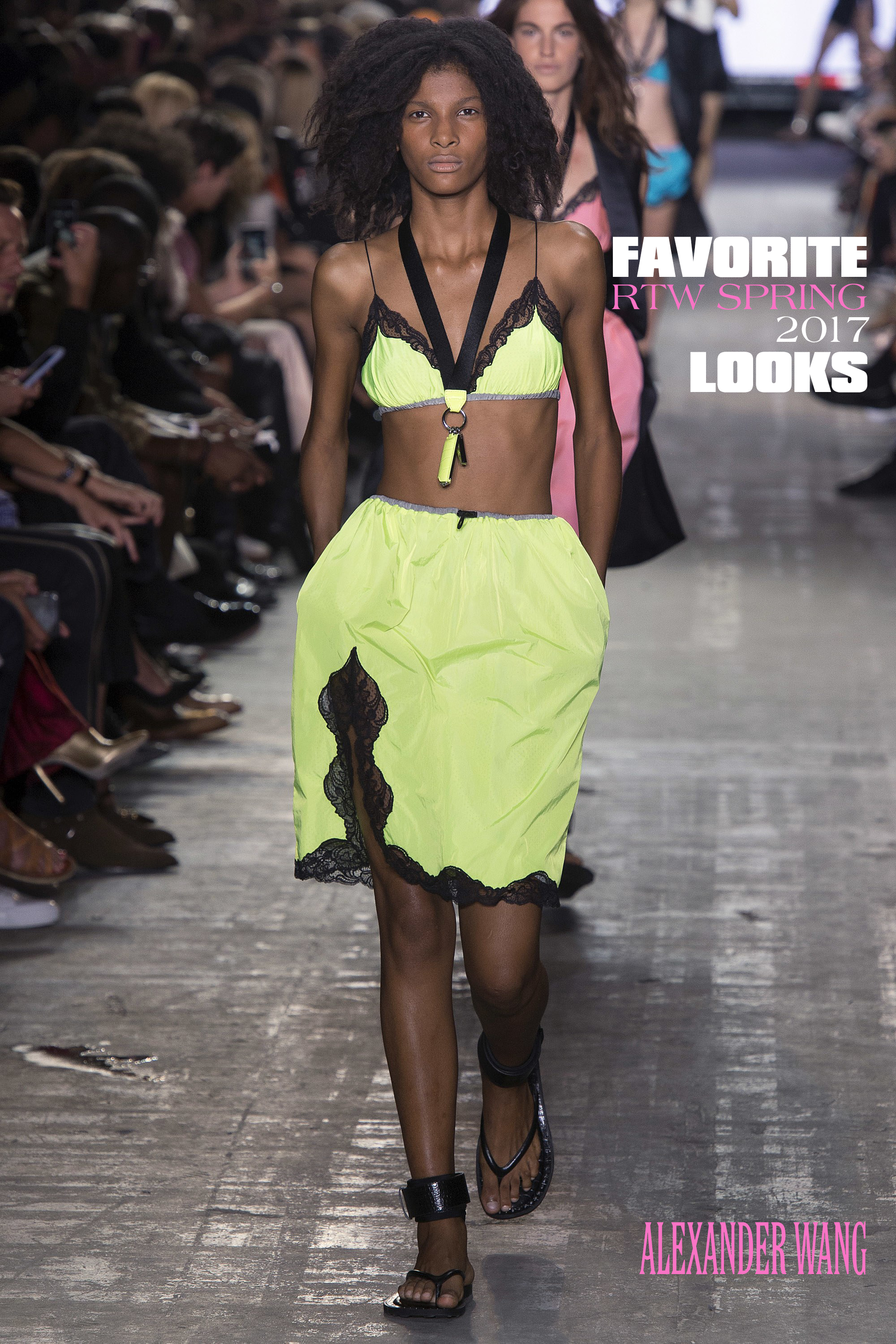 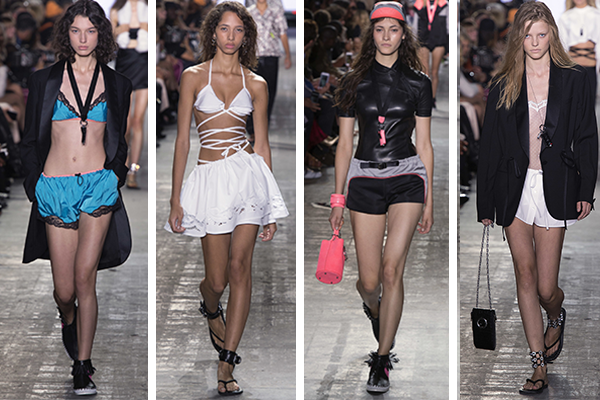 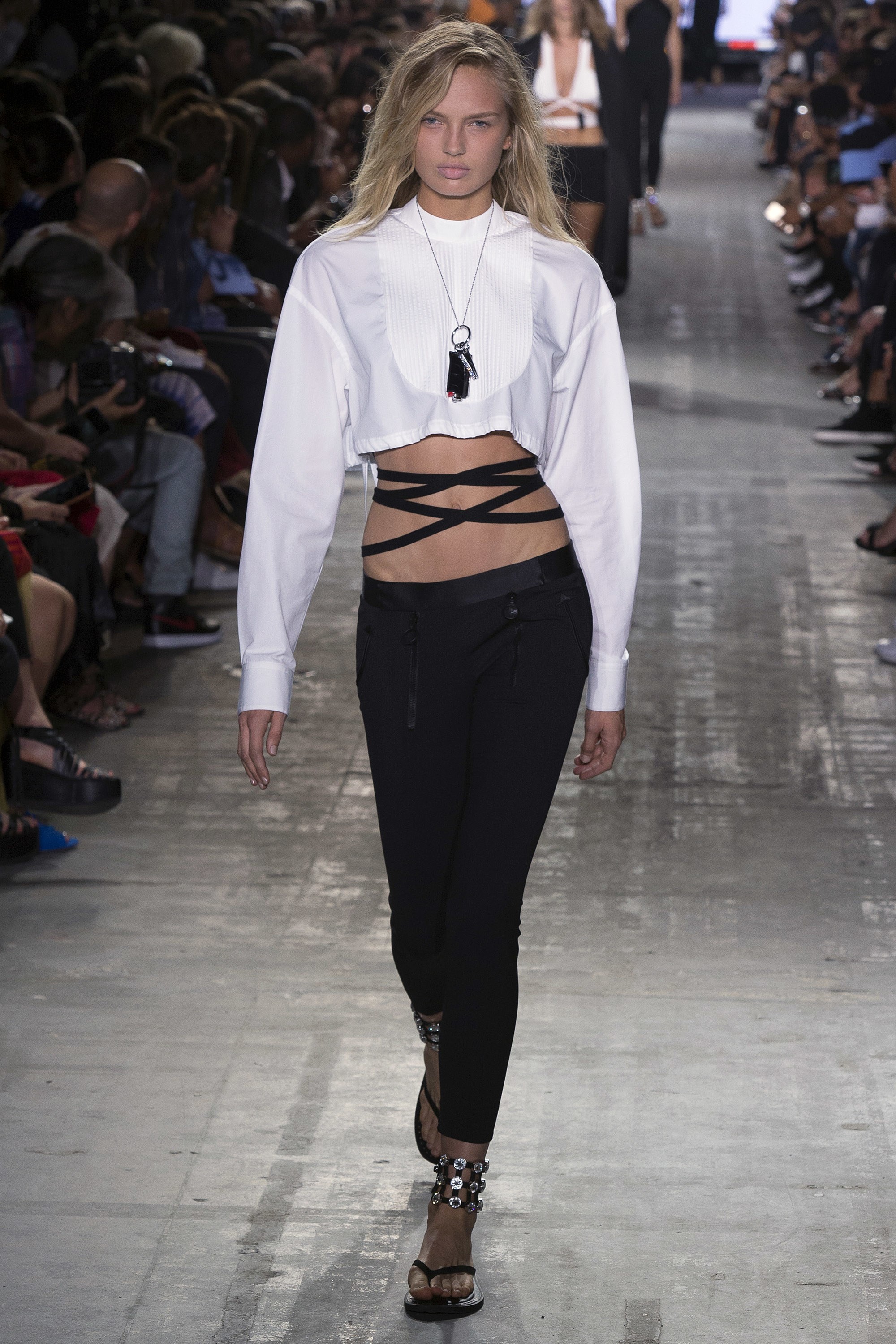 For his new RTW Spring collection, designer Alexander Wang peppered his signature style with a lot of his Cali roots. But what was most exciting for this opus was his collabo with Adidas Originals, a wickedly iconic brand in its own right. As VOGUE RUNWAY mentioned how it has been a project that took a year in the making, models sold Adidas via Wang in everything from hoodies, black tees, sweatshirts, basketball shorts, + tearaway pants with infamous white stripes + inverted versions of the famous Adidas logo, down the catwalk.

There were lots of looks that simply took you back to the beach by way of rash guard dresses + plenty of silk bikini tops, still very sporty in vein but meant more for nights out. A lot of these bikini tops were paired with short A-line skirts with embroidered cutouts along their bottoms. Sequins made their way down the runway embellishing everything from wrapped maxi skirts, baring a high front slit, a black mesh tank over an emerald green sequined tank, to a tank maxi dress. Backstage he called this show, “50 Shades of Grey meets Lords of Dogtown,” as per VOGUE RUNWAY, + sex there was in the form of lace + sheer tops, paired with a black blazer + belted shorts.

Lace was en masse from everything on neon slip skirts + camis to the hem of a short navy spaghetti strap dress, that was tied in the front, as if by the longer skirt that made the back of the dress. What was particularly sweet about this piece was the rose print peeking from inside.

But as with all of Wang’s designs, there was one standout sporty element that stole the show. In this case, it was an obvious white fur wrap made to look like a white athletic towel, complete with a monogrammed AW + worn around the neck as such, down the runway. Genius! 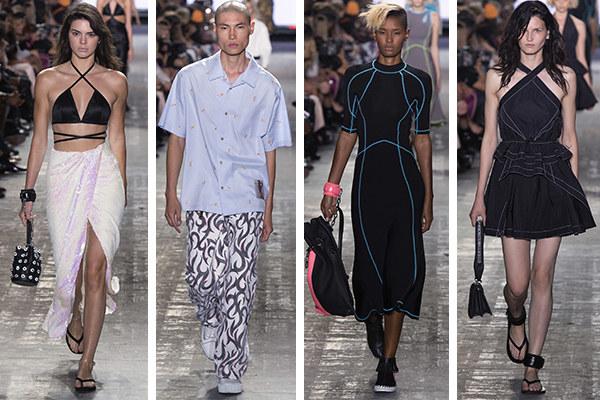 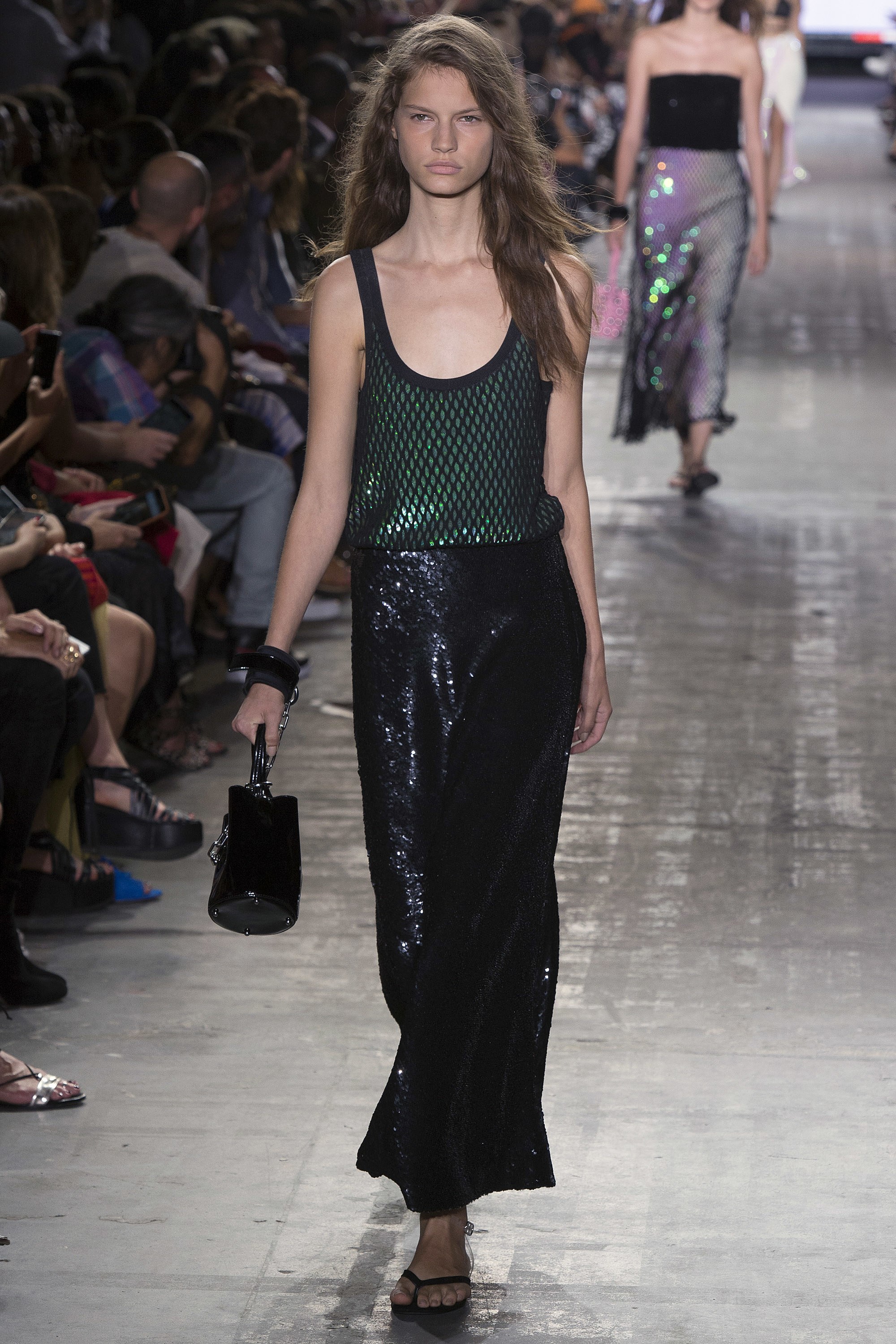 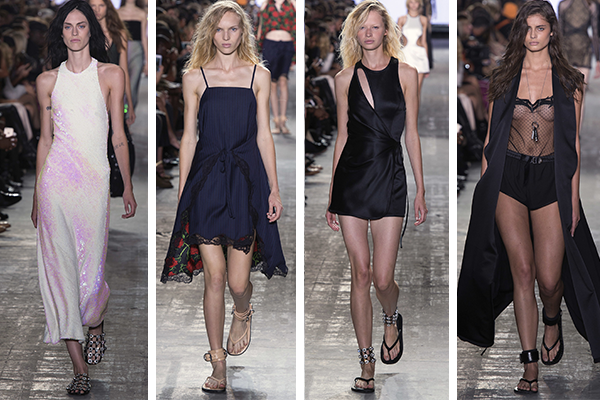 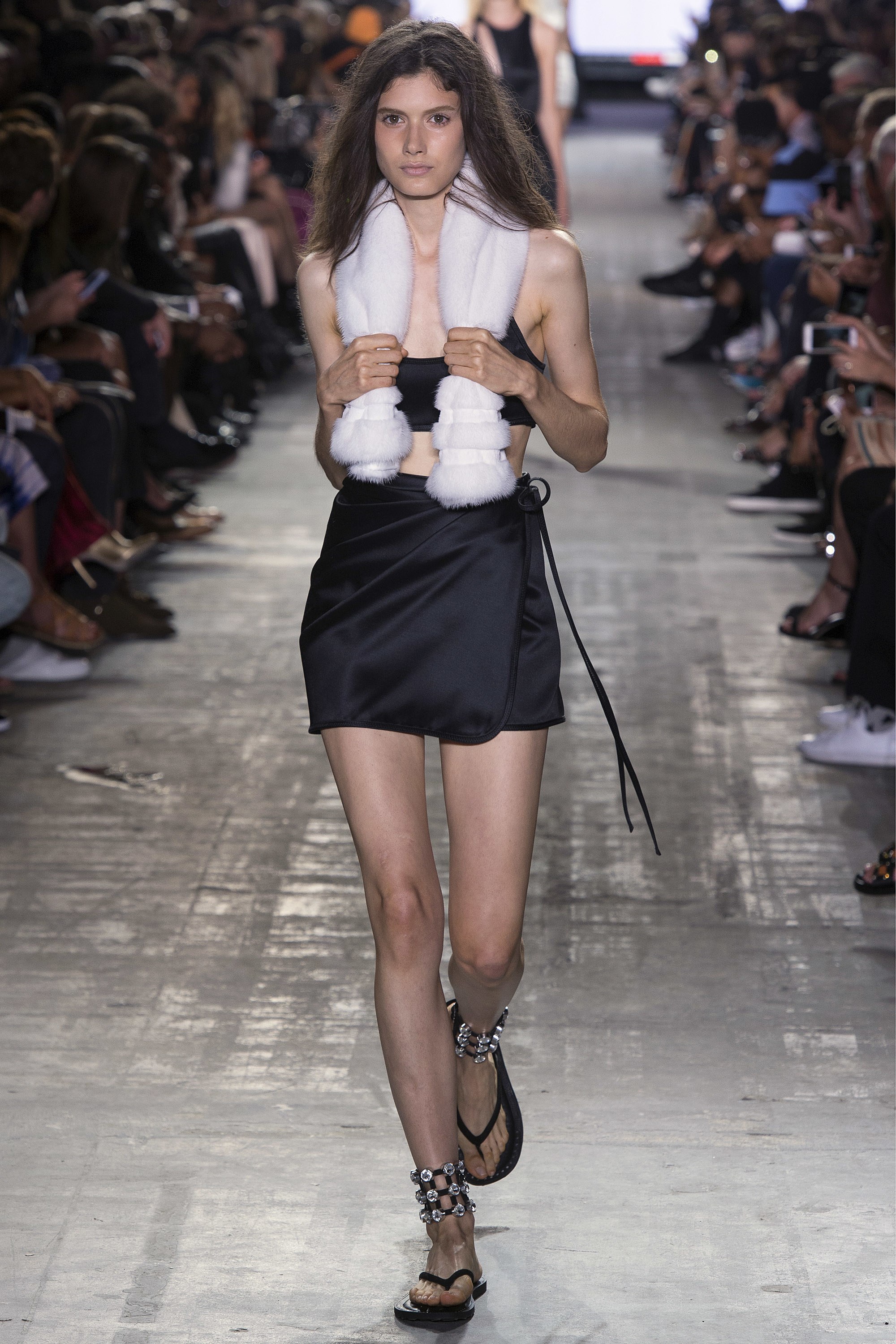