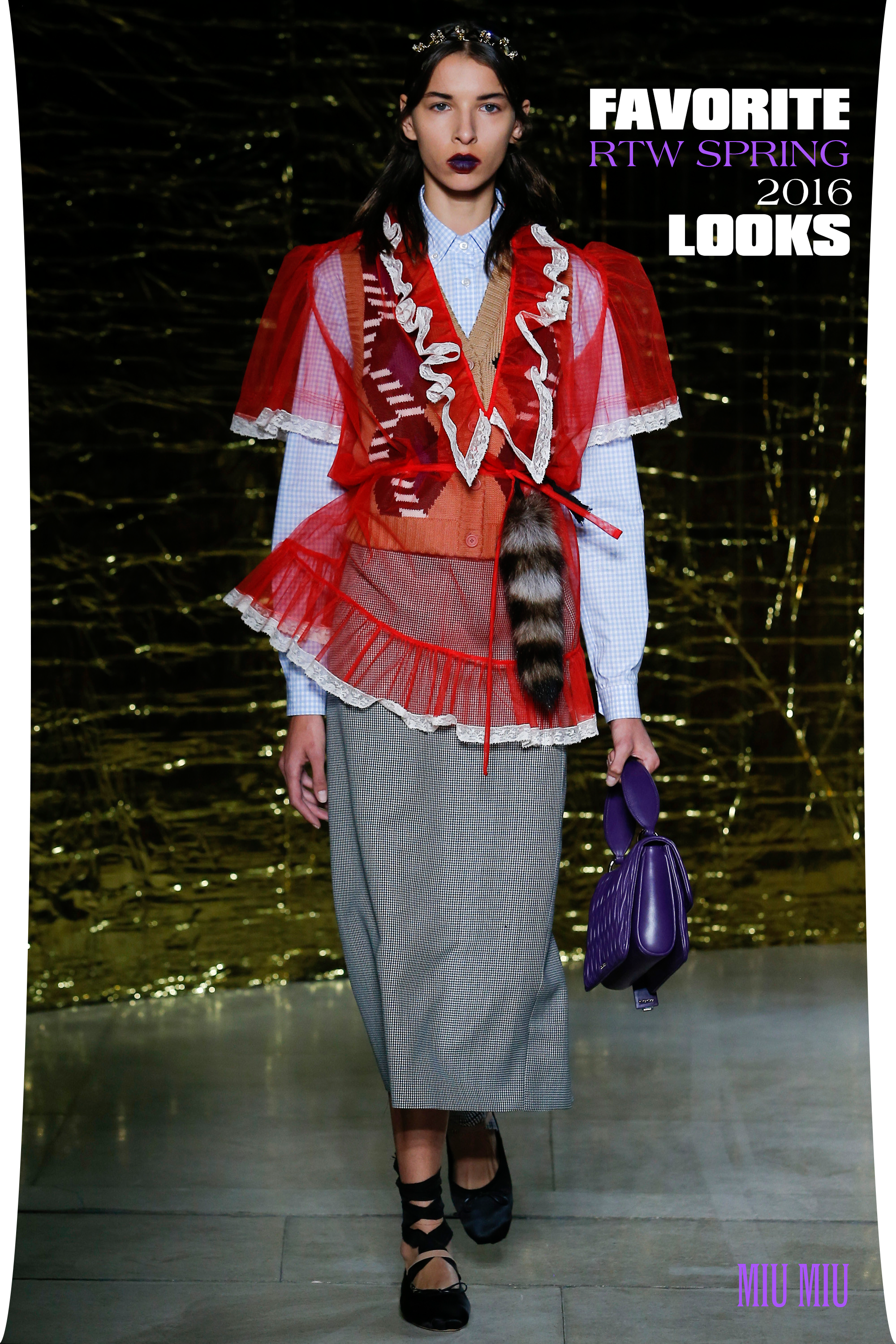 If there’s one thing I love is layering + the way Miu Miu did it for its RTW Spring collection is on point. There was plenty of layering sheer items over most looks including sheer colorful wrapped baby nightgowns, over vests with a checkered button down underneath or a short sleeved polo, paired with a long pencil skirt. Other times, you would see what appeared too look like a long sheer shirt dress, with a ruffled button placket peeking from under a sweater or, a mid-length sheer dress with a ruffled collar + patterned front panels, from waist down, over a buttoned down shirt under a simple jacket.  What was great about these baby nightgowns was how cheap they looked. They appeared like they could almost exfoliate your skin, but being Miu Miu, they’re most likely smooth to the touch.

Another layering example that made me smile was a sleeveless mid-length patterned dress with a peter pan collar over a velvet polo shirt with puffed sleeves worn on top of that checkered button down shirt again (row 3, pic 3). 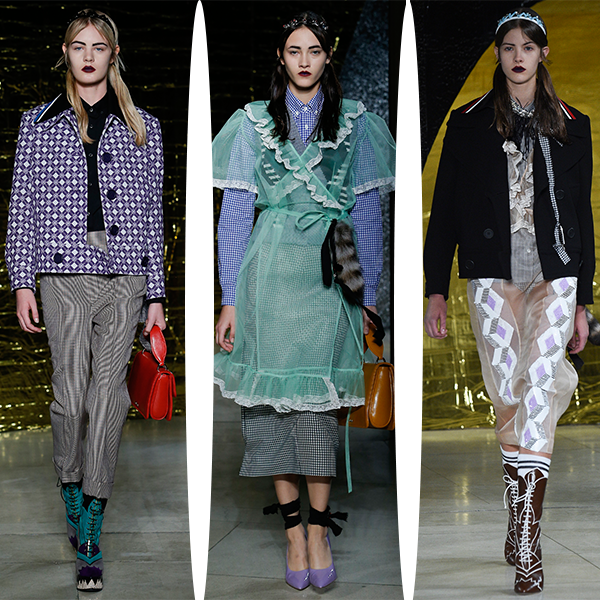 Patterns as usual, played a big role in this collection, which chimed in on its retro vibe. You could almost go back in time with these looks, but, the accessories fast forwarded them into the future. Either the models were wearing pointy stiletto heels with fabric ankle ties, sometimes in contrasting colors or patterns + other times, you’d see mixed pattern or textured boots, with front laces, just to name a few of the footwear styles.

The raccoon tail accessory in theory would sound like an off choice, when thinking of pairing it with a dress or skirt, but when you see the way that Miu Miu styled them, it all made sense. 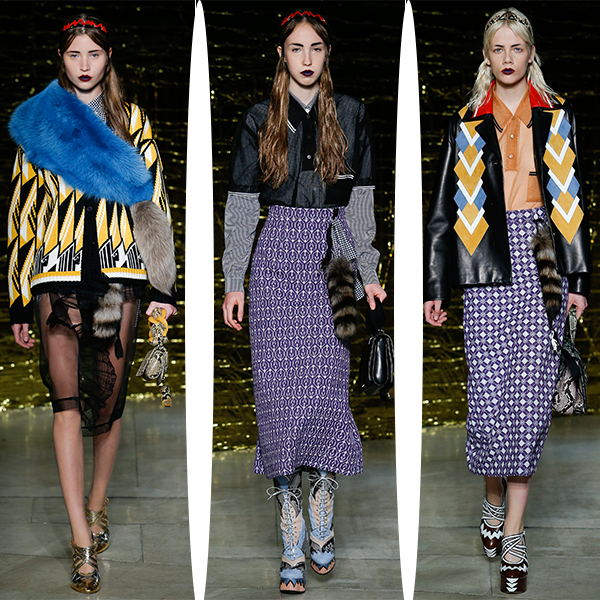 Keeping the hair simple with just a headband, along with a very strong lip in burgundy, accented with an electric almost iridescent dark purple in the center, played well with the variety of outfits.

Overall, the collection is quite beautiful + very wearable but my condolences go out to all the vintage shops out there. I’m certain many stylish chicks will end up raiding these shops for sheer anything, especially nightgowns, + fur stoles, to layer over their favorite Miu Miu look come Spring. 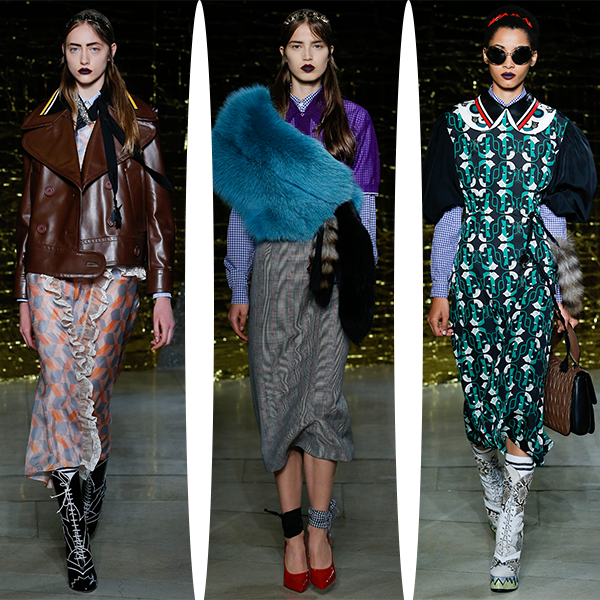