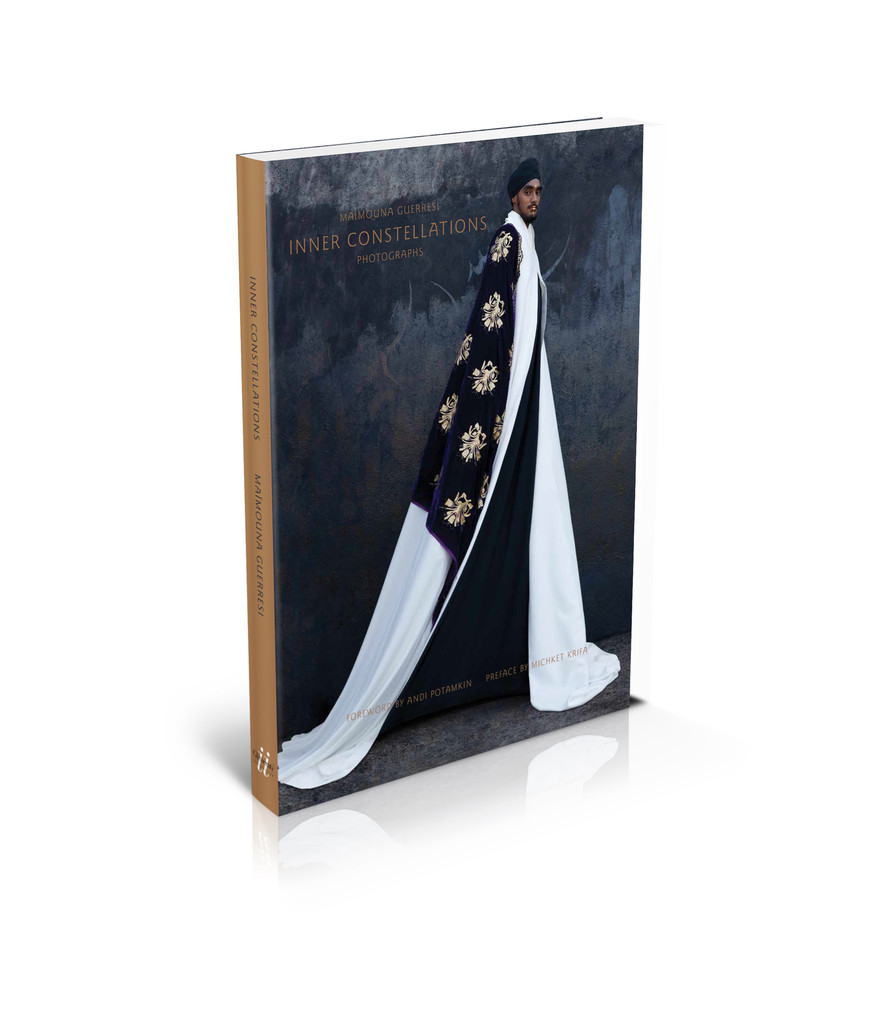 In her 1964 diary, the great feminist photographer Susan Sontag, described art as ‘a form of psychological nourishment, holding a promise to inner wholeness.’ It is this same promise to inner wholeness that is beautifully achieved through the photos inside, Inner Constellations: Photographs by Maïmouna Guerresi, © 2015, published by Glitterati Incorporated. Marrying diverse cultural + religious influences, through sculpture + handmade costumes by the artist, assisting Maïmouna’s final photographs, in a succession of occupying a space, described by curator + International Commissions Editor for art publishers Rosa Maria Falvo, as “both personal + collective, physical + metaphysical,” this artist is able to conjure imagery that engages with eerie finesse. 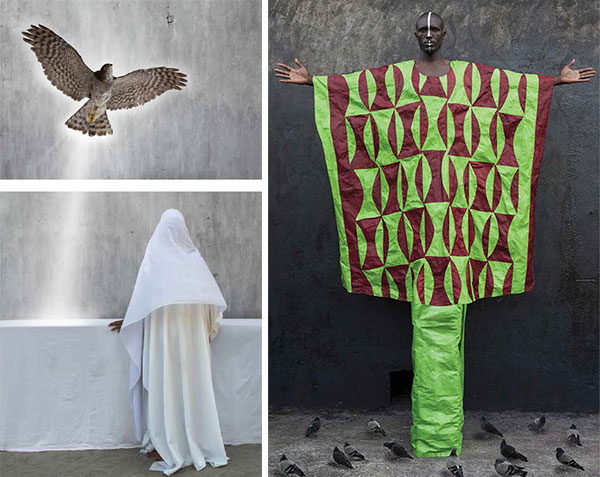 Subjects are often draped in capes decorated with bright punches of either solid colors or rich African patterns, empowering the photo’s final overall graphic look, up against solemn backdrops painted + created by the artist herself. Through Maïmouna’s own spiritual transformation, as a Catholic to then a devout convert of Islam, it was this reawakening of faith that infused her work with the richness of Islamic history + iconography, with a particular emphasis on Sufi philosophy, which contends that all of the world’s religions originate from a single divine source, giving birth to such hypnotic works of photography. 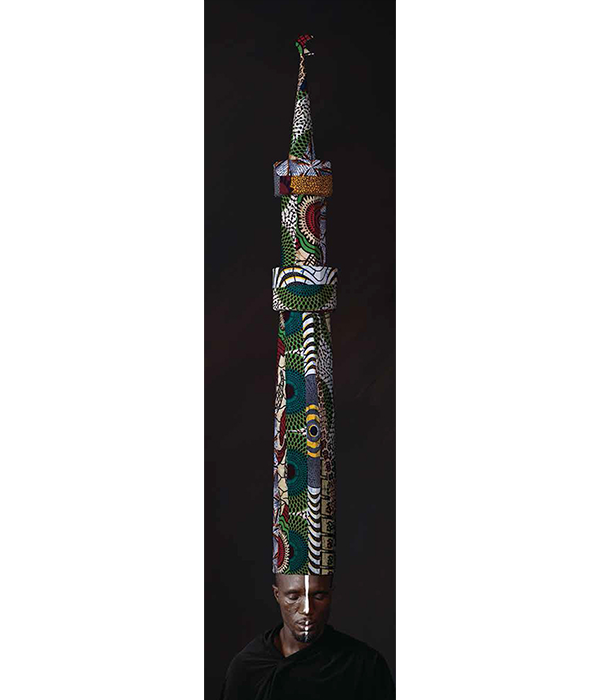 Currently, with a world under daily unrest over the manipulation of religious doctrine, specifically that of Islam, Maïmouna’s reverence of the same religion through her art, allows the viewer to take pause + relish in the beauty of religion + its symbolism. Andi Potamkin, co-founder of Kasher|Potamkin, an art gallery-boutique hybrid writes, “Costume is the fist step in creating character. It is the visual key into the world, informing the viewer-This is who I am. This is where I exist,” which flawlessly transports each photo’s subject to an unearthly realm, setting the perfect stage for the many characters throughout this book, divided into ‘Giants’, ‘Signs’ + the ‘Cosmos’.

As you notice by the artist’s pictures here, you can’t help but feel a certain sense of calm with what your eyes bear witness to. One could easily think that what they’re seeing is not altogether human but something much larger than that. At times, a lot of the subjects in the book, look as if they’re floating, due to their supernatural powers. ‘Maybe’, one might ask, ‘he or she in the picture is really a spiritual entity here to evoke change of perception, as Maïmouna has done by treating the human body as sacred dwelling place – a “temple of the soul.” Female subjects also tend to take center stage in a lot of Maïmouna’s work. Here, women are treated as powerful symbols of the feminine divine, altars to the primordial act of creativity, which makes perfect sense, as women are mothers or instruments of creation. 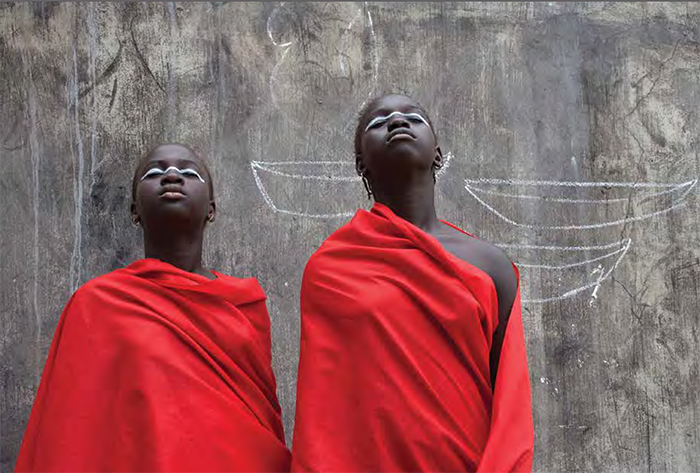 A book full of photographs drenched in honest adulation of religious rituals + symbolism, that create a unique + enchanting visual mythology makes Inner Constellations: Photographs by Maïmouna Guerresi, © 2015, published by Glitterati Incorporated worth coveting + a definite ‘must have’.