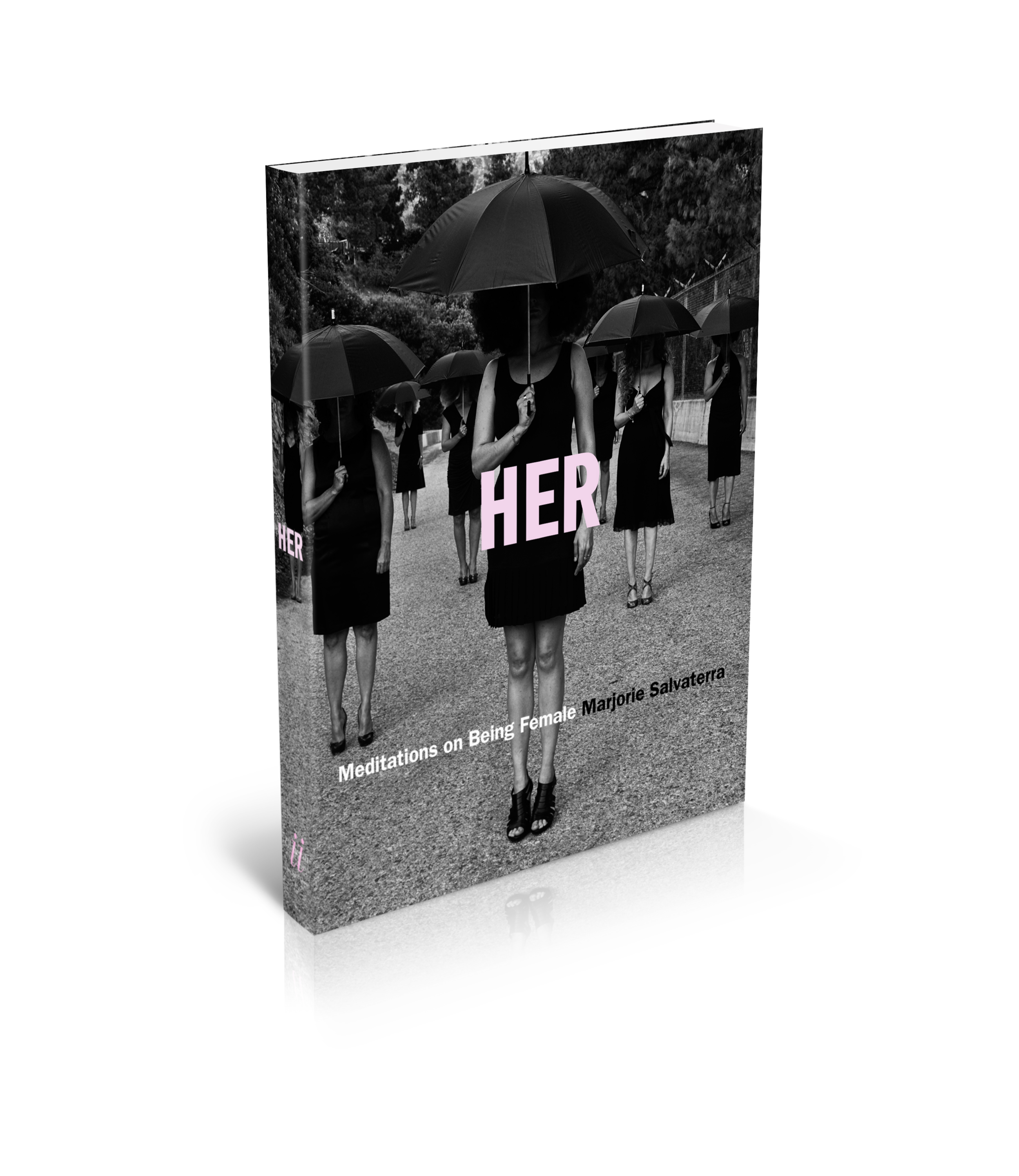 Famous essayist Anaïs Nin once said, “I take pleasure in my transformations. I look quiet + consistent, but few know how many women there are in me,” + yet, believe it or not, with the oversaturation of social media feeding everyone’s ego, therefore putting most of our many selves, if so lucky, on display, you have to wonder if we’re always putting our best selves forward for the world to see after all? But in ‘HER: Meditations On Being Female’ by Marjorie Salvattera copyright ©2016, published by Glitterati Incorporated, you get swept away on this personal journey of one woman’s quest of self-exploration. Now, such exploration knows no gender, since most humans are constantly evolving with every new person met or any new thing learned, to cause a transformation of said person, yet for this book, the reader is forced to assume the guise of a woman, in this case, that of Salvaterra.

‘The Weight of Water’ 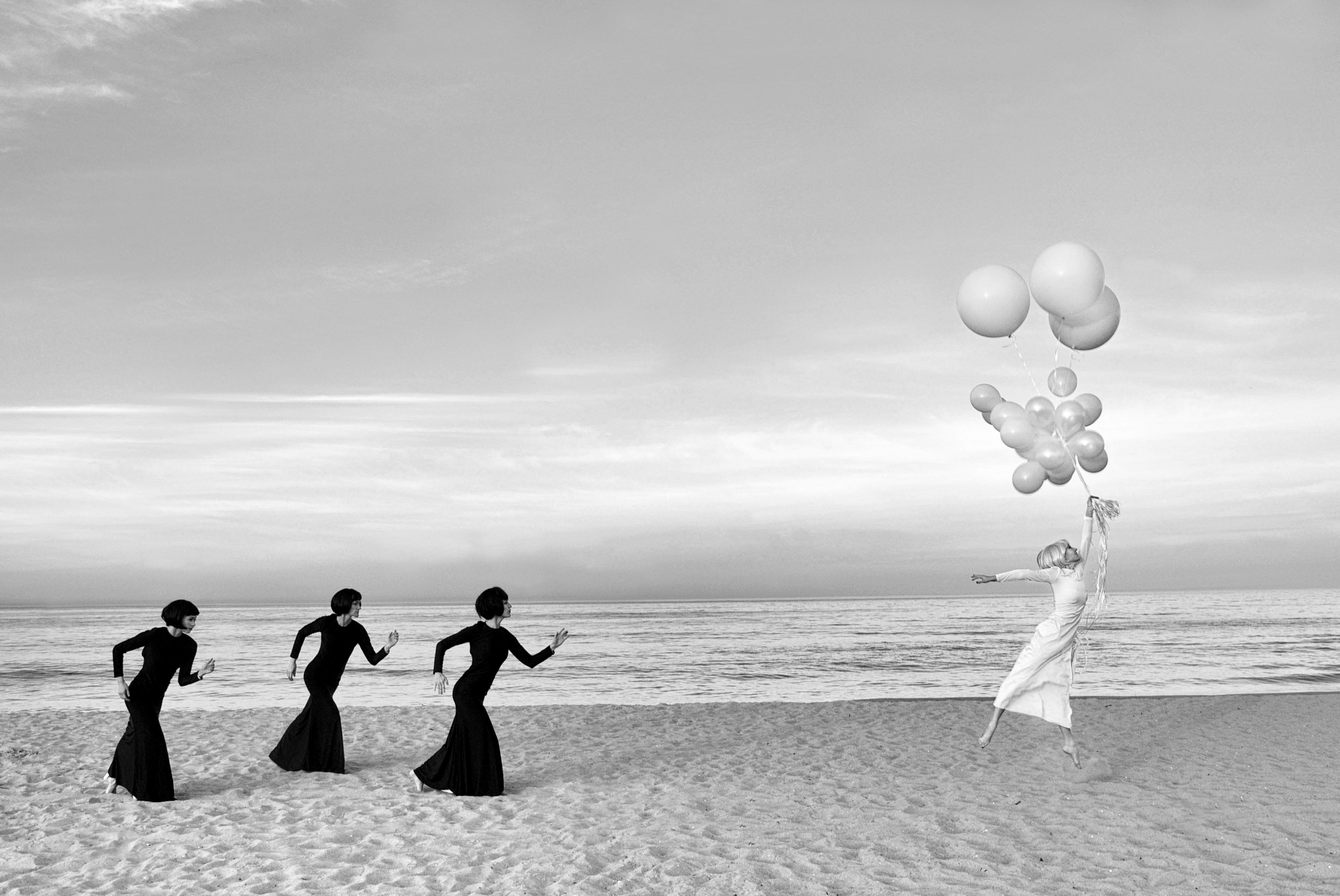 Through Marjorie’s lens, the viewer’s taken by their imaginary hand, to view various models in an array of scenarios, wearing simple yet subversively provocative costumes mostly comprised of huge afro wigs + different dresses. Some might even interpret the different looks shown throughout as uniforms a woman must don during her every day to assume the roles of mother, lover, martyr, survivor, temptress et al, simply to get by her pitfalls + triumphs. 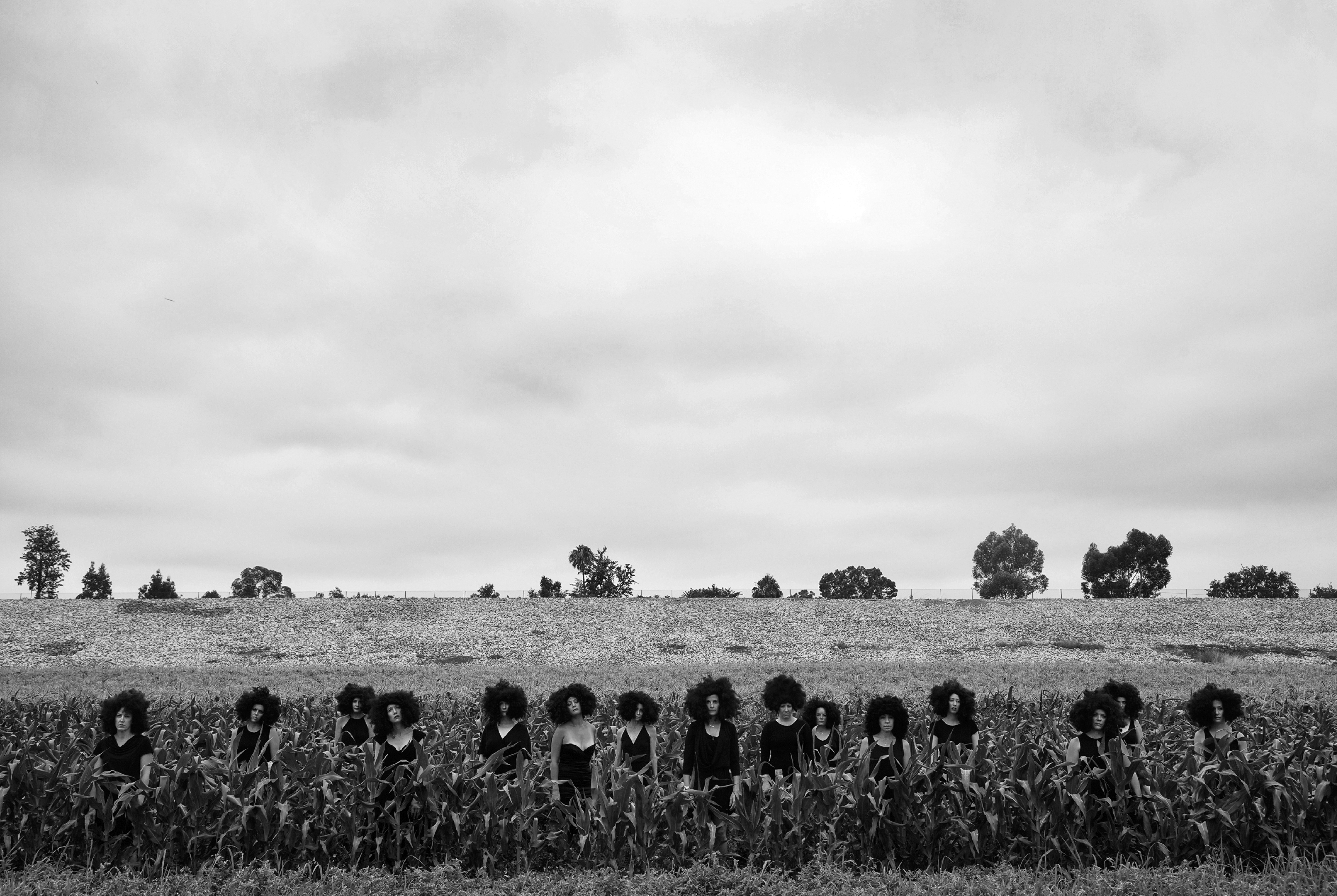 The women created here by Marjorie are full of strength, weakness, anger, humility + irony, yet beyond reproach, until you too have walked in the shoes of being a woman, which Salvaterra tries to reenact for the viewer. Most of the pics usually show a group of women performing the same movement, as if to be the extension of one woman creating an action with punctuated emotion that usually comes from the power of repetition. Sometimes, one model might be doing one action, while other model or models might be doing the opposite as if to give the picture motion through that original model’s actions, as in pic ‘Up’ above. 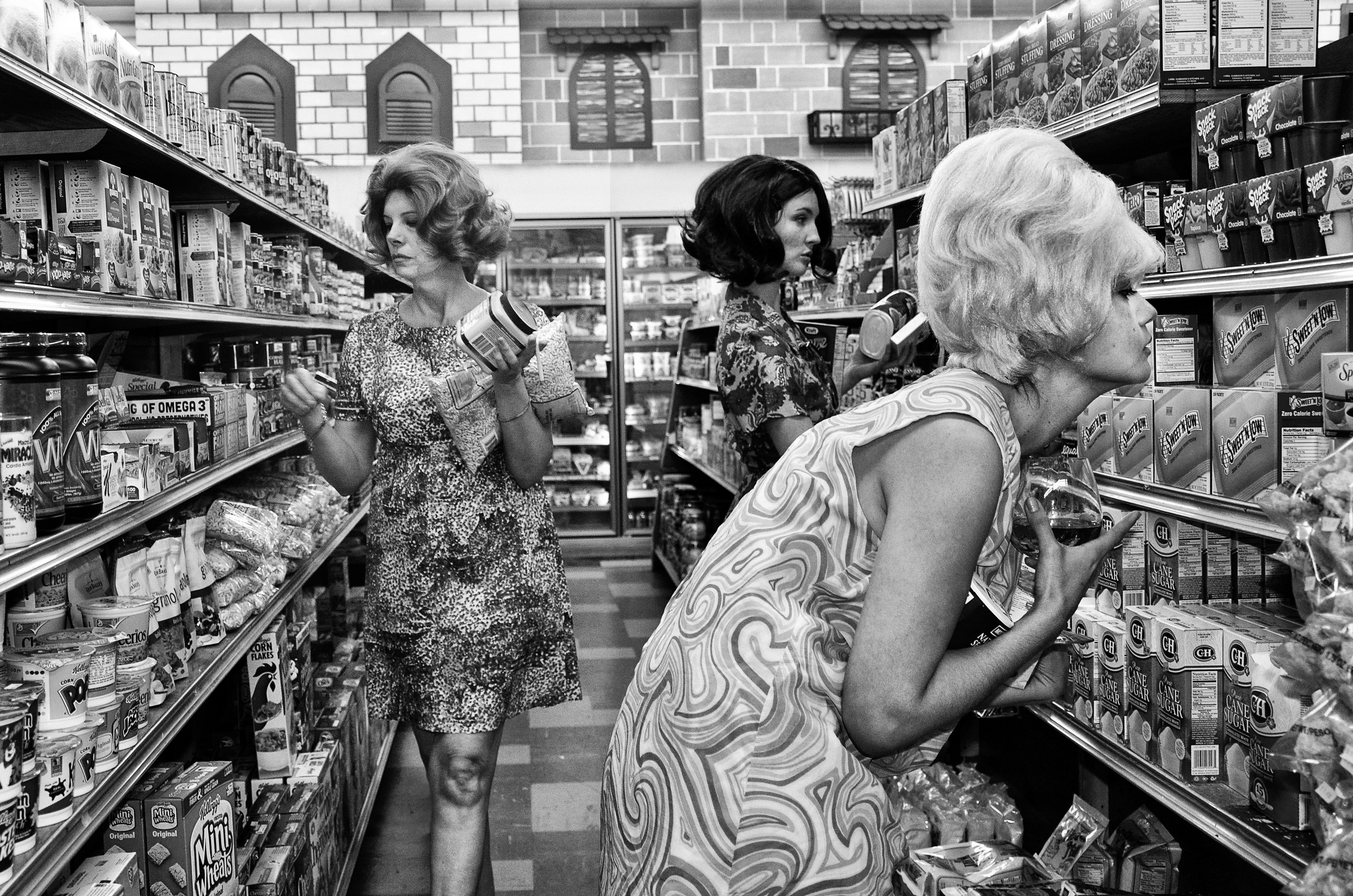 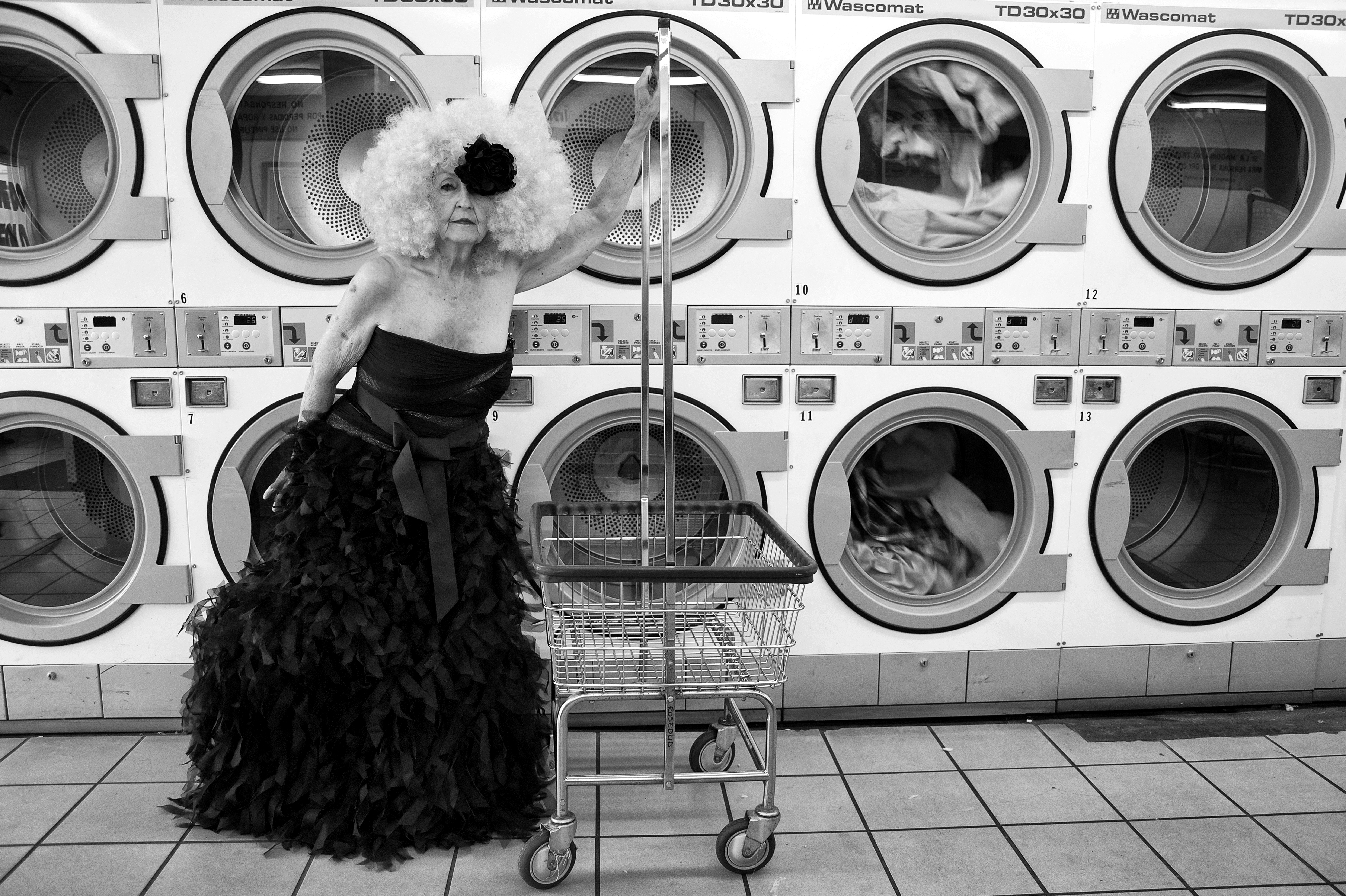 What’s also special about Marjorie’s pictures is how she also touches upon incredibly vital stages in every woman’s life, including aging, which is still very much stigmatized. Take the picture above entitled ‘Old Venice Wash’, showing an older model all done-up inside a Laundromat. It’s almost as if the ‘Laundromat’ signifies her life being full of routine that just keeps on moving, and yet, although she’s aging, she still looks fabulous no matter how mundane her life might appear. 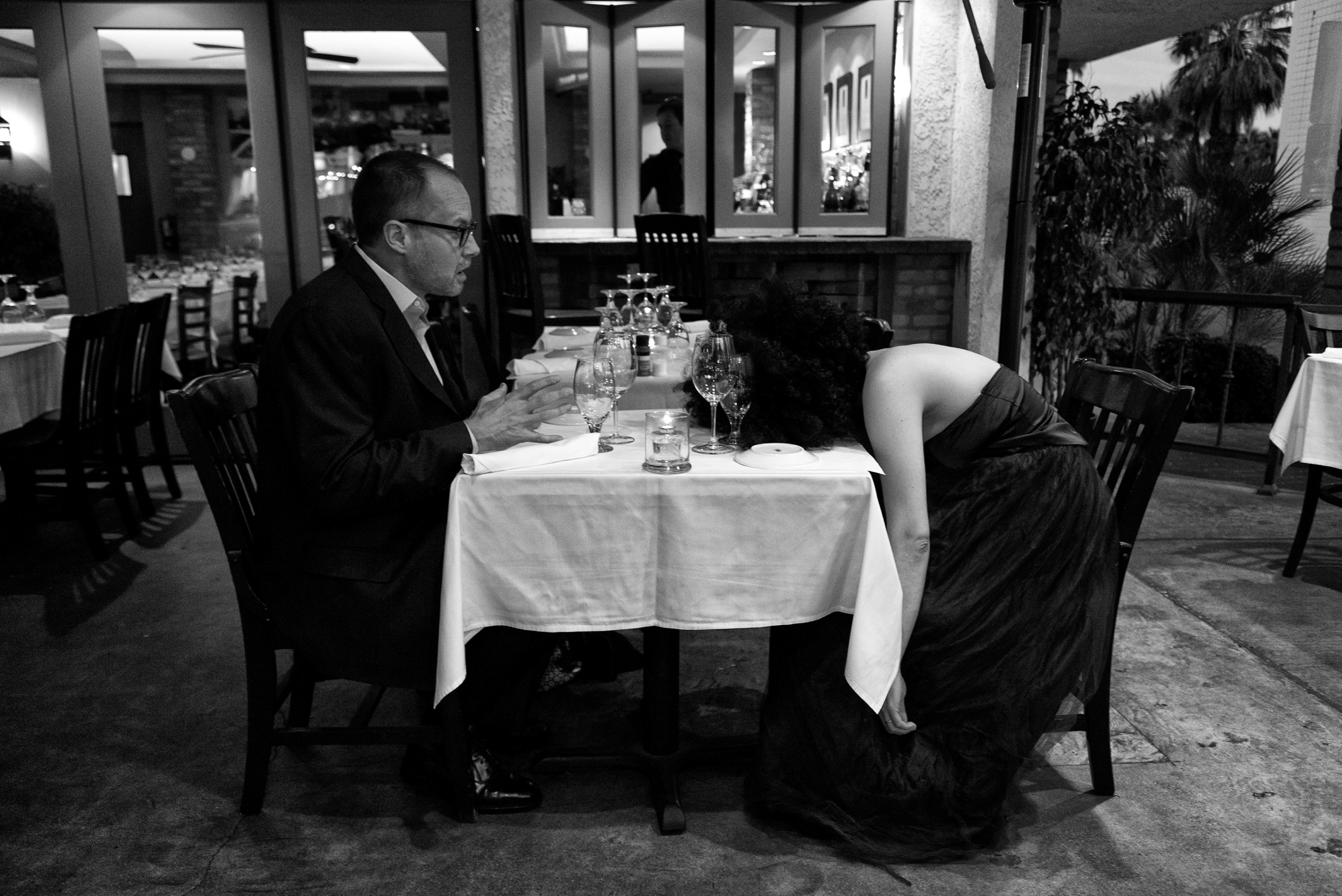 Additionally, Marjorie has an incredible sense of humor. In ‘Him’, she shows a woman laying her head down at dinner with a man who’s been caught in mid-sentence. What I love about this pic is how it symbolizes how the model doesn’t care if he’s there or not, as women no longer need men to feel validated. 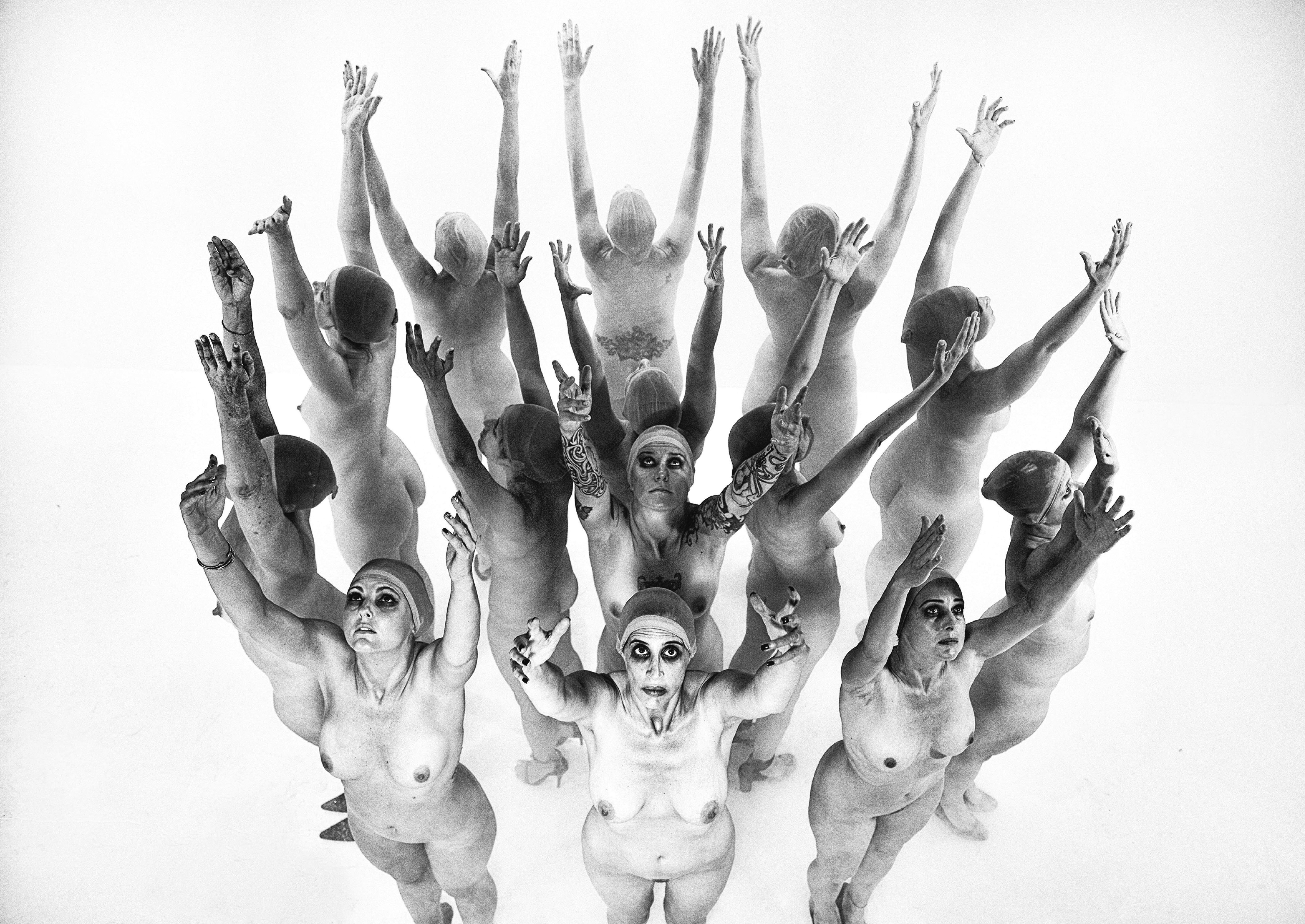 Either way, this book is sure to bring a smile to anyone who has the pleasure of flipping through its pages, to witness for themselves how one woman’s meditation on being female is not a solitary journey by any means, but rather, one to be embraced by all. ‘HER: Meditations On Being Female’ by Marjorie Salvattera copyright ©2016, published by Glitterati Incorporated, is available for purchase at glitteratiincorporated.com.