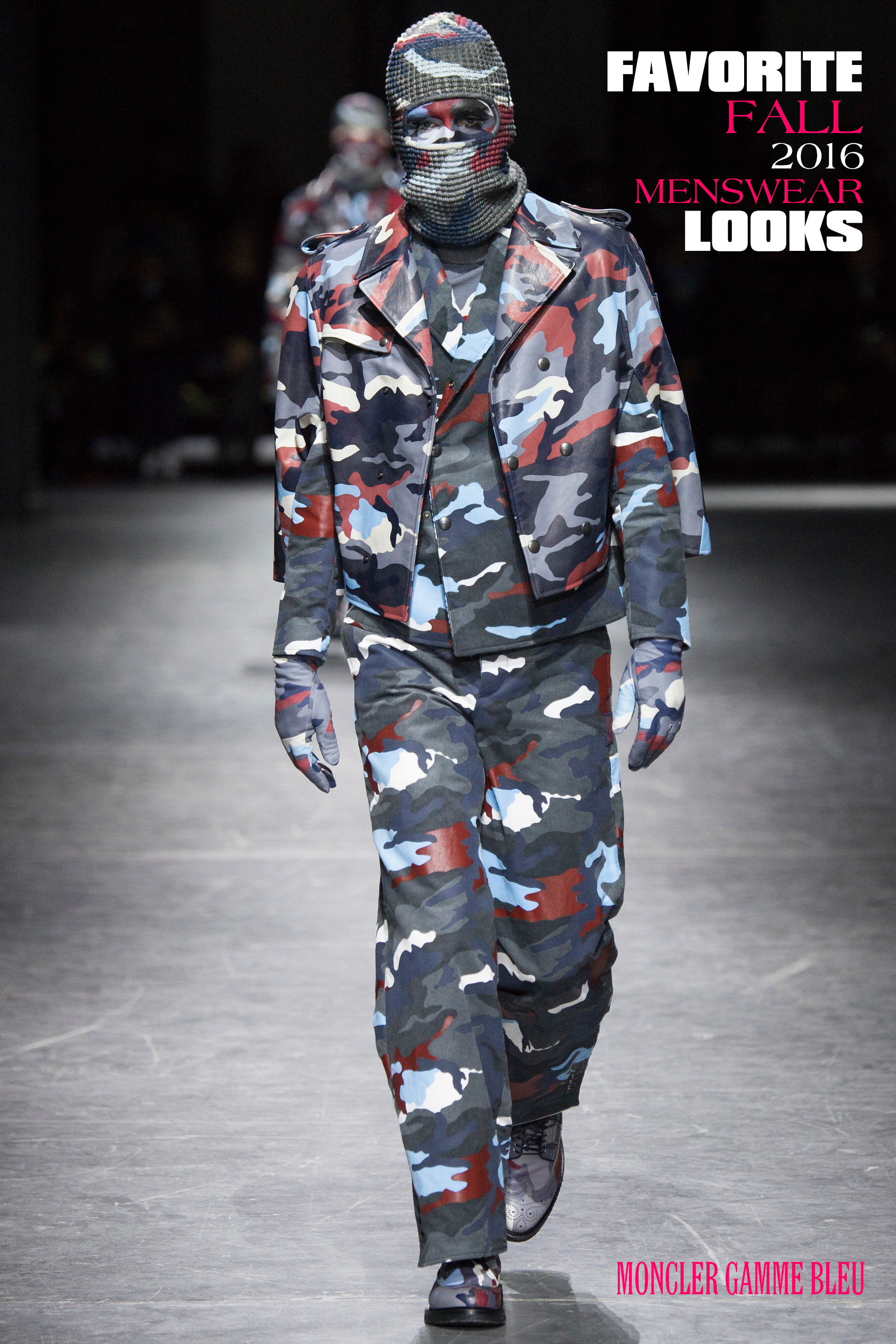 Moncler Gamme Bleu’s Fall Menswear collection has me going insane! A sucker for camouflage, the collection off the bat was a hit with me, but every nuance of each look just kept me gagging over and over again. We’re talking head to toe camo print-even the models’ faces were painted in the same pattern!

There were fur patchwork coats mimicking a camo print, in the collection’s color palette of periwinkle + sky blue, dark + heather grey + burgundy. There were grey pinstripe suits with camo print all over, while suits in the same print were not only covered in camo print, but, in plaids as well.

As far as jackets were concerned, there were short blazers + a moto cape jacket. Underneath each jacket was a button down shirt, buttoned all the way to the top with a tie in camo. And don’t think the shoes survived this camo slaughter. On the runway, you saw wingtip brogues + combat boots in camo print. 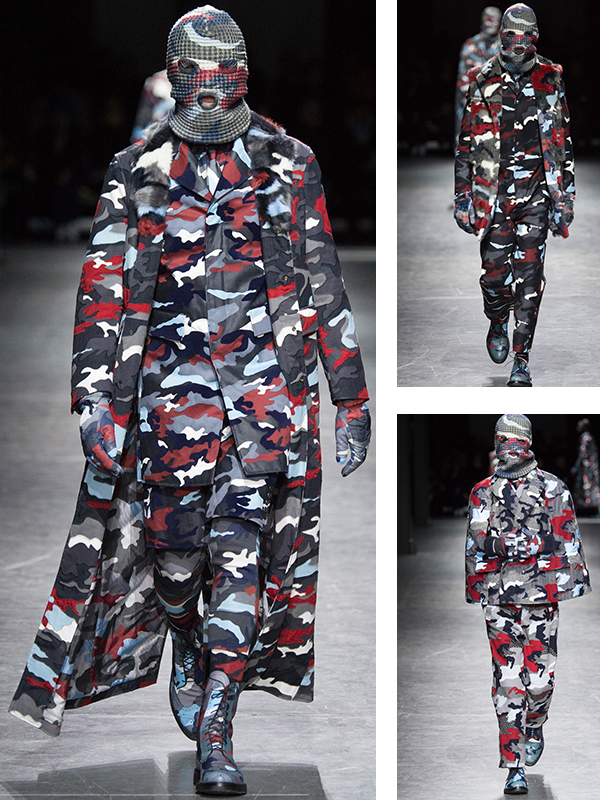 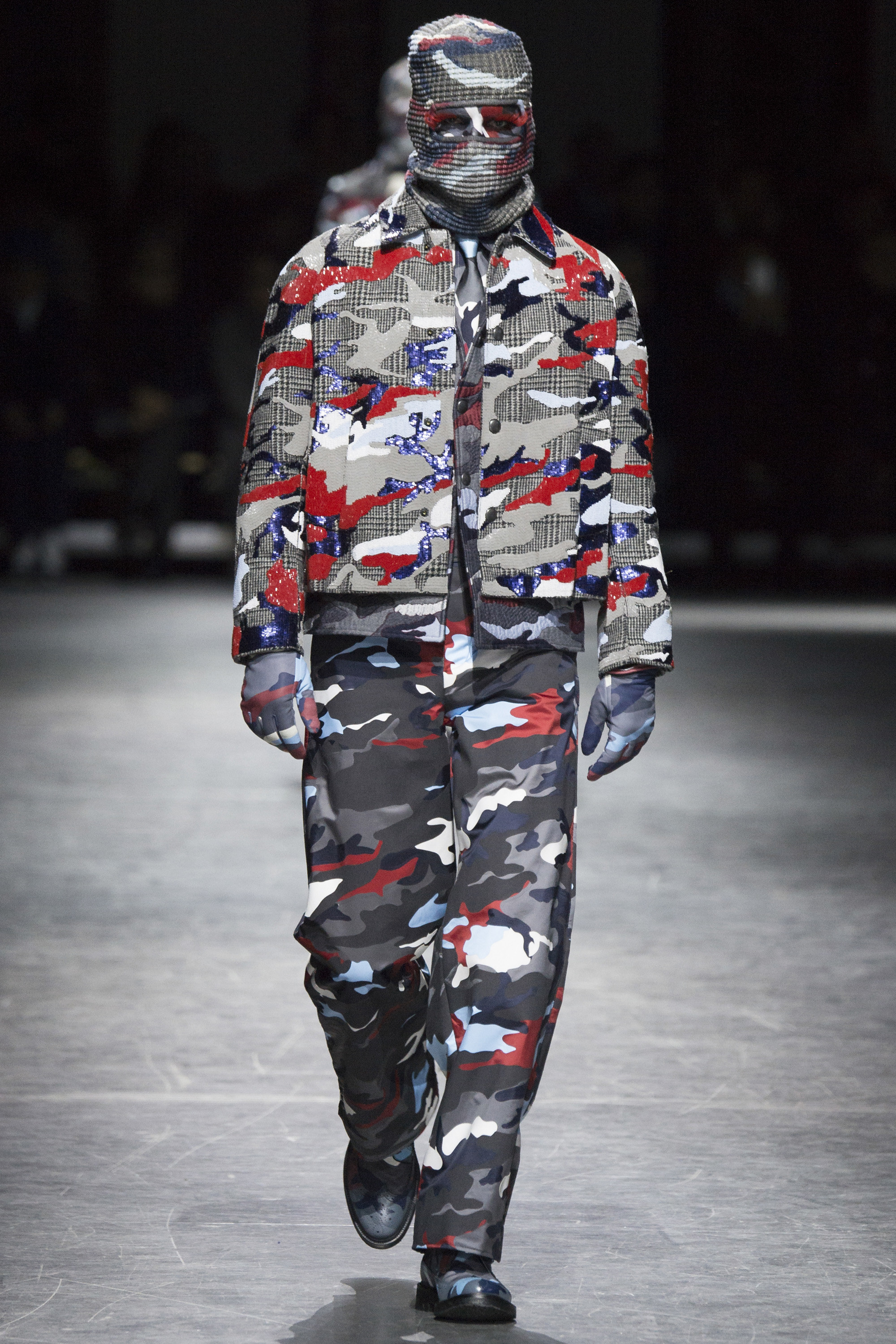 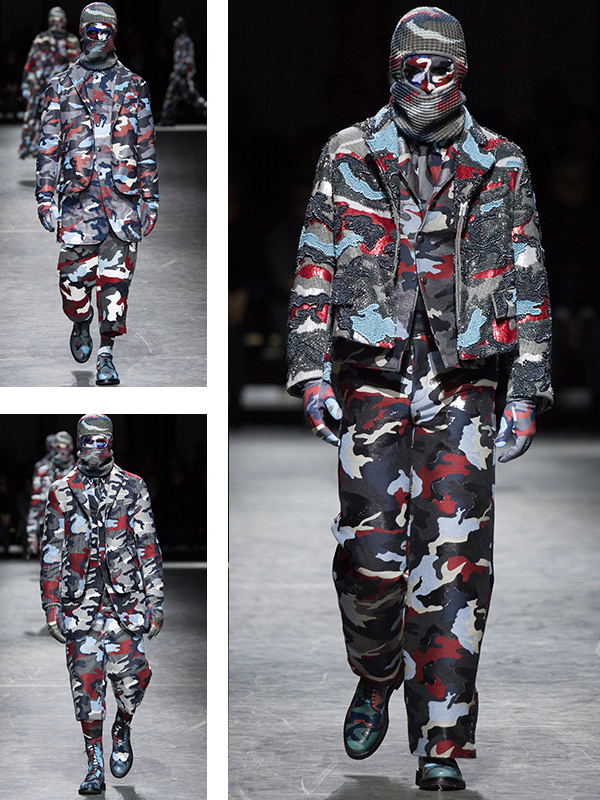 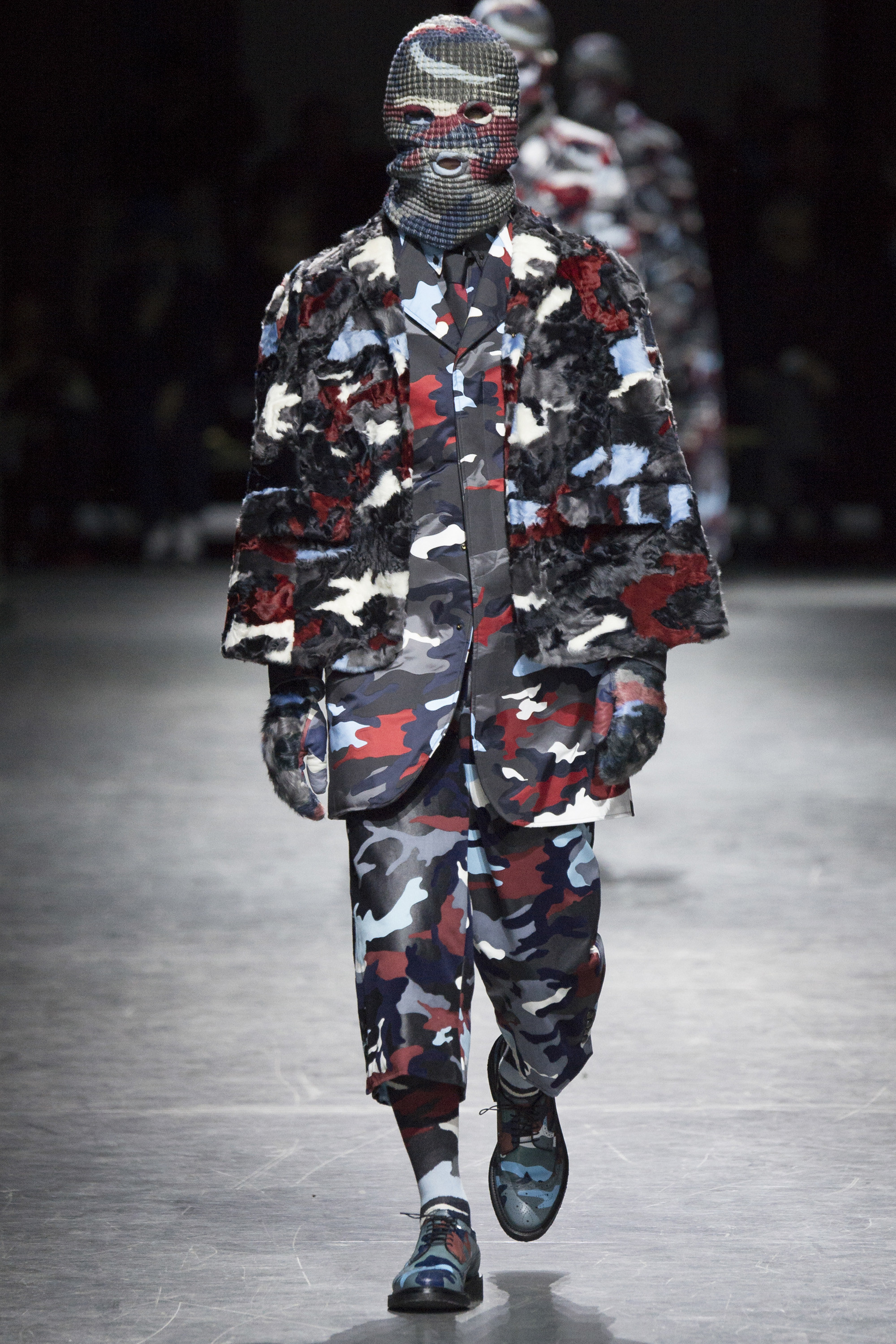 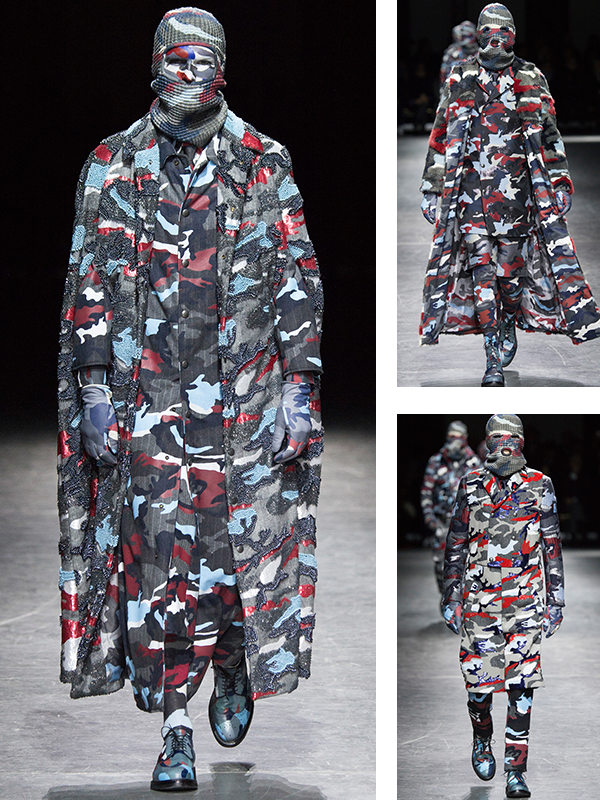 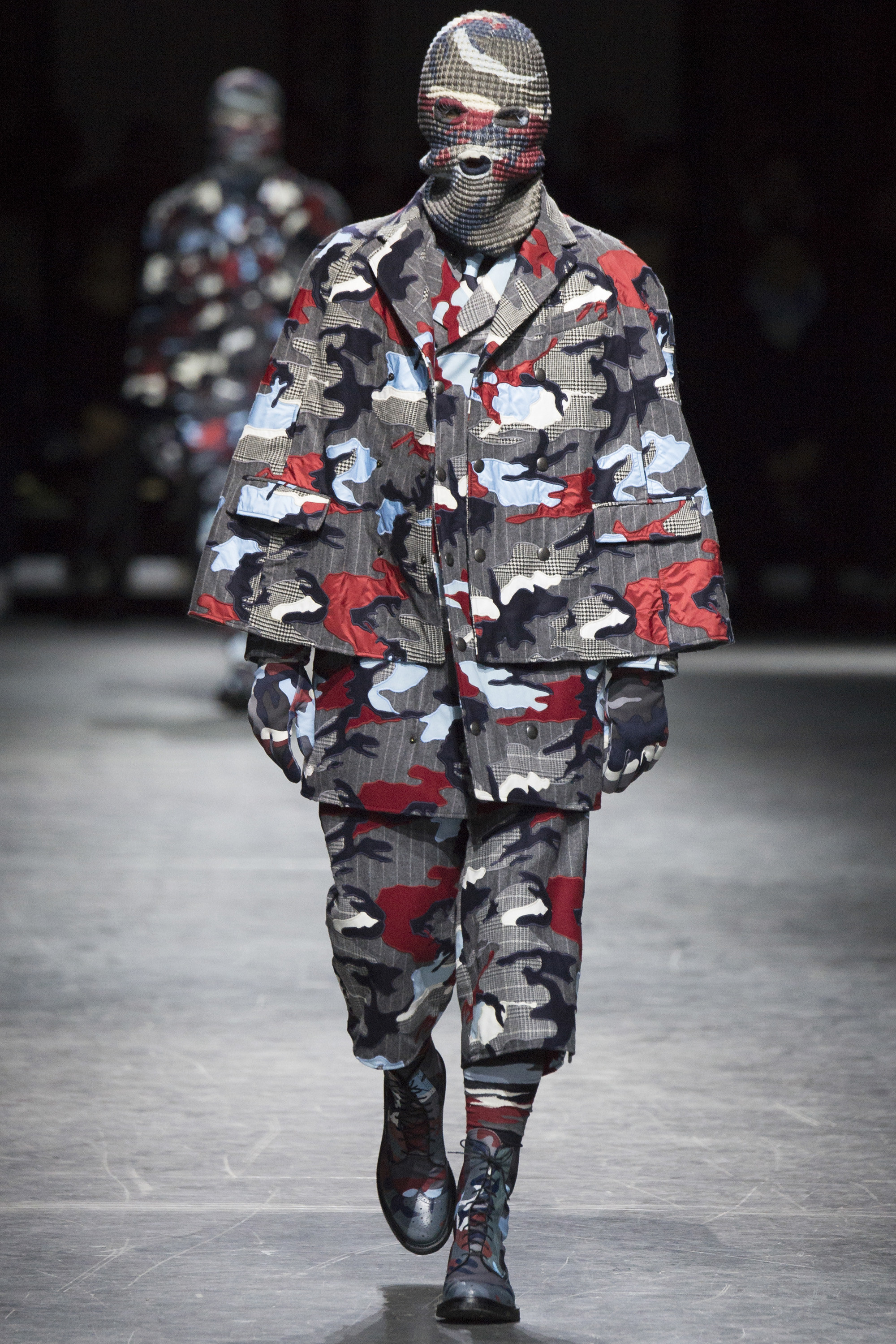