MSGM’s designer Massimo Georgette, told VOGUE RUNWAY how he has been pondering the great Federico Fellini’s, fascination with circuses, clowns, as seen in his films La Strada, 8 1/2 + documentary I Clowns. That in turn gave birth to the many ruffles throughout the collection, from the side of pants, across sweaters, to purses + shoes. 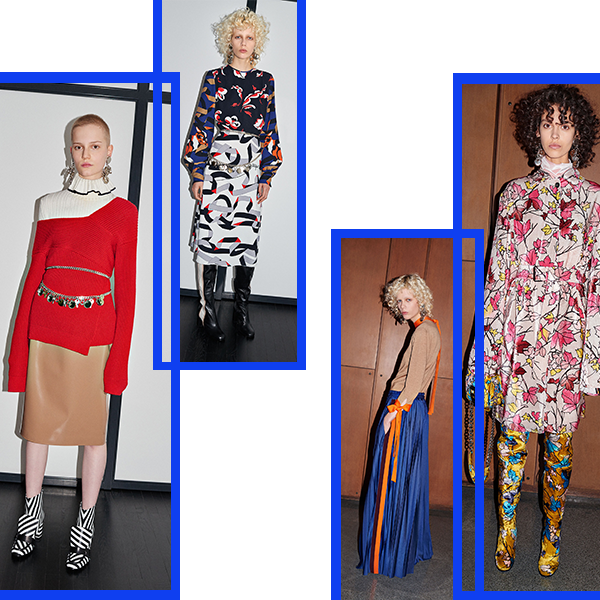 The color palette was super bright, which set the stage for such decorations. There were plenty of prints, including branched leaves, ribbons + cats, which continued to prolong the playful mood brought on by circuses + clowns. 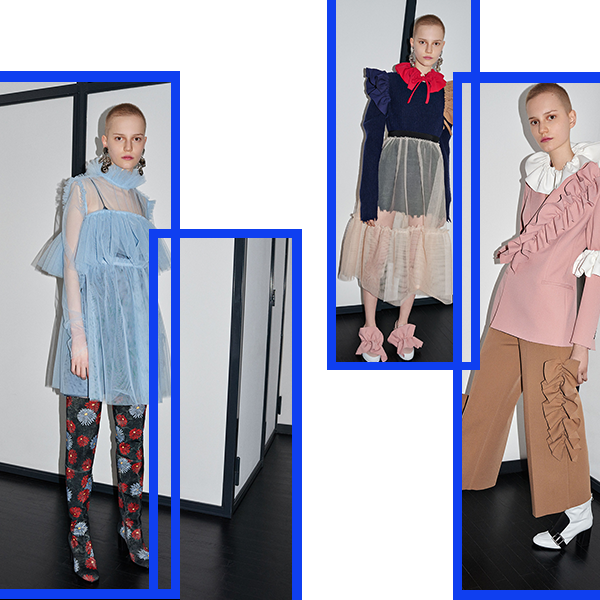 Some ankle boots + pants had a vertical striped pattern, which one could liken to that found on popcorn boxes, but instead of the traditional red + white, these stripes were black + white. Skirts varied in length, as did the pants, with extra long trousers to wide leg culottes, complete with ruffles on the sides. 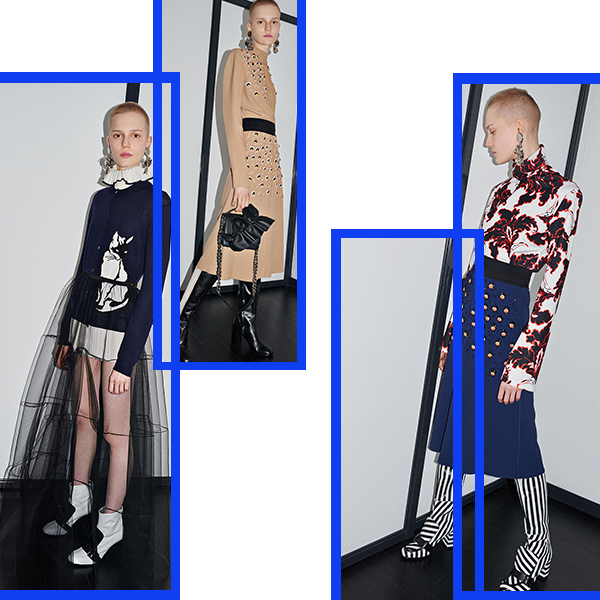 The ruffled shoes looked extra sweet when paired with looks that had sheer skirts over them. And the coat with contrasting ruffles on the back was just genius.

I really enjoyed this collection + can’t wait to get started making my own ruffles, to sew them onto several items in my closet. 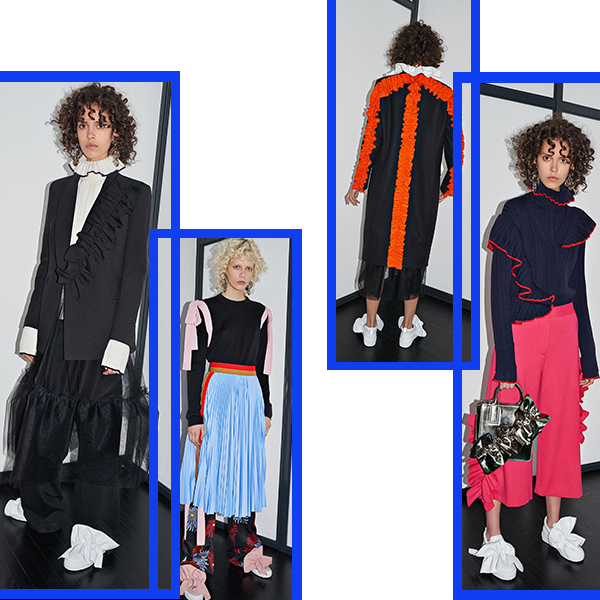