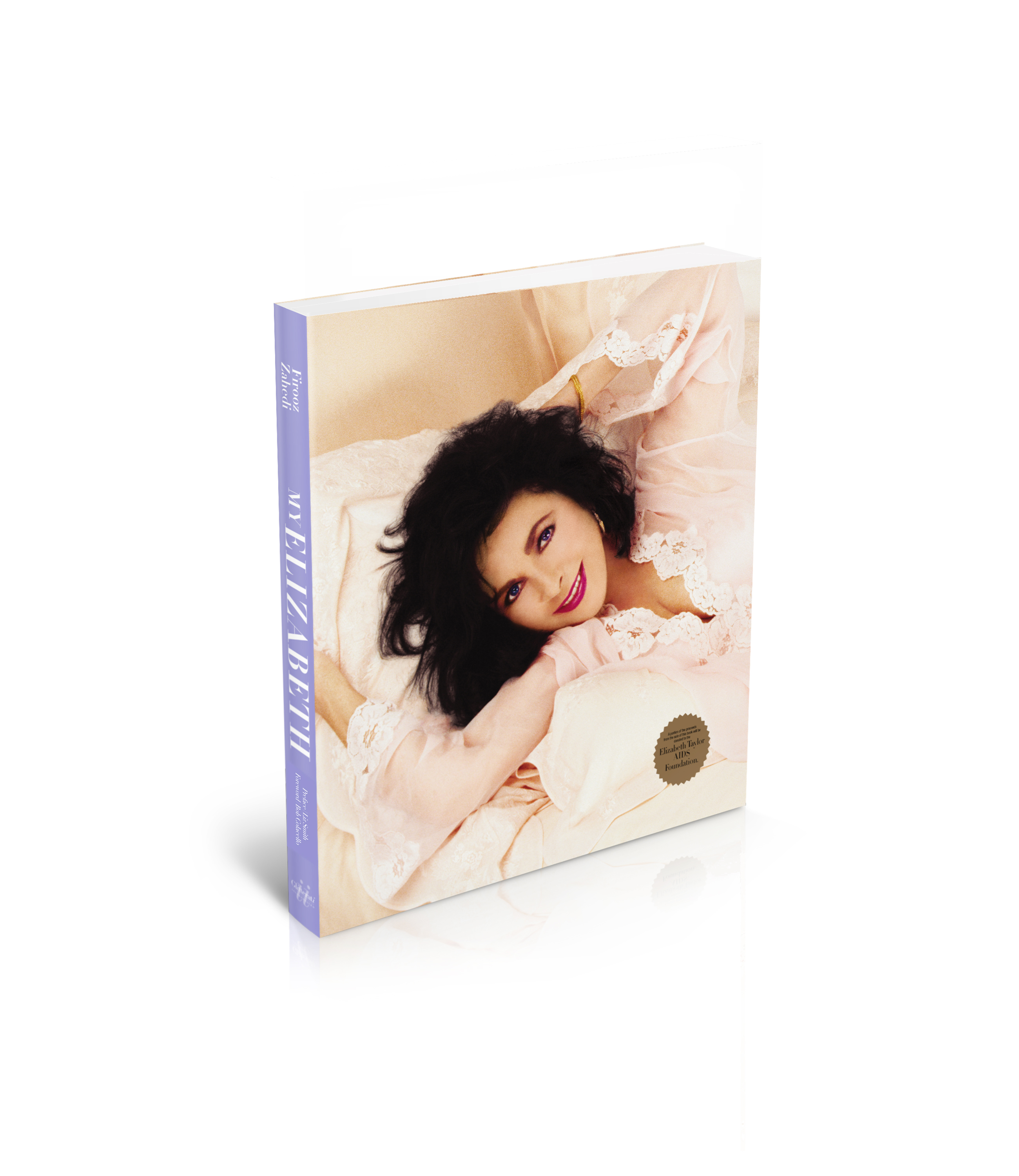 In celebration of World AIDS Day, book ‘My Elizabeth’ by Firooz Zahedi, published by Glitterati Incorporated, captures the late Hollywood icon Elizabeth Taylor, creator of The Elizabeth Taylor AIDS Foundation, one of AIDS research’s biggest crusaders up until her death, in all her majesty + inimitable sense of style. If you’ve ever been seduced by the allure of her beauty, her talent, her excess, her gossip-riddled life + career or all of the above, then you must add this to your personal library. Documenting a thirty-five-year friendship with Zahedi, this part memoir part homage, through words + photography, captures Liz with undeniable honesty, but all with the air of glamour only she knew how to serve. 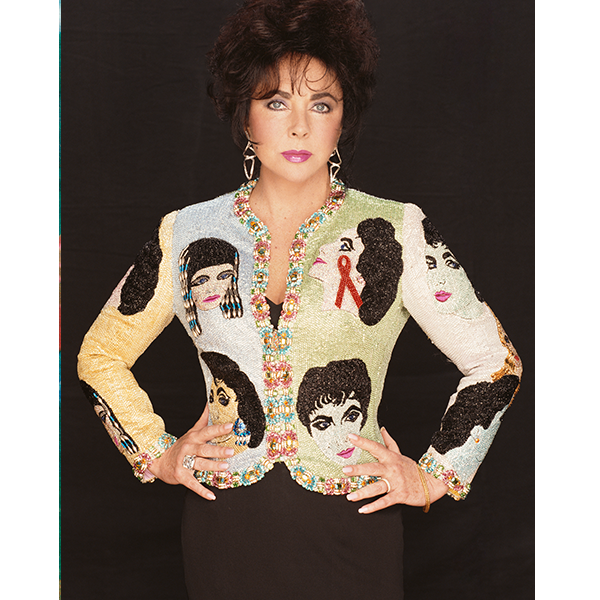 Started as a simple request a few years ago, Firooz had Liz’s permission to create a book of his photographs of her, but it never materialized until after her death in 2011. In light of this loss, Firooz expanded on his original concept by sharing some of the stories of their friendship, illuminating her humanity + compassion, accompanied by fantastic moments caught on film from the far reaches of Iran to her Bel Air home, often with her faithful companion Sugar, her cherished Shih Tzu. 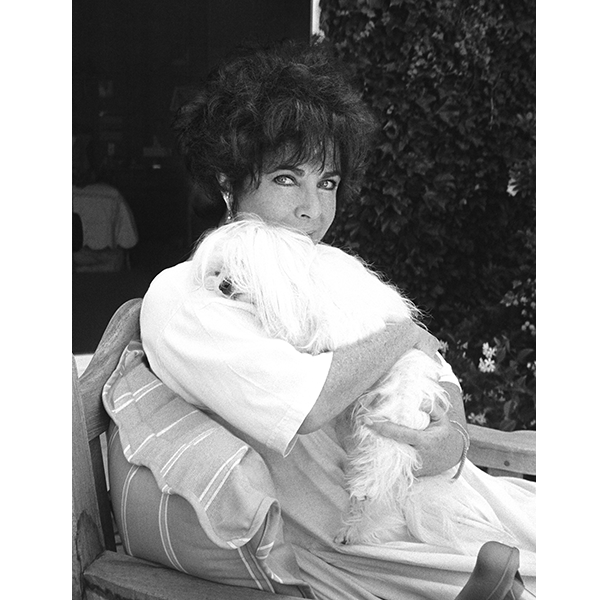 Firooz + Liz first met in 1976, when Firooz was a 27-year-old former diplomat + struggling photographer. This is when her generosity of spirit took hold of them both resulting in their longtime friendship + a type of mentorship which helped establish Firooz’s career while landing major assignments. Then again, upon gazing at each of the photos inside, you can’t help but agree with Liz about Firooz’s immense talent. 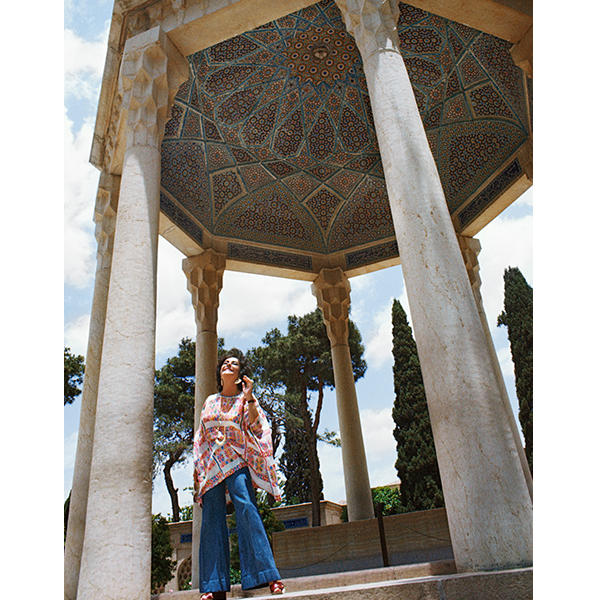 From moments stolen while visiting the Lincoln Memorial in Washington to the shopping bazaars of Tehran, all of Liz’s pics reveal a sense of ease in her gaze. The photos shot by Firooz seemed to capture a Liz with her guard down, which couldn’t have been easy for Liz to do for just anyone, having been in the public eye since the age of eight, let alone for Firooz, who must’ve held his breath a few times before he too shed the shock of whom he was shooting at that moment. In fact, one of the photos from Iran where she is shot with the Taj Majal diamond pendant given to her by ex-husband Richard Burton, dangling from her forehead on top of a makeshift turban from ornate jewel-toned fabrics, Firooz had to smoke a joint to relax, which he recounts in great detail. Vanity Fair correspondent Bob Colacello thought, “These images were evocative of Matisse + Klimt, regal yet sensuous, + glamorous to the point of verging on camp, display the star in all her cinematic splendor.” 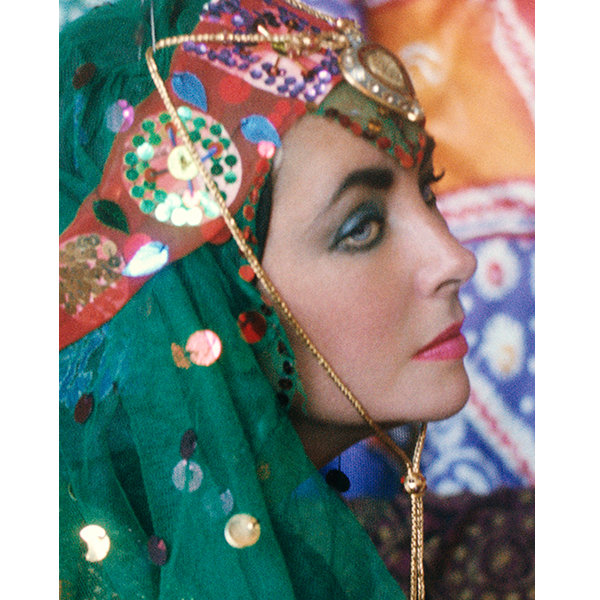 Of course, behind all the celebrity that was Elizabeth Taylor, celebrity journalist Liz Smith said, “ Elizabeth’s AIDS work defined her, as if all the scandal, foolishness, and obsessive media interest had been simply a foundation upon which to make a point,” which truly imbued her sense of humanity, compassion + the selfless act of her unwavering generosity of spirit. Firooz said, “Most importantly, she saw the good in people + encouraged others to see it as well,” simply because she loved to laugh + she loved to live, without making excuses rather than just exist inside a gilded cage created by the media + fame. 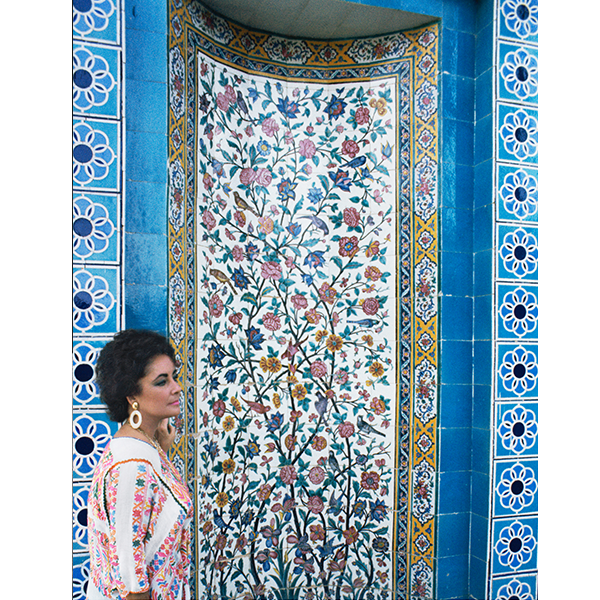 ‘My Elizabeth’ by Firooz Zahedi, published by Glitterati Incorporated, certainly is a book Colacello referred to as a love letter in words + pictures: the culmination of a thirty-five-year friendship. It truly illuminates her humanity + compassion, just as Firooz intended to do with great success. 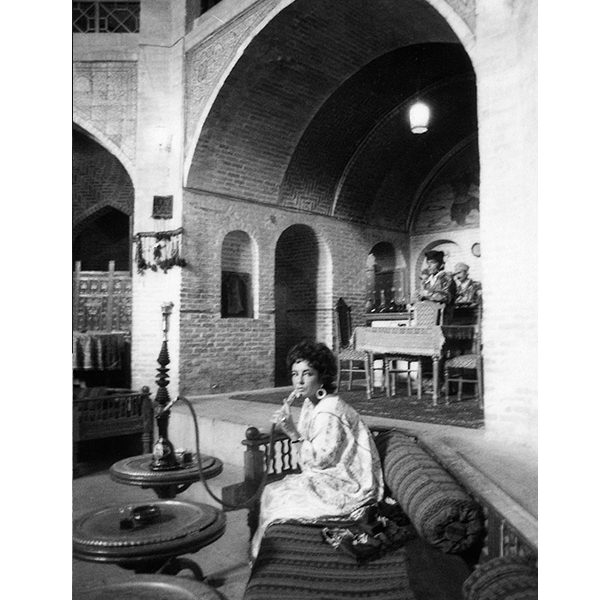