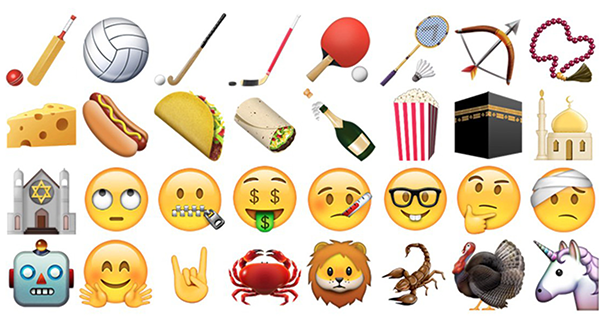 If you believe in unicorns, you’re in luck, since Apple FINALLY got elbowed, but good, to give us new emojis. Now available with their latest update for iOS (9.1) + Mac OSX El Capitan (10.11.1), their new emoji collection now includes an emoji for champers, a taco + a scorpion. The update also allows for Live Photos for the iPhone 6S + 6S Plus, to intelligently stop recording once it detects motion, to cut down on unwanted seconds of recording after you take your pics. So now, all those drunk selfies will finally show all the truths that happened the night before.

To update your iPhone, choose either the over-the-air update or sync your smartphone with your computer via iTunes. The OSX El Capitan update can be downloaded + installed directly from the Mac App Store.