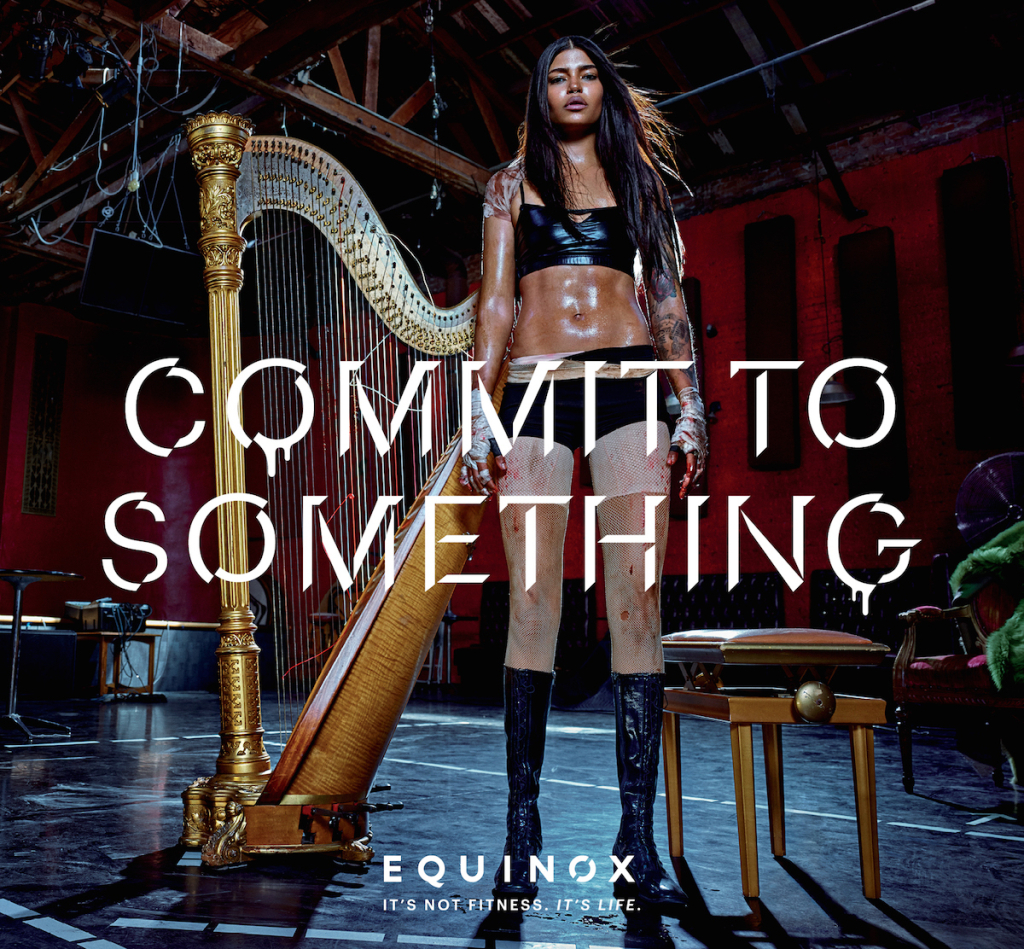 Picking up where they left off last year, Equinox’s 2017 release of their “Commit to Something” campaign series shot by fashion photographer is meant to push you into the gym while promoting a cause for pause. 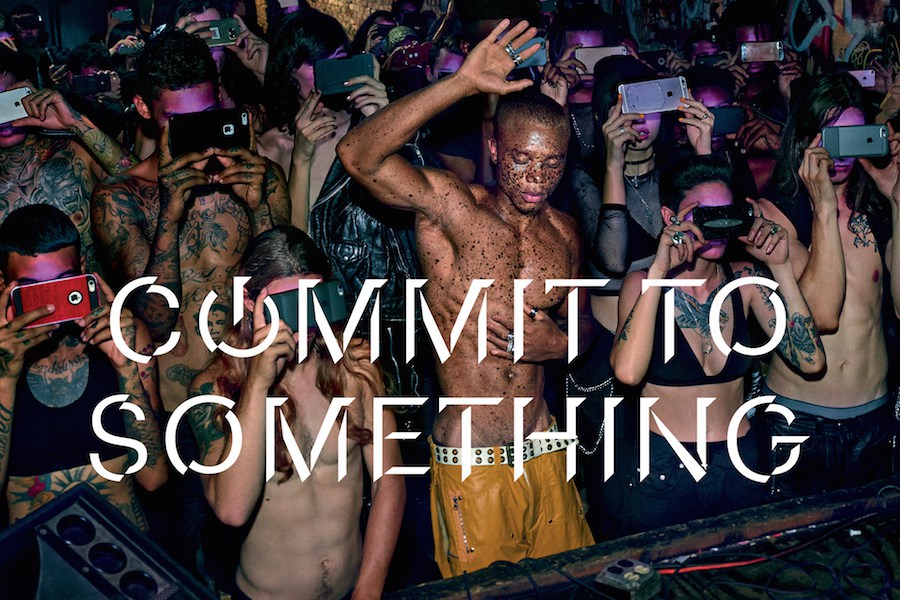 Now you might be wondering what does imagery including a woman playing the harp with bloodied fingers or a man covered in bees have to do with working out? Well, it has to do with the idea of ‘committing to something’, the basic premise of hitting the gym to be your best. Without dedication, you will not gain the results you want including doing as many reps while lifting those kettlebells or running on the treadmill as if your life depended on it, at a very steep incline to target those glutes. But the themes Klein chose to portray say a lot about his understanding of social commentary like the legalization of marijuana with model Jessica Stam inside a cannabis grow center + the rise in narcissism brought on by social media. 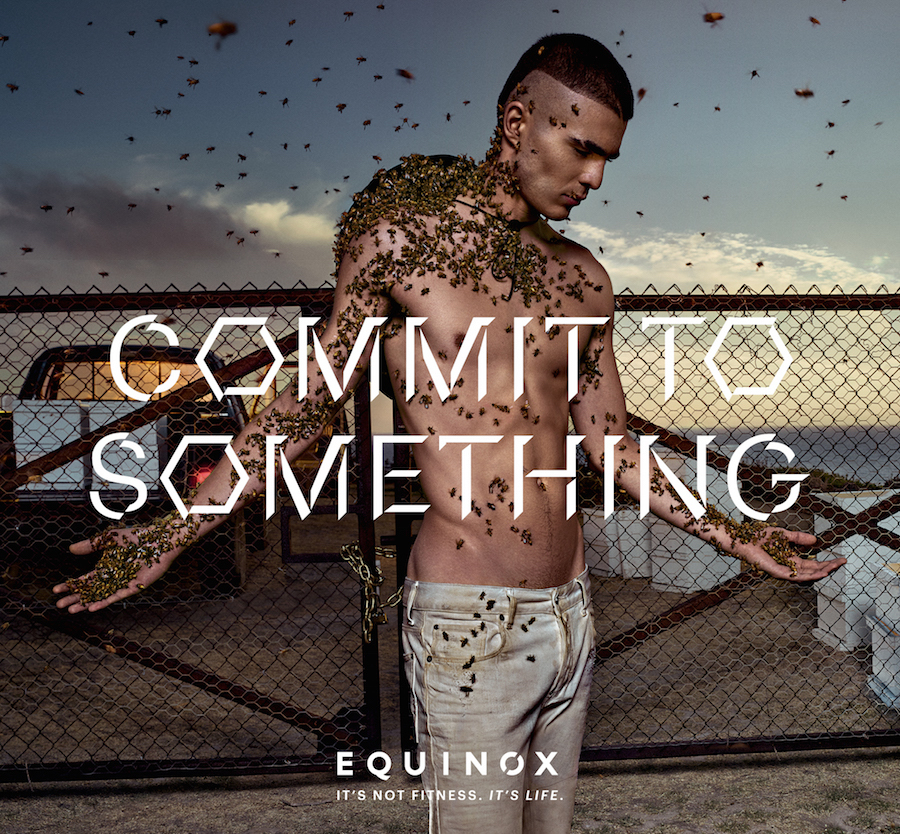 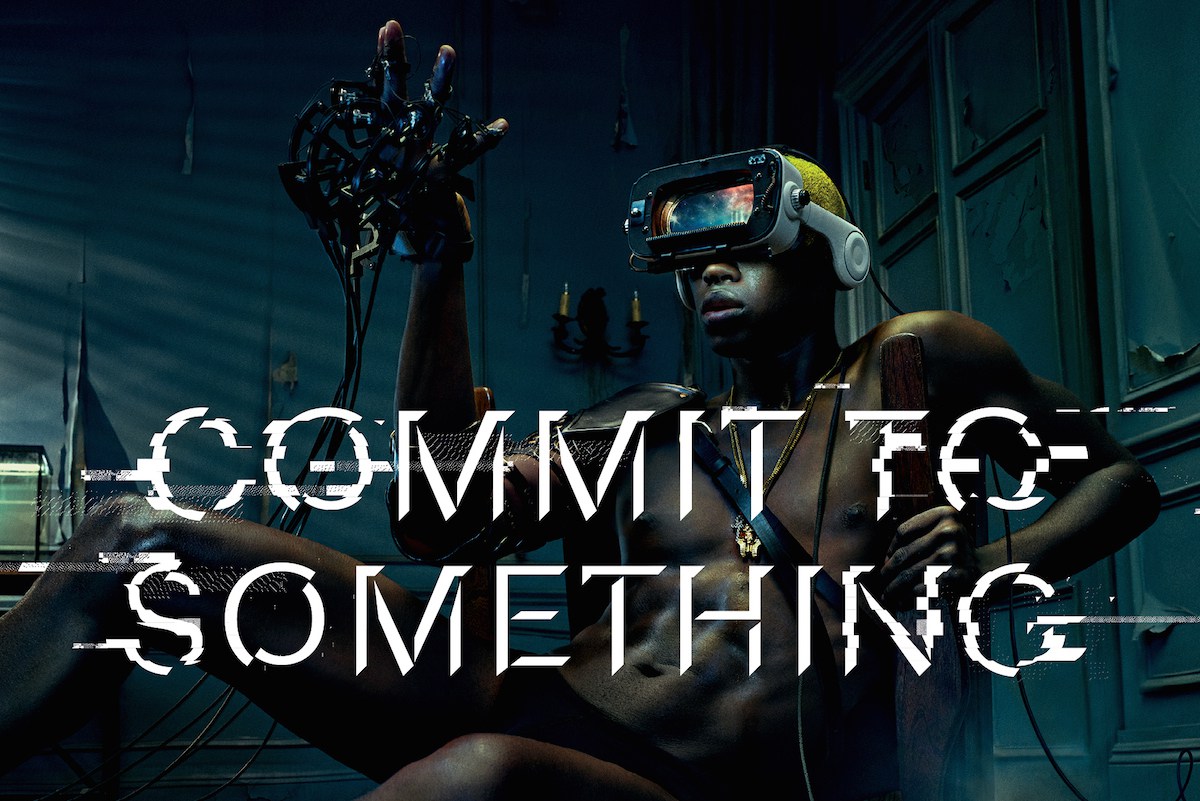 Elizabeth Nolan, Equinox Executive Creative Director told WWD, “It’s certainly no secret that Steven [Klein] is a fearless creative with a strong point of view on social issues, so it was a no-brainer to continue telling the commitment narrative through his powerful lens,” adding “This year’s imagery goes even deeper to showcase his greatest strengths as a storyteller, collaborator + cultural steward.” 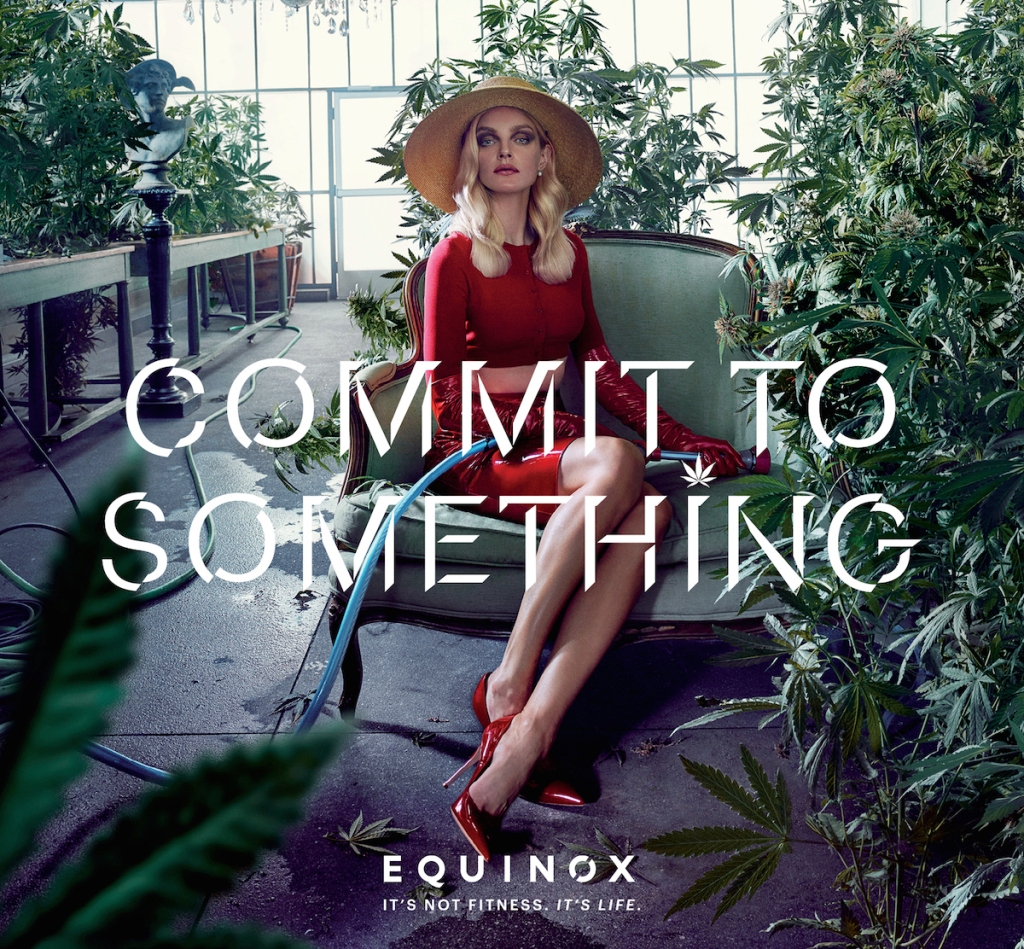 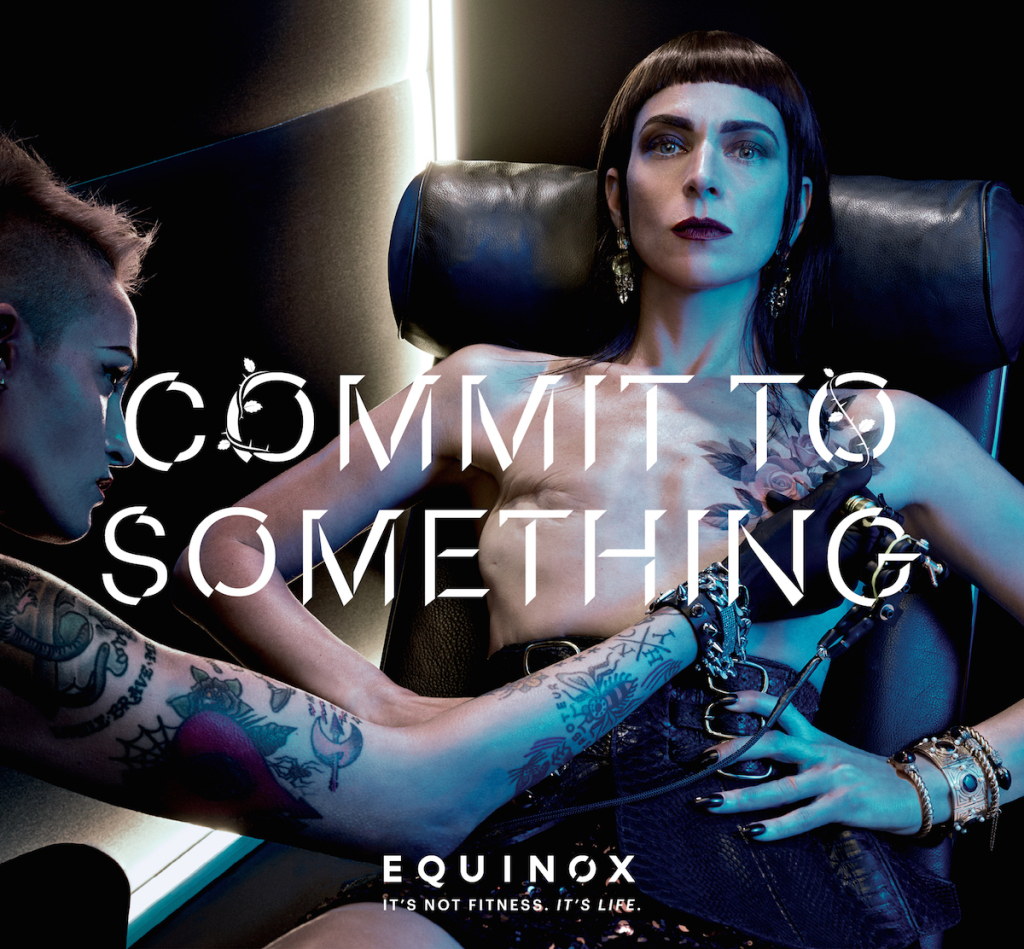 Said to be displayed in Equinox locations worldwide, Klein told WWD, “It is examining the physical body through a vehicle of current social norms.” But his image of Samantha Paige, which proudly displays her double mastectomy scars, is Klein’s favorite out of all in the series. “It is brave + daring on both Equinox’s + Samantha’s part, to show a woman that decided that the physicality of having breasts, was not important to feel good about yourself. Today people are over-consumed with their exterior physicality.” But it’s this irony that makes you ponder how a gym ad campaign series such as this can transcend + highlight aspects of your life that affect it other than just how toned or muscular you are.

Now, don’t you want to sign up to Equinox?