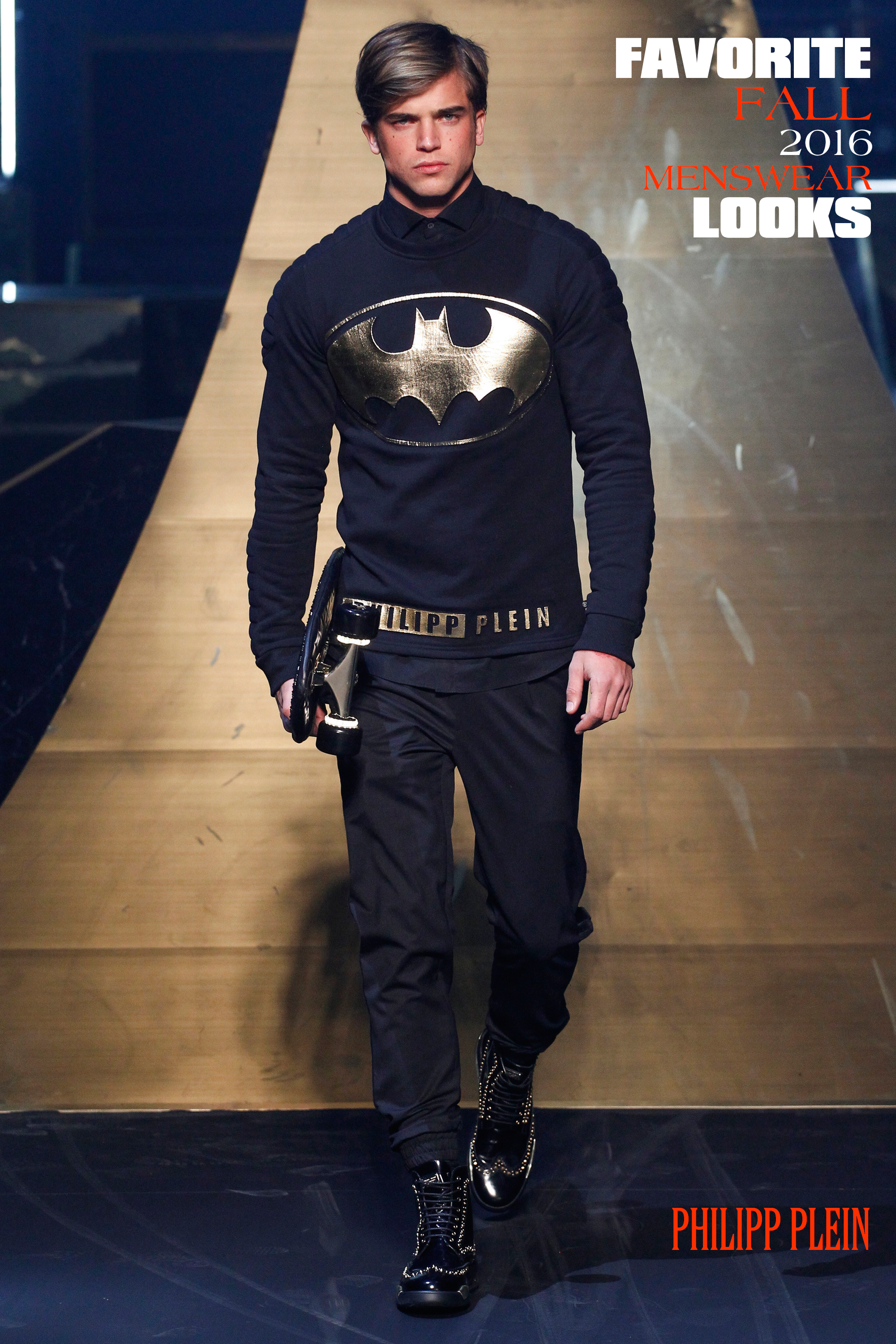 If I didn’t know any better, Philipp Plein‘s Fall Menswear collection could be one inspired by superheroes. Not literally, of course, with minor exceptions.

There were plenty of leather jackets, some three-quarter length, that seemed to assume other roles. Some replaced a suit jacket. Made in the same wool as the pants, with leather accents, you could easily wear them together or as separates, my fave. Other times, the accents on the wool jacket mimicked those on the pants. 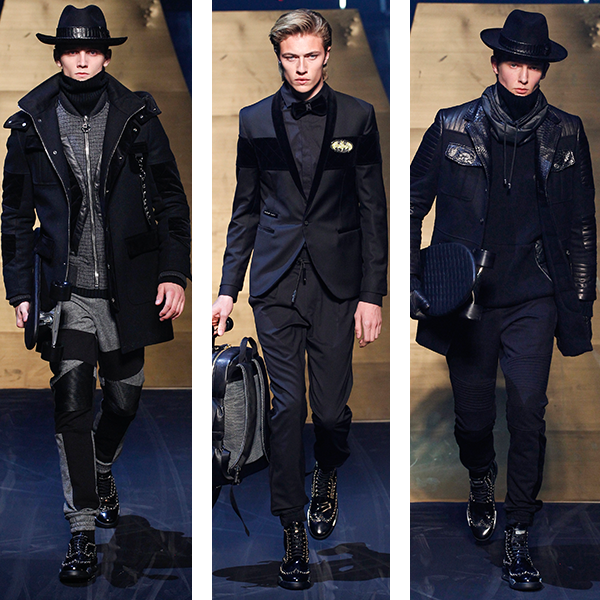 A lot of the leather jackets also varied in texture, specifically snakeskin. Patches of this hissing classic were present in various ways. There were snakeskin strips going down the front, across lapels, to turning into a full jacket. One thing was certain, the Philipp Plein man demanded to be touched, a lot. And I certainly wouldn’t complain. Who doesn’t love to run their fingers across snakeskin?

But a detail that I’ve been seeing a lot of lately in many menswear collections and sportswear alike, is moto panels. With ribbed topstitching along with the elbows, wrists and on knee panels, it gives the wearer that extra seal of approval. It’s like saying “look at me, I’m dangerous and require extra precaution with my gear” as a self-proclaimed badass! Speaking of which, there was also quilting seen on sweater sleeves, from the shoulders down to the wrist (pic1). 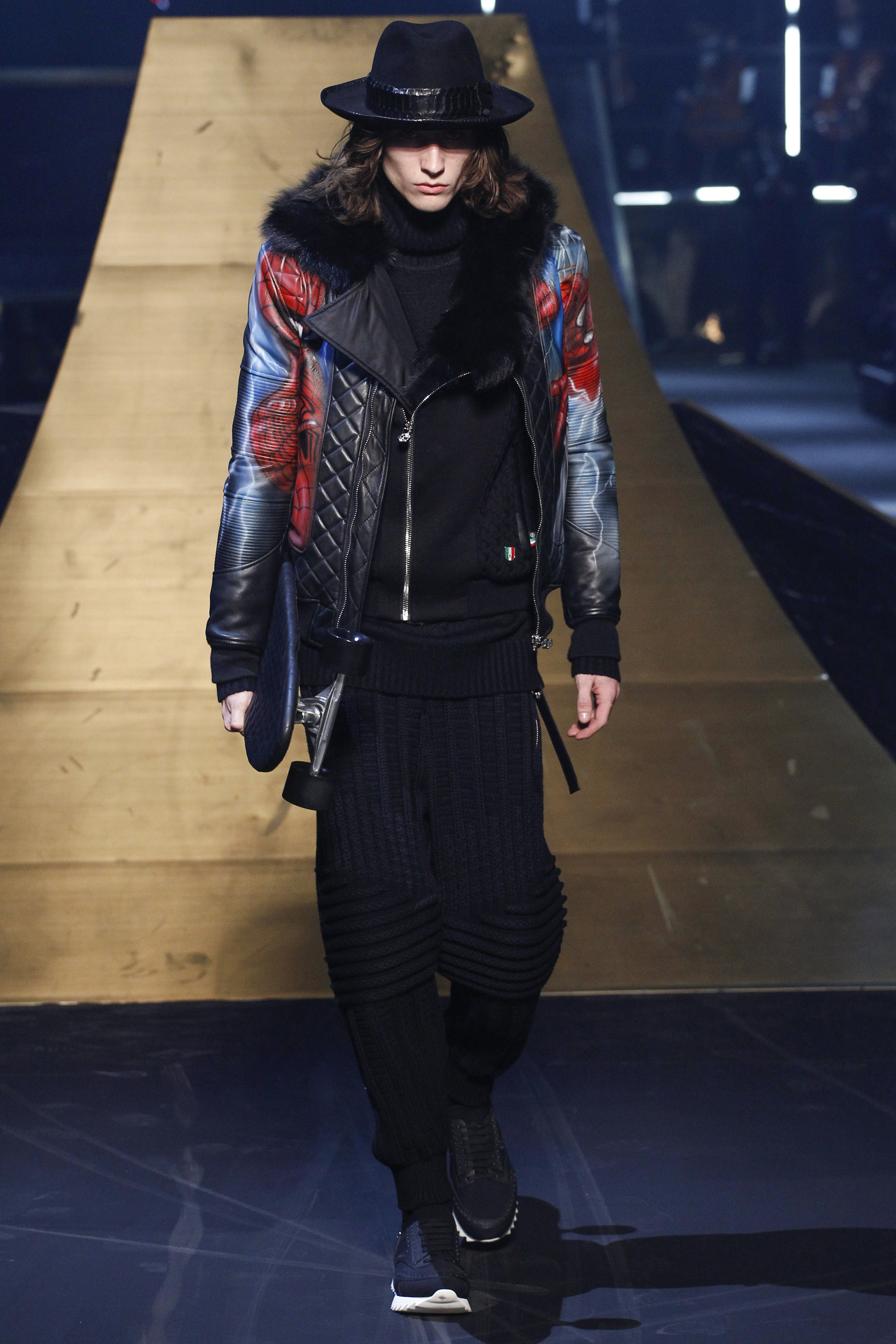 What softened the collection a bit, if you can believe it, was its knitwear (last pic). Notice how the model is wearing a suit made of knit separates. I think most men would think twice about getting too “excited” in those knit pants?!

But my guess is, if male superheroes did exist, I believe this is how they would dress to slack off and for a night out. But as VOGUE RUNWAY asked, “Had Plein somehow tapped up simultaneous licenses from DC ” Marvel?, as you see the Bat symbol, just in time for the film ‘Batman v. Superman’, to hints of Captain America and Spiderman. The color palette was also in keeping with my supposed theme, of black, navy, grey and red. 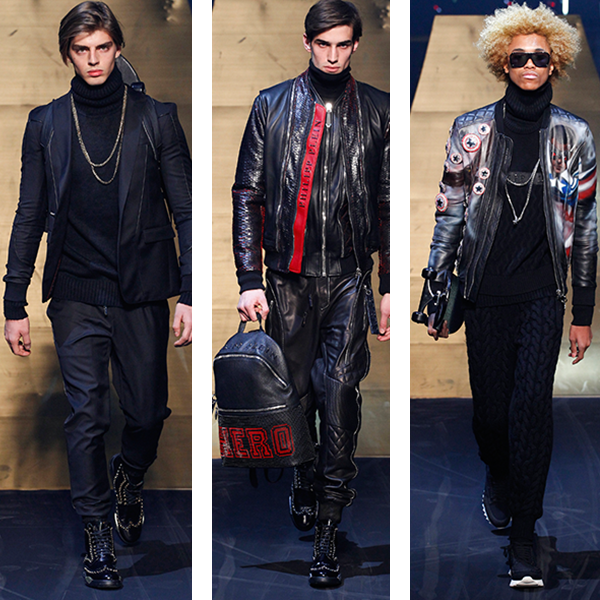 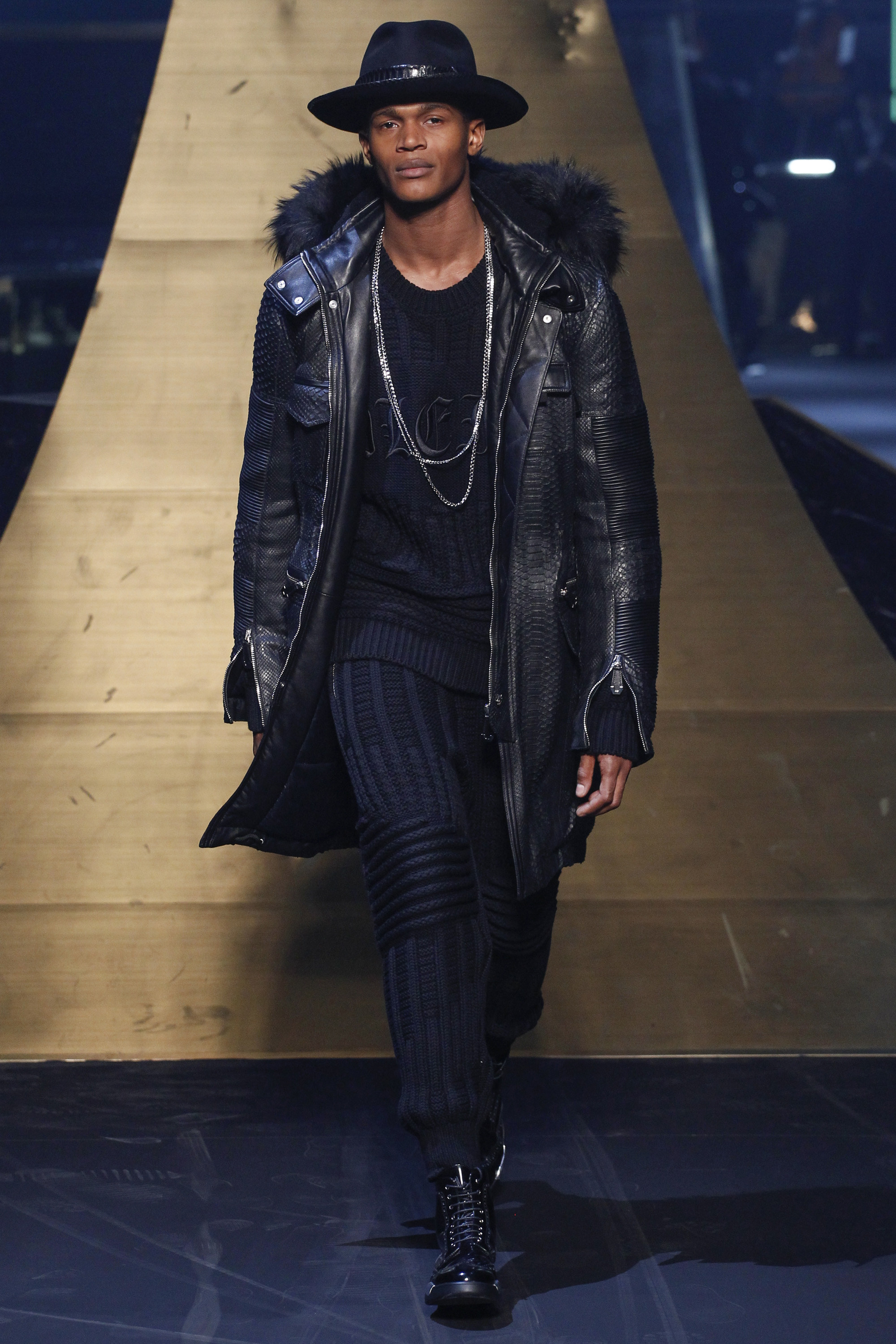