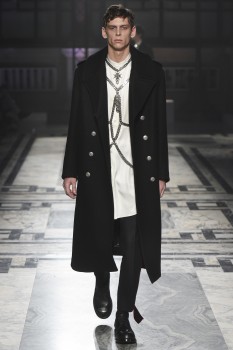 For this season, designer Sarah Burton was intrigued by an interest in collecting, specifically in Charles Darwin + his voyages to accumulate specimens. “Talismans,” Burton called them. “Collecting, traveling. Obsession,” she told VOGUE RUNWAY. But these themes were very obvious with Burton’s iterations for Alexander McQueen’s Fall Menswear collection. A lot of the looks, included jewelry with a nod […]