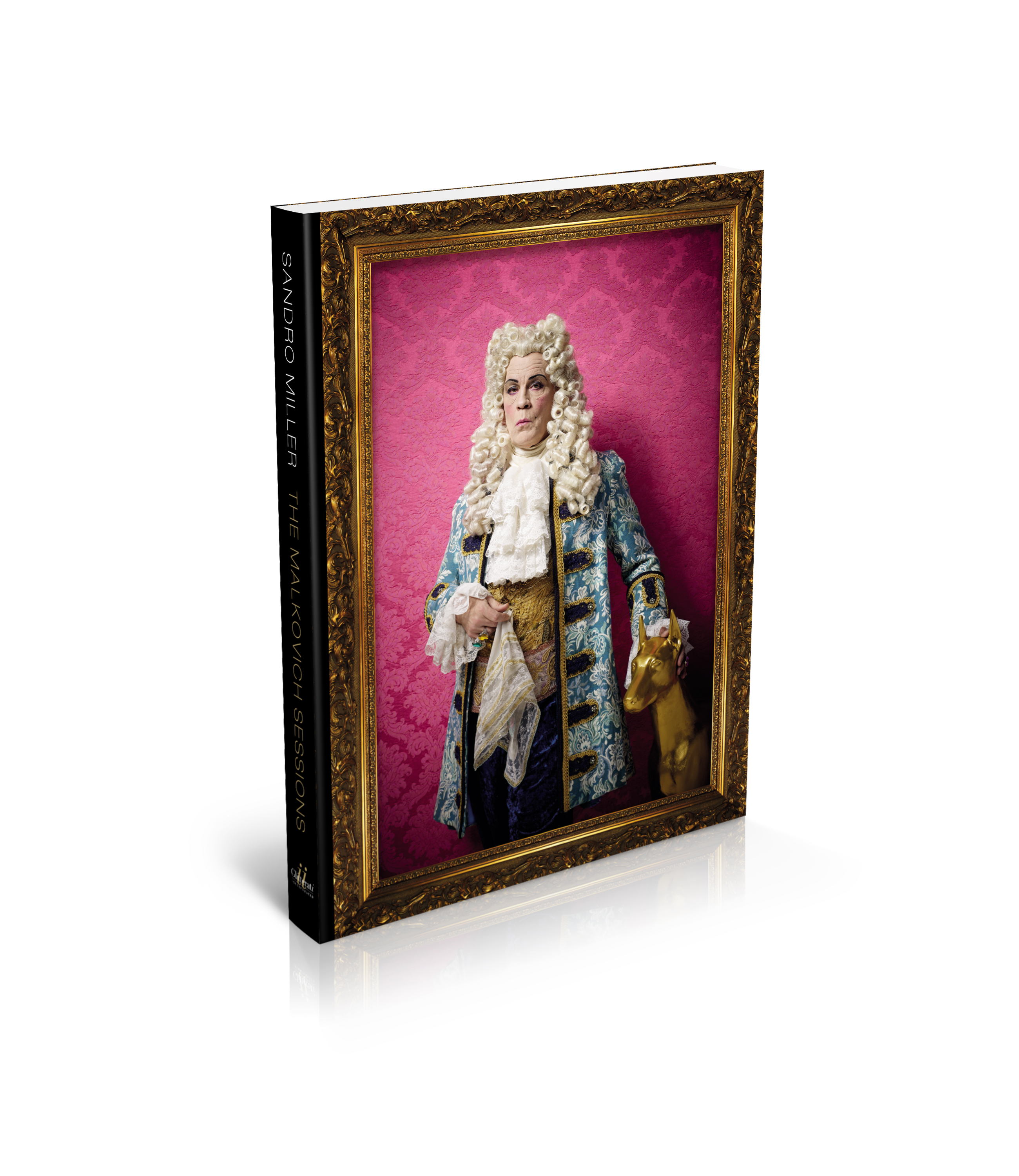 When you delve into ‘The Malkovich Sessions’ by Sandro Miller copyright ©2016, published by Glitterati Incorporated, you can’t help but have Oscar Wilde’s famous line, “Imitation is the sincerest form of flattery that mediocrity can pay to greatness,” intrude your thoughts, however, this work elevates imitation to a whole other level unequaled by most. A collaborative effort between brilliant photographer Sandro Miller + prolific actor John Malkovich, you’re taken on a journey of true metamorphosis by one man as he assumes various characters through gesture + dress, while then reiterating iconic portraits shot by famous photographers that have raised the bar of great American photography’s lexicon. 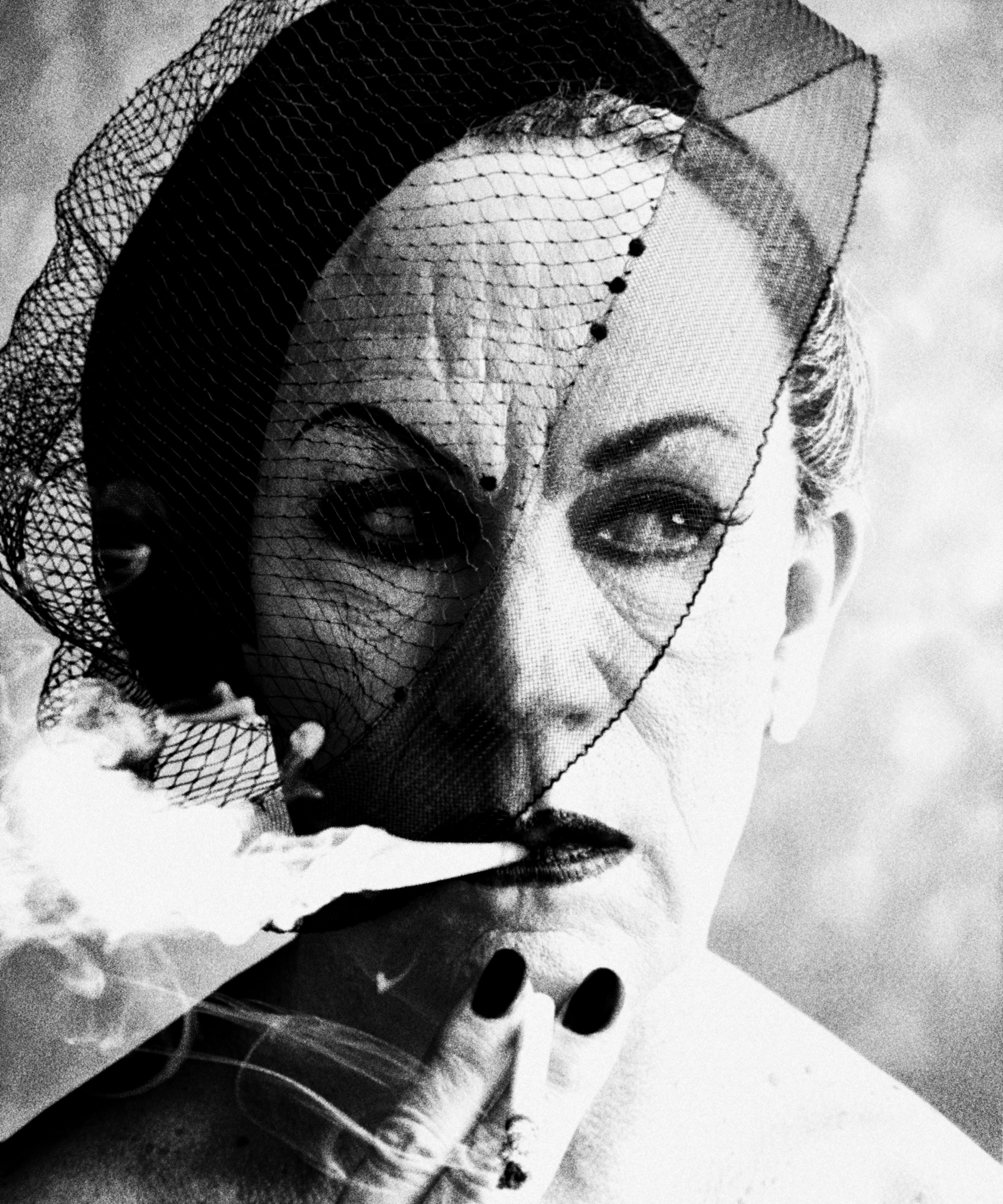 Of having Malkovich participate in such a project, Sandro said, “For him, this is an opportunity to experiment, to create new personas, to explore, and I’m just there to capture the metamorphoses,’ + within these pages, the end result is just awe inspiring. I gagged with the turn of every page. Besides the beautiful halftone black on gold strategically cropped images, indenting one section from the next, the pictures behold the John Malkovich we’ve all marveled at in films including ‘Being John Malkovich’, just for a second. Then, as his eyes control your stare, he quickly transforms into these larger than life characters many photography aficionados have grown to love + worship, including Steve Kline’s ‘Smoke’ (above) + Stern’s ‘Monroe Roses’ (below). 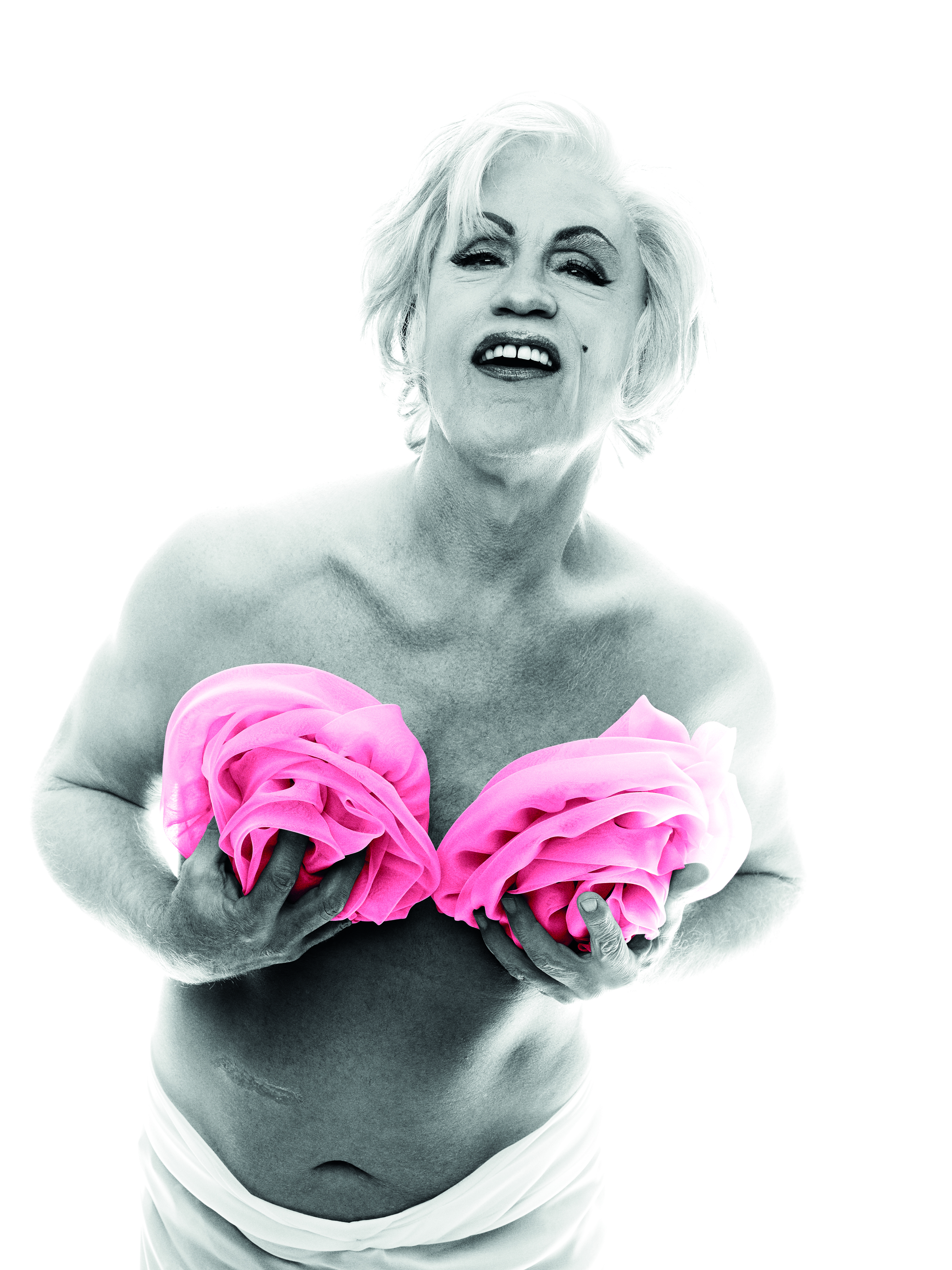 ‘Portraits’, the first section of the book includes John in an array of costumes  + characters; ‘Homage’, the second section is devoted to the recreation of some of photographic history’s most iconic portraits including Annie Leibowitz’s image of Yoko Ono + John Lennon. Just to write that in a sentence sounds absurd in + of itself, however, even if the John in the picture is not Lennon but Malkovich, he still manages to pull it off. The third section contains images of experimental films both Miller + Malkovich worked on together. 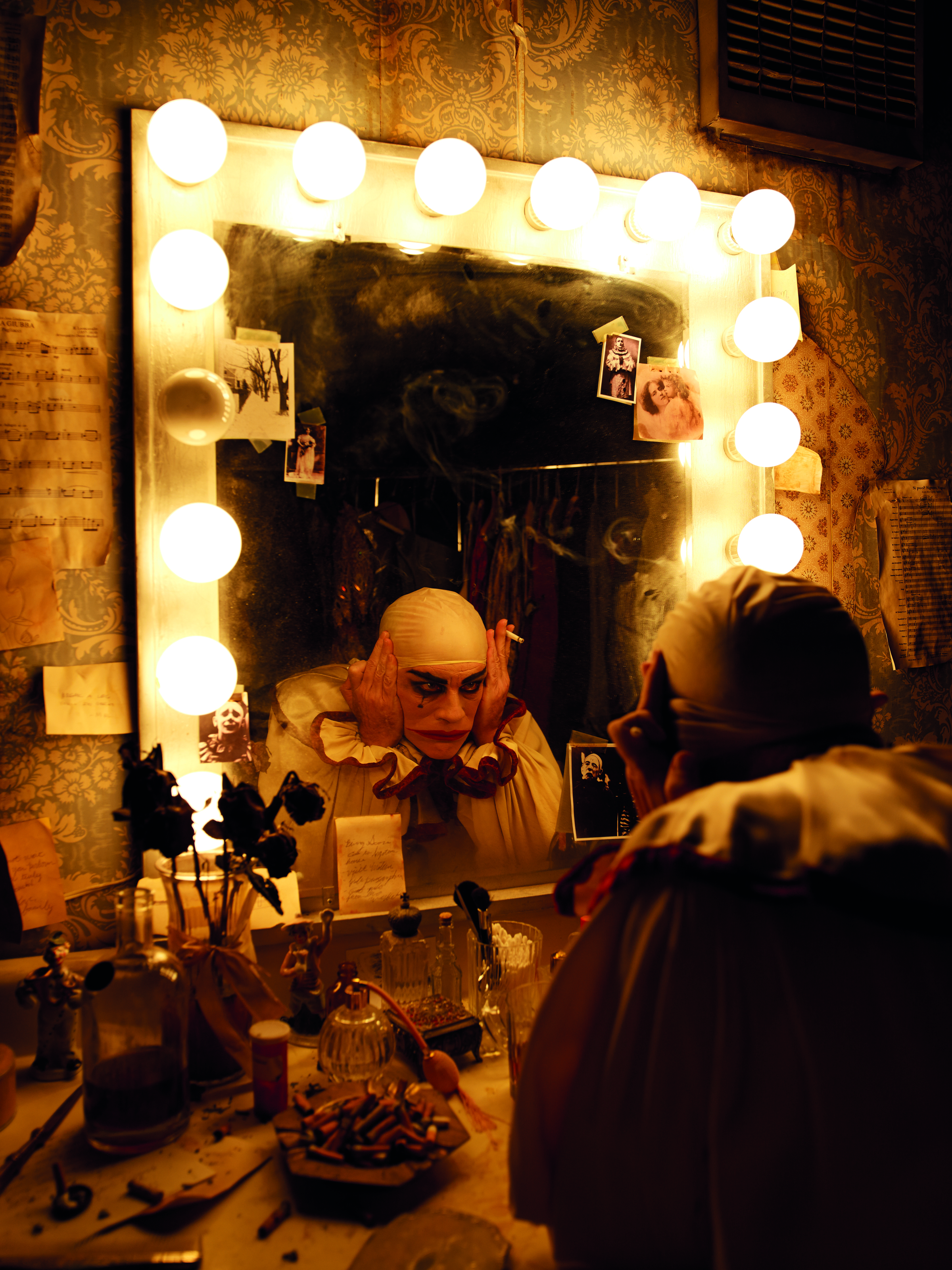 But there’s no denying that such synergy could not have evolved overnight, rather it was a seventeen-year collaboration, with more than a hundred portraits to show for it. Sandro alludes to thinking how no one else could have been up for this challenge, as “John’s face whispered secrets to the camera – he held nothing back,” he said. Anything Sandro wanted of John, he would easily oblige + instantly morph right before his eyes, as he understood the camera – light, mood + the importance of sharing an intimate moment with the lens. Sandro said, “He hid nothing from me, allowing the lines on his face to read like a biography,” + it’s because of these lines, gaze + posturing that allows you to fully digest John as the new character before you. 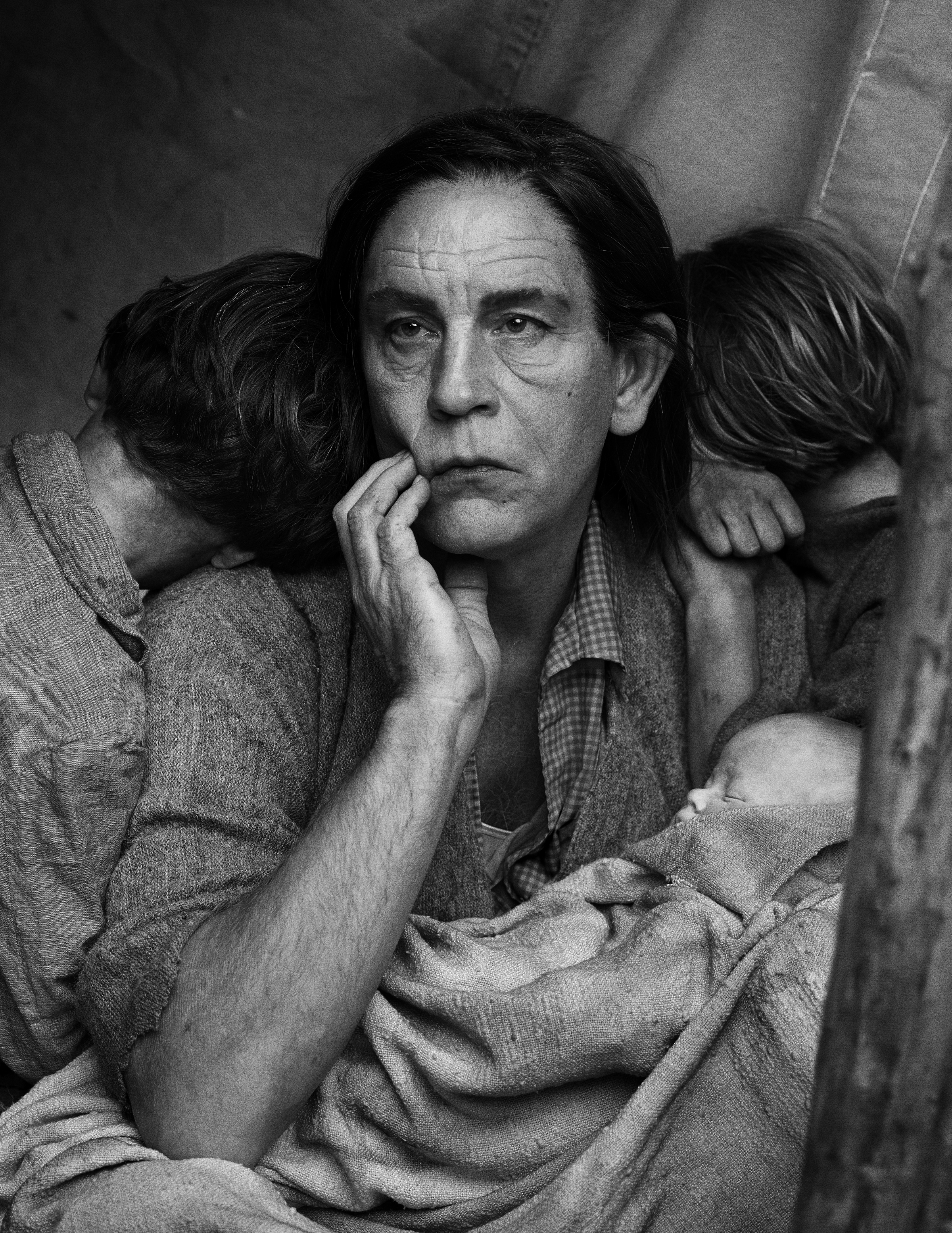 Most of the famous portraits seen throughout the book were considered very meaningful to Sandro, but not for Malkovich. When asked if he felt the same connection to these images, by veteran filmmaker John Siskel, Malkovich replied, “Probably not that much: maybe to some extent, but I think ironically, I probably always had a healthy mistrust of photography + images + what they’re meant to convey, + who takes them, + why.” Luckily, Sandro had amazing people on his team to get the hair, makeup, costumes + set close to perfection, as if they were present when they took the original shot. Such a feat can be seen in Dorothea Lange’s ‘Migrant Mother’ (above), where the piece of wood that’s seen in the original, is at the forefront, as well as the tent + children in the background. 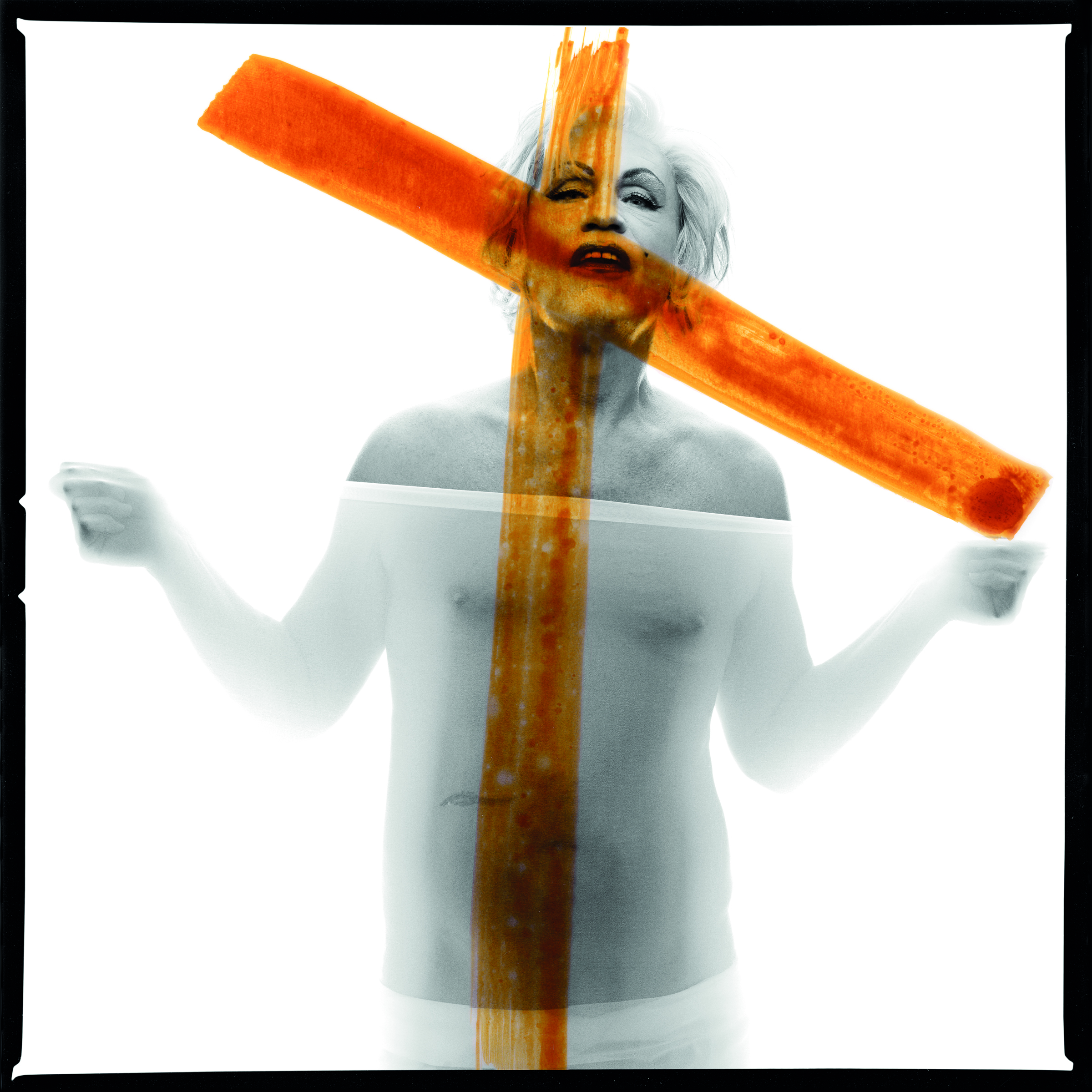 This book will definitely be a prized + welcomed addition to any photography lover’s book collection, if not turn you into one. The Malkovich Sessions’ by Sandro Miller copyright ©2016, published by Glitterati Incorporated, is available for purchase at Amazon or Barnes&Noble.