Wake up + enjoy the dizzying effect of fashion film ‘Pre-Veiled’ featuring Lauren Geogehan‘s AW/14 ‘The New Sisterhood’ collection, inspired by Pre-Raphaelite paintings-dark + sinister, depicting mythical tales.  For the most part, tales of heart break, + deceit depicted in these Pre-Raphaelite paintings were almost always painted by men, with the most famous three artists being part of a creative collective called, ‘ The Brotherhood’.   For Lauren however, she wanted to design a collection focused on creating a dramatic modern day Pre-Raphaelite story for beautiful, but STRONG women, giving birth to ‘The New Sisterhood’.

With Art Direction + Flowers are by Westwood + Photography by Enzo Mercedes, the handbags, leather underwear + halo designed by Lauren lighten the mood by the juxtaposition of soft with hard.  Sure the leather works might appear to be soft but their shapes as underwear + a halo, graze the surface of BSDM among the beautiful floral arrangements.

Below are some beautiful stills that further reinforce the feel of the film. 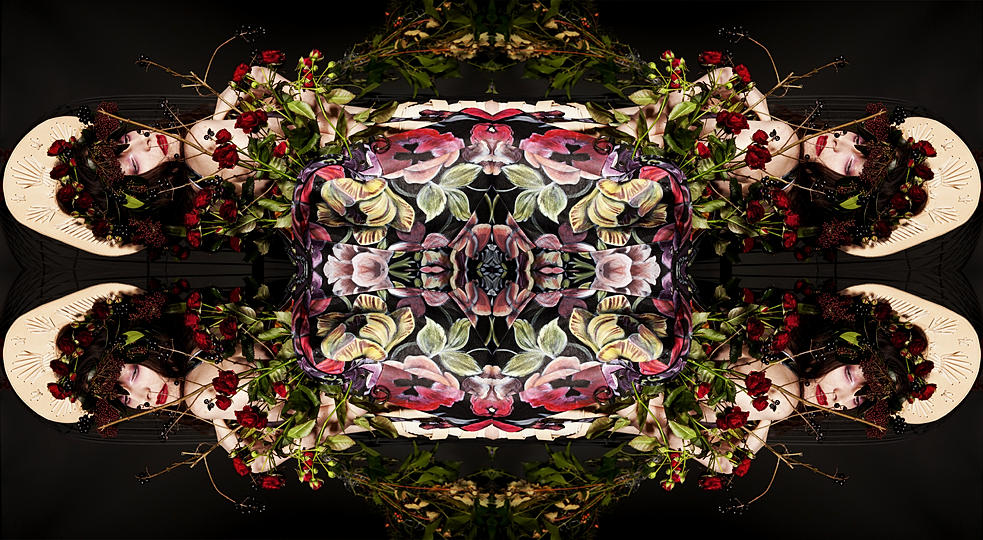 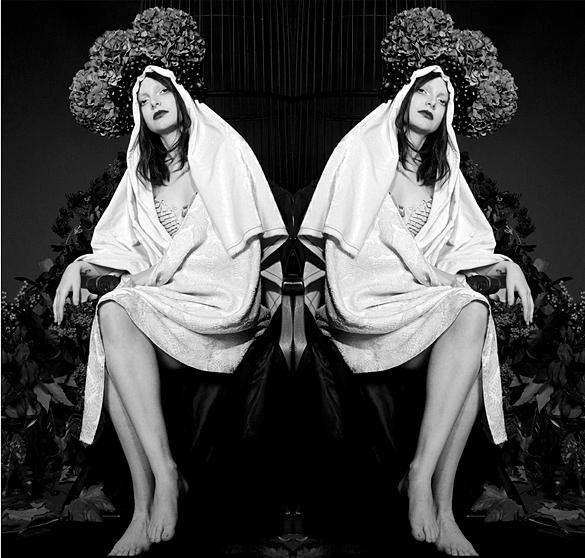 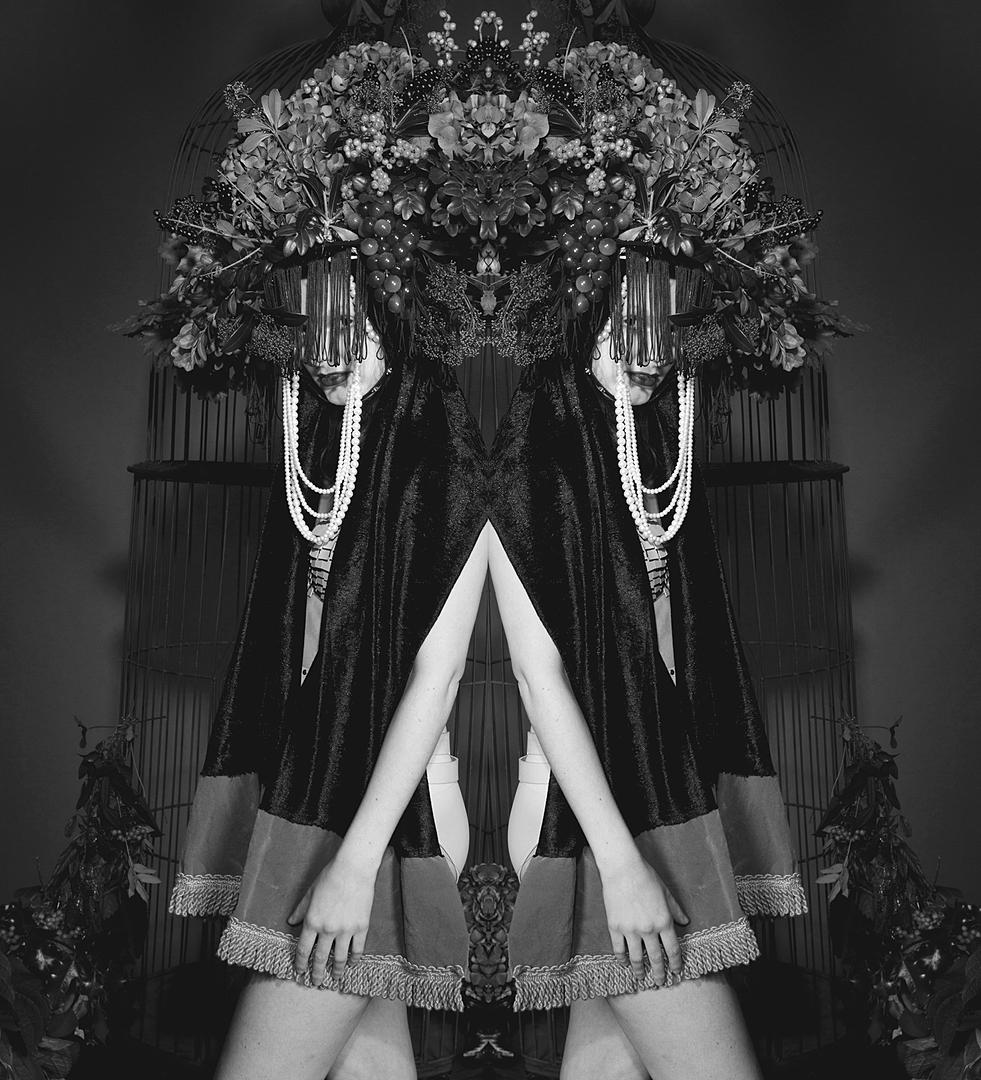 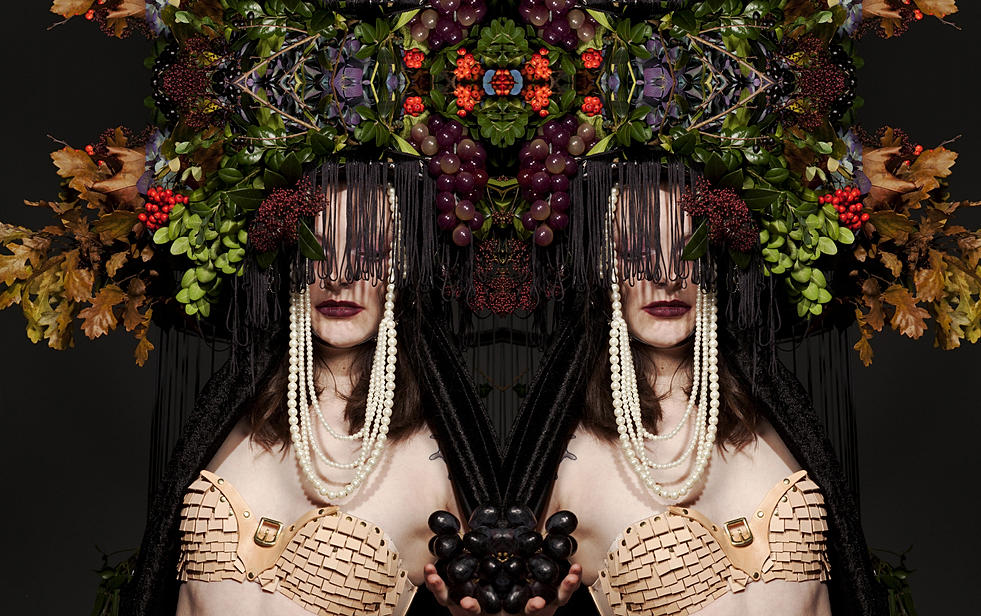