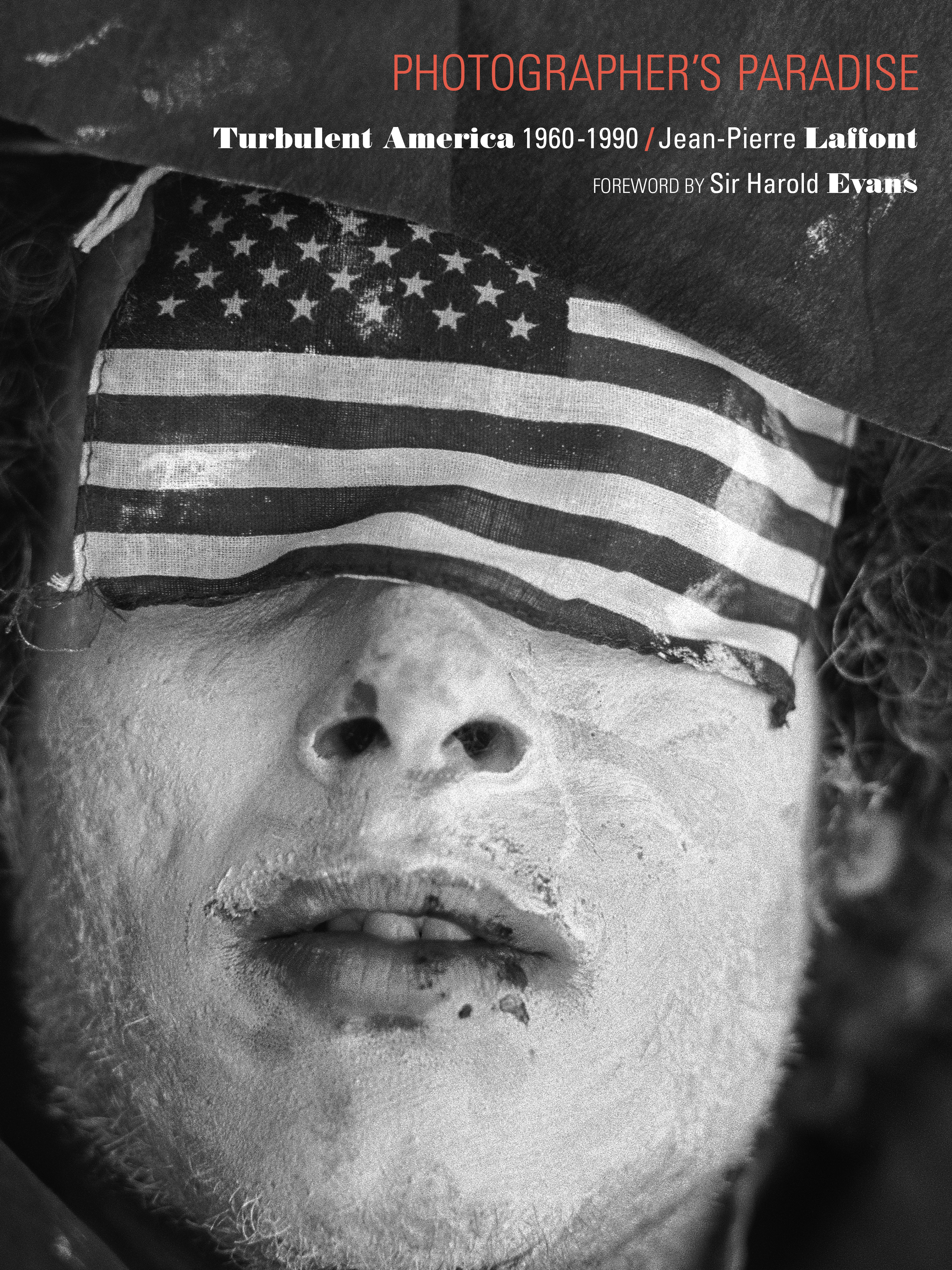 Man Ray once said, “A good photograph is one that communicates a fact, touches the heart and leaves the viewer a changed person for having seen it. It is, in a word, effective,” which is what photojournalist Pierre Laffont’s pictures are all about in ‘Photographer’s Paradise: Turbulent America 1960-1990’ by Jean-Pierre Laffont, published by Glitterati Incorporated. Not only do you get to take a visual trip through American history, it is because of Laffont’s instinct + curiosity, do you get to see things from a captivating if not hypnotic vantage point. By capturing America’s collapses + conflicts including the Stock Market crash of the late Eighties + anti-war rallies, peppered with many triumphs like women in the military + the 2nd Gay Pride parade, Laffont manages to conjure up the excitement behind history + the importance of looking back. 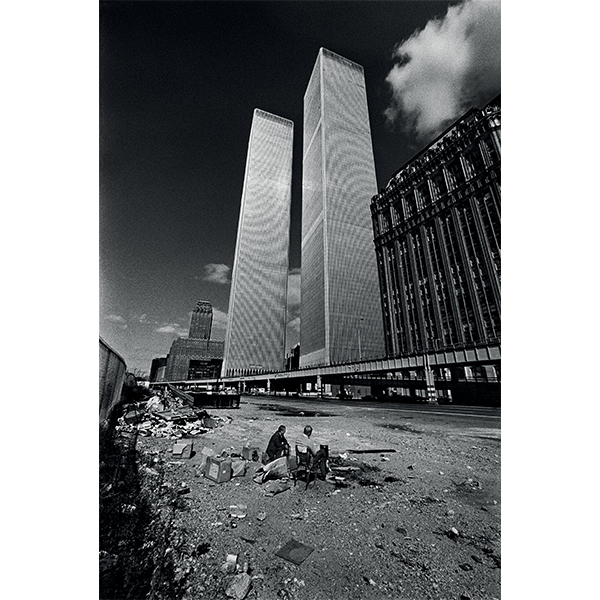 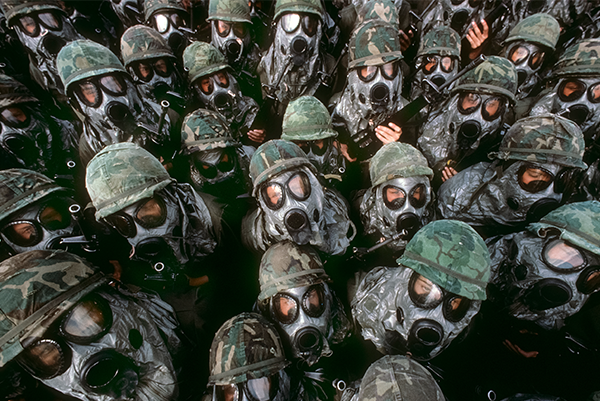 When taking photographs, Laffont was always granted an abundance of trust, which he knew not to squander with captured moments that would sell the most money, but rather, those that spoke to Americans of the time + the events surrounding them. A for instance would be the 1976 pic below, showing the KKK around a flaming cross during one of their many routine ‘family’ gatherings. 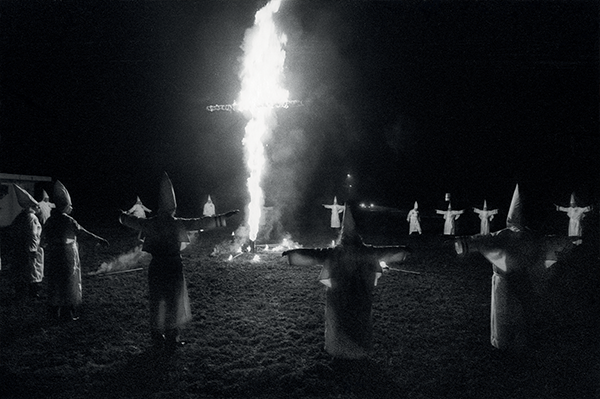 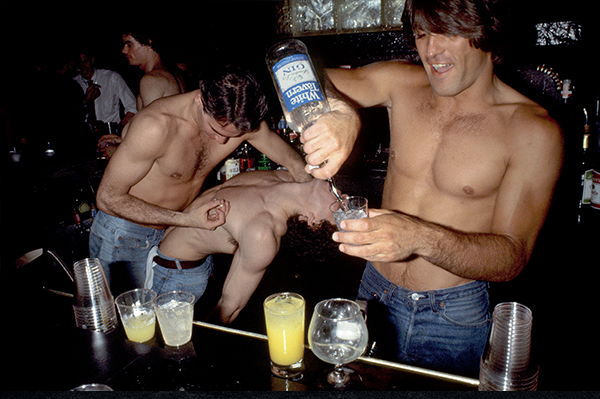 Laffont truly managed to be that ‘fly on the wall’, with a camera, possessed by the notion of capturing true emotion + real truths. Laffont said, “They do what photos do best: freeze decisive moments in time for future examination. These photos form a personal + historical portrait of a country I have always viewed critically but affectionately + to which I bear immense gratitude.” 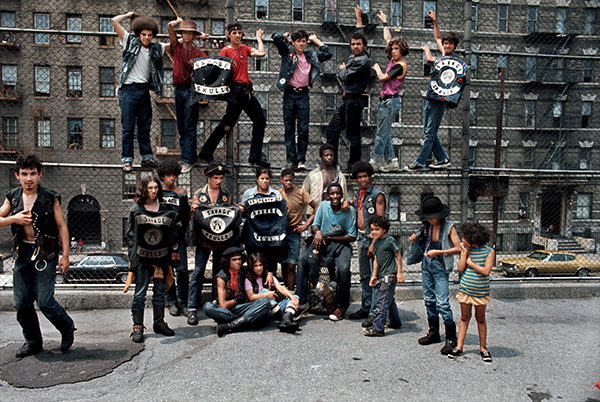 A book with photographs this honest, filled with important moments in American history, that have shaped this country + enriched pop culture, to what it is today, is worth coveting + a definite ‘must have’.