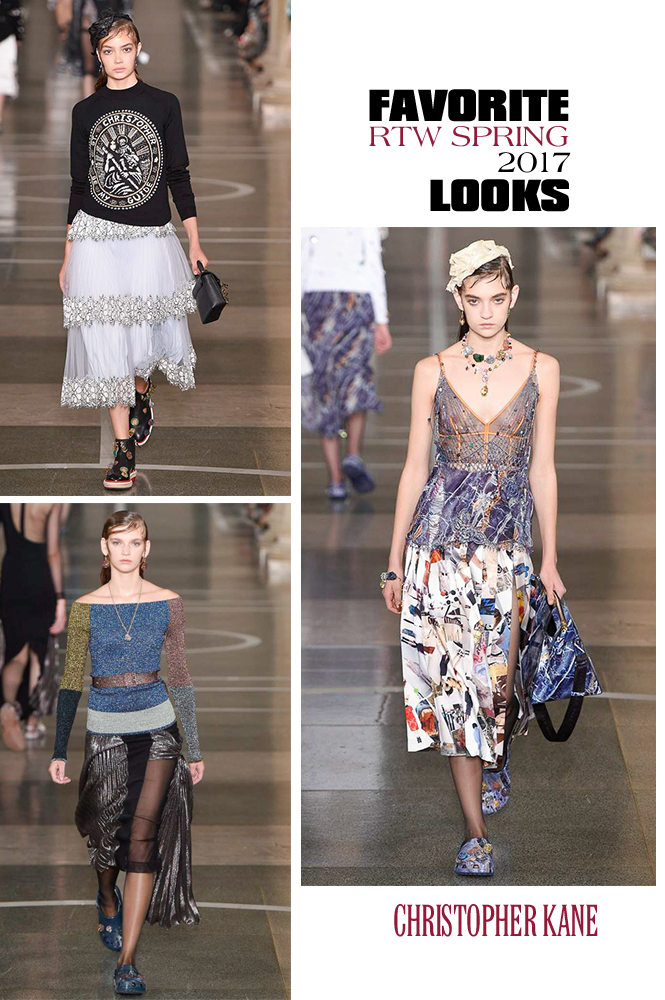 Apart from wretched Crocs featured as the main shoe for this Spring collection, Christopher Kane provided cool looks synonymous with those of an urban nomad, from different stages. The urban nomad here was likened to a homeless person, with some pieces bearing a print of what looks like found objects. I’d like to think, these are all of their belongings captured on film, then digitally printed onto their garments, so to always have them near, to which Kane mentioned to VOGUE RUNWAY as souvenir Polaroids + backstage shots as his “patchwork of memories.” 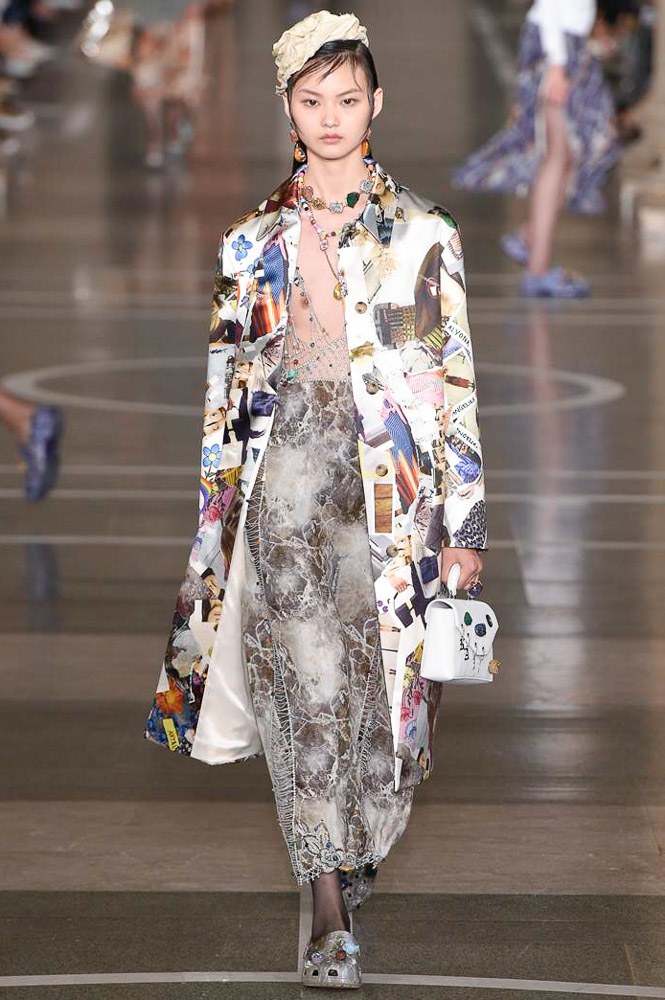 Then you have that other nomad who’s just taking care of business with a simple slip dress + oversized cardi, ready for a night out, brunch with friends or simply a day at the office. Other looks included tops + skirts either sectioned off with black lines if not with black sheer panels. 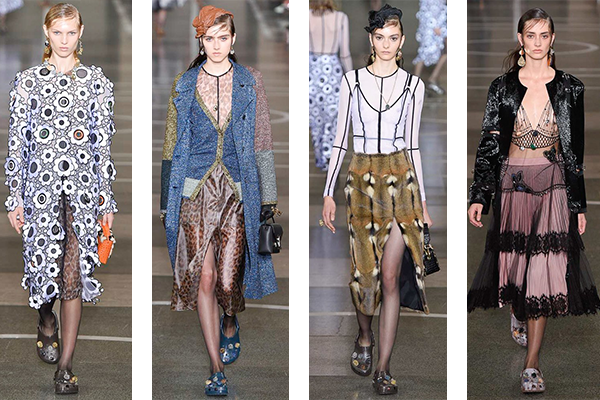 Evening looks were also part of the plan as what urban nomad wouldn’t want to look good for their late night early morning misadventures?! From pleated lamé to lace, this nomad was going to be noticed, no matter where they ended up. 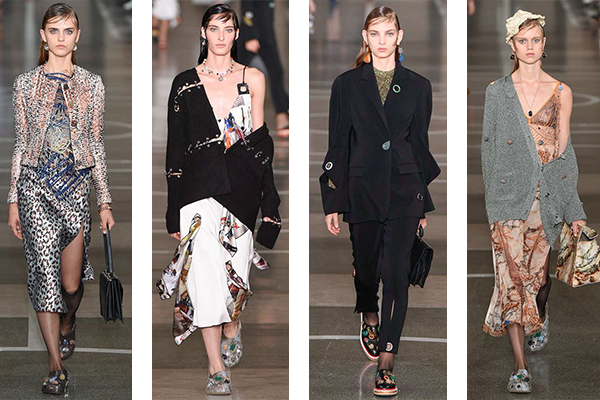 Of course, Kane being who he is, there were more prints to speak of including animal print, on both rubber + what appeared to be silk. Unfortunately, the marble print was a huge fail-just plain unattractive. Then there’s the question of, “Why pair one of the ugliest shoes in creation with even the most successful looks?!”, that kept intruding my thoughts over + over.

Overall, the collection was wearable but not Kane’s best. 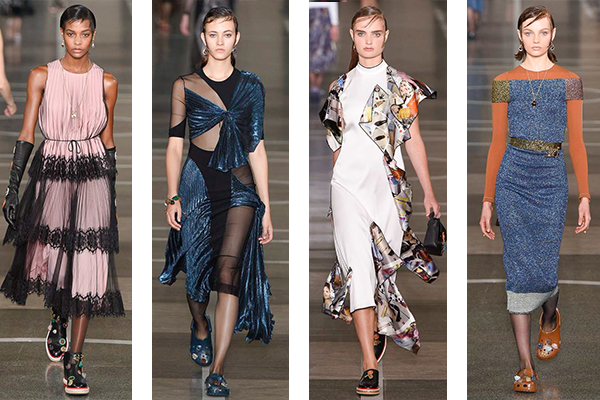