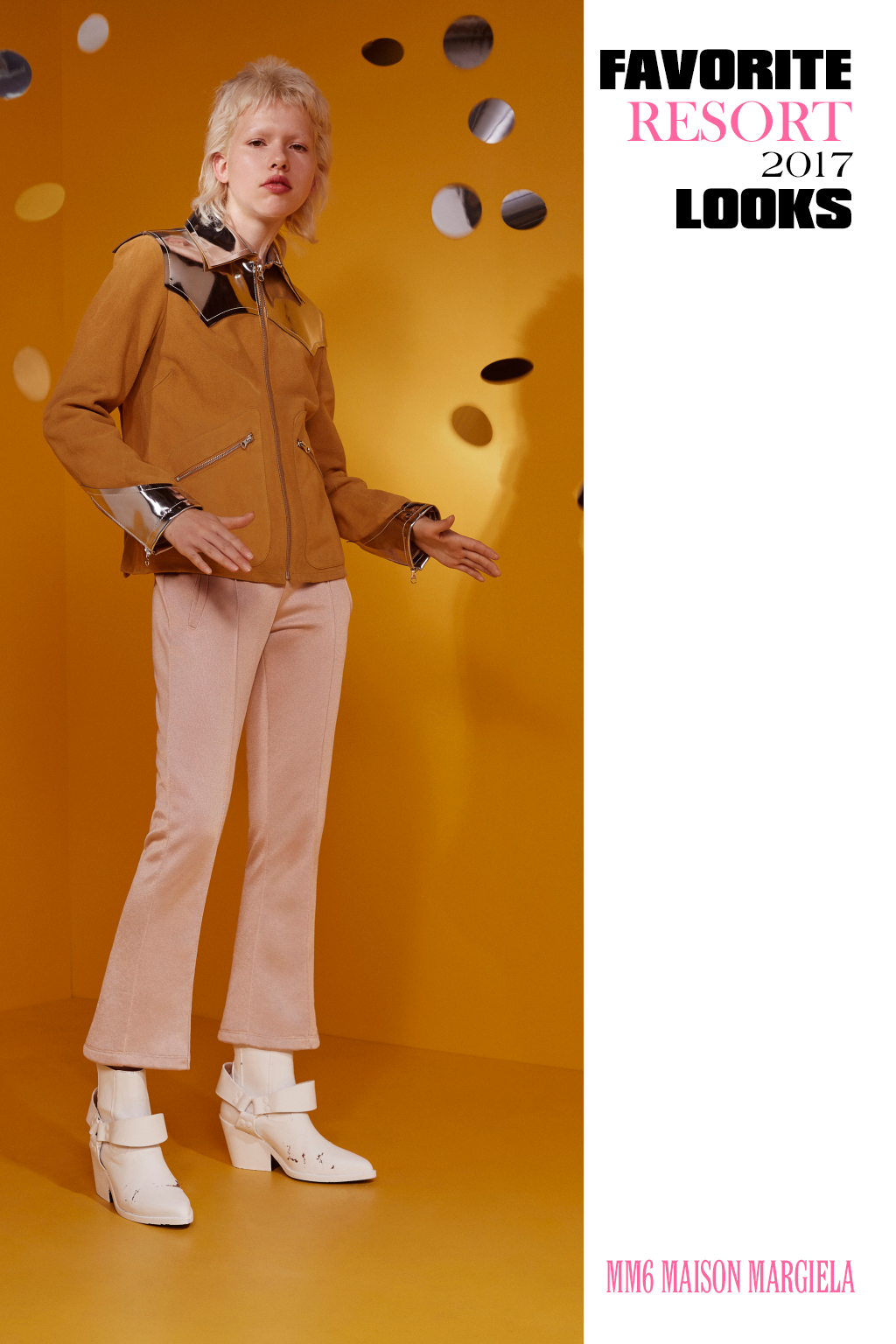 As a whole, MM6 Maison Margiela’s Resort 2017 collection, addressed duality in a couple of unique ways. Th design collective at MM6 Maison Margiela informed WWD how they thought about a couple intertwined + tangled. This was most evident in the idea of having a sewn on tank top over a shirt, thus creating the look of several torsos. Whereas, creative tailoring made the concept of duality even more effective + more of a statement as WWD wrote how a series of looks were created that could be transformed into different silhouettes: a pale blue pleated chiffon skirt with hidden side zippers doubles as an off-the-shoulder top, + another a long knit lurex dress can morph, again via zippers, into a track suit. 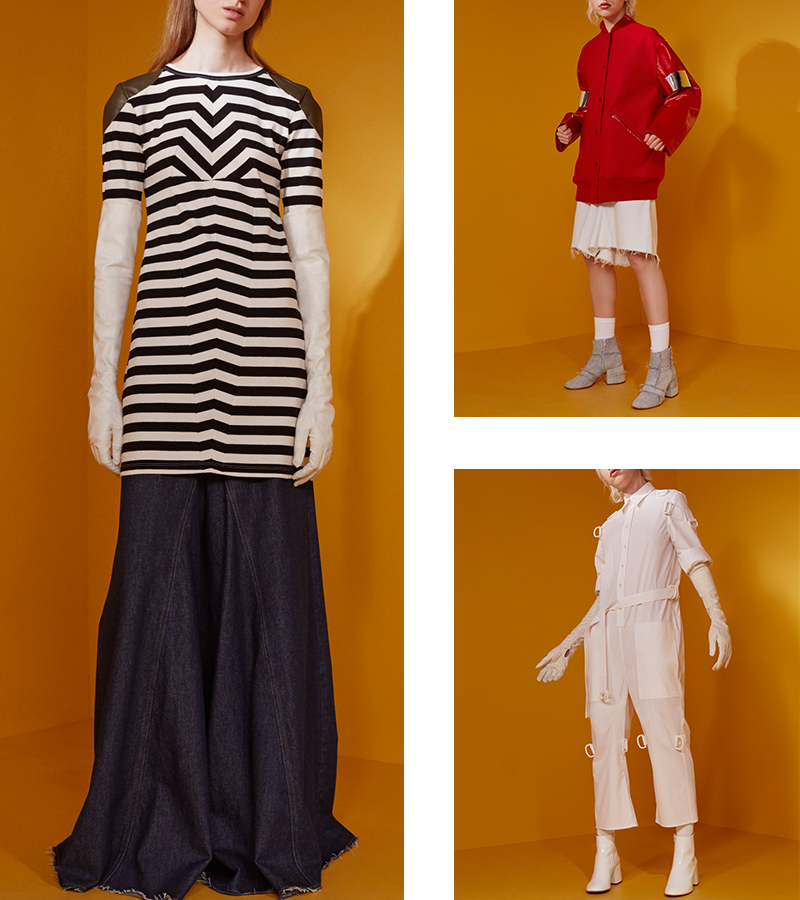 Another aspect of the collection was the western motif attached to several looks, including short cowboy boots + a leather jacket with metallic leather accents, similar to that of a cowboy shirt. Yet, as with everything MM6 Maison Margiela, its all in the details, wouldn’t you say? Super functional details, like D-rings, jutted out of both sides of legs + arms of a utility jumpsuit. There were plenty of raw edges playing with silhouettes, while bright orange-red net pants unexpectedly peeked out from beneath a grey leather shift. Of course, the white + black opera length gloves really tightened some of the looks here, giving your arm a lot of shine + mystery. 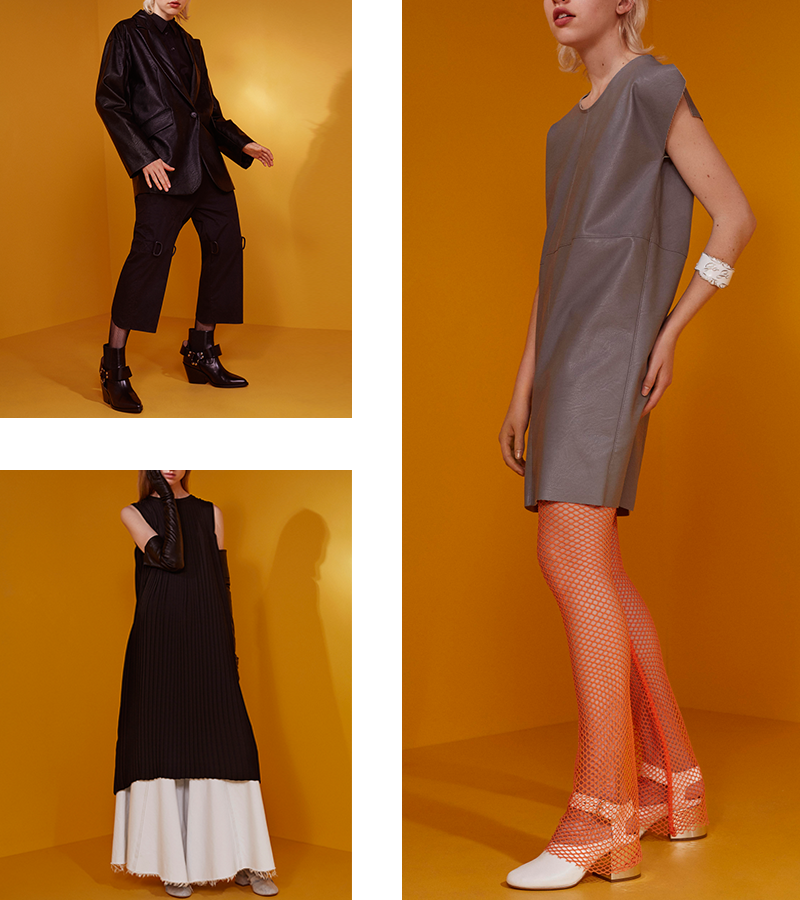