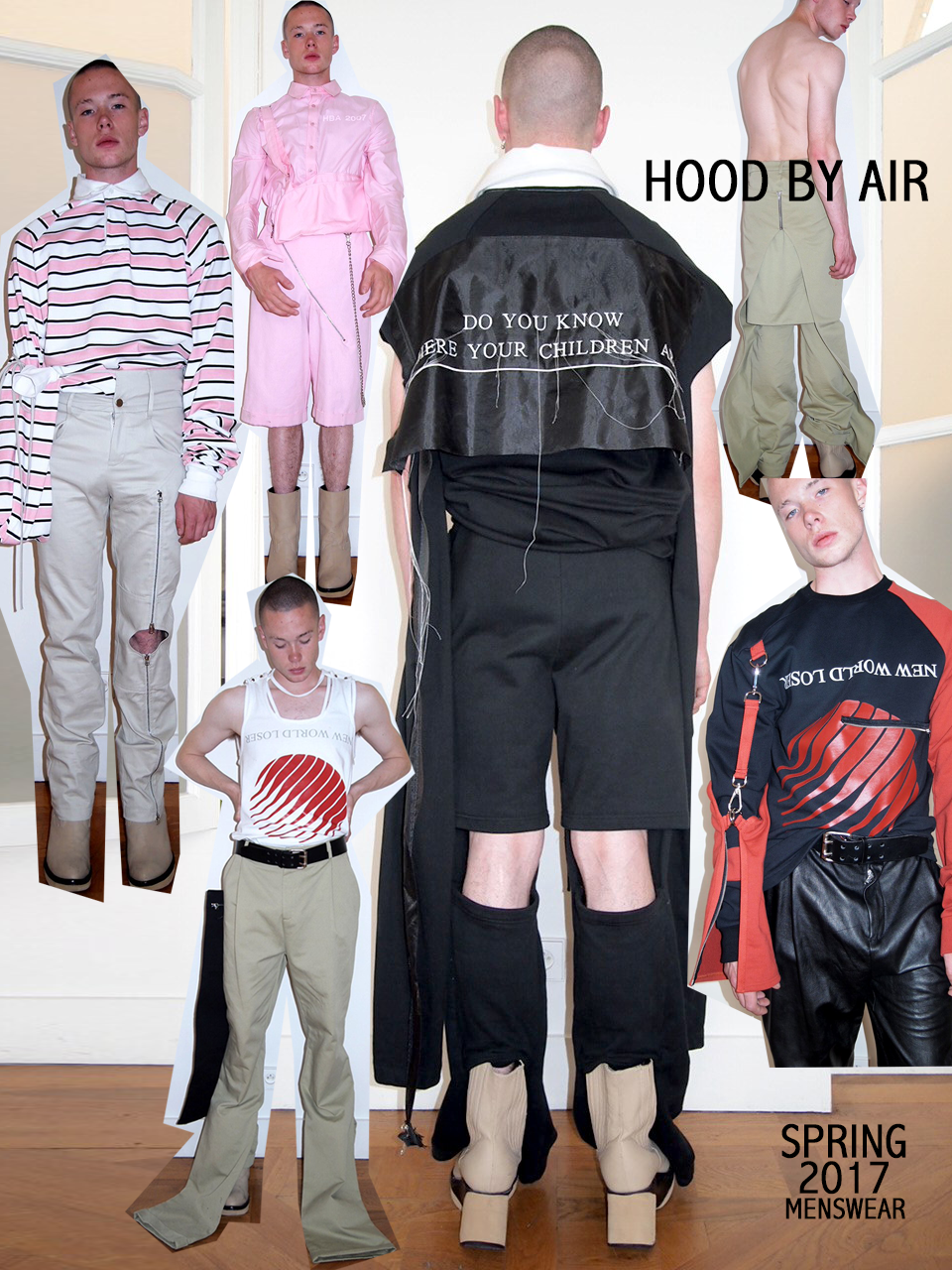 Every season, Hood By Air’s Shane Oliver’s menswear collections provoke by making the ‘what ifs’ real with his relentless knack of foresight on what a person, regardless of gender, should be wearing. One thing that is a mainstay with Hood By Air (HBA) is logo placement, which Oliver admitted to VOGUE RUNWAY post-show, “We revisit things that people know about HBA here, like logo placement. Because it’s recognizable in the dark.” Then again, they always push newer ideas forward in the light, either in shapes or in words put together to form ideas that can be construed as stand-alone ideas if not, labels full of irony like the logo of ‘New World Loser’ seen below. 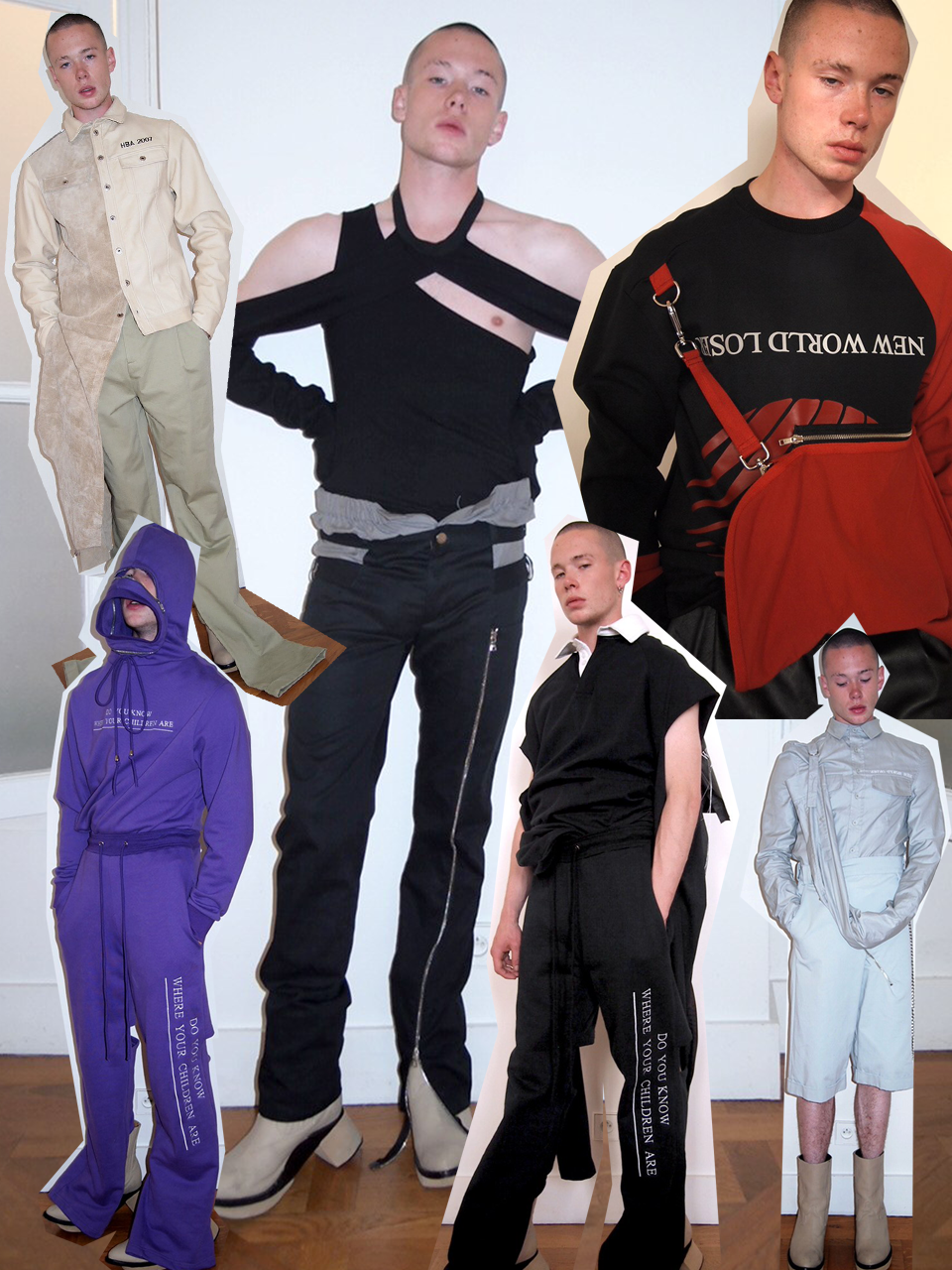 Of course, in the need for visibility in the ‘dark’, Oliver mentioned to VOGUE RUNWAY the apprehension to label his garments as menswear or womenswear, let alone present collections with those market restrictions resulting in boycotting the runway Paris “shows” in favor of atmospheric locales + unconventional formats. “We just want to celebrate Hood By Air in the men’s market,” said Oliver. “When people are reviewing it against something that is very tailored, it feels weird . . . we’re not competing with them.”

As usual, Hood By Air played with ideas that some might consider as totally unorthodox if not taboo including using an arm sling as an extension of a sleeve, if not, glorify the uniform as one would a pantsuit, which in + of itself can be considered a uniform by all accounts. 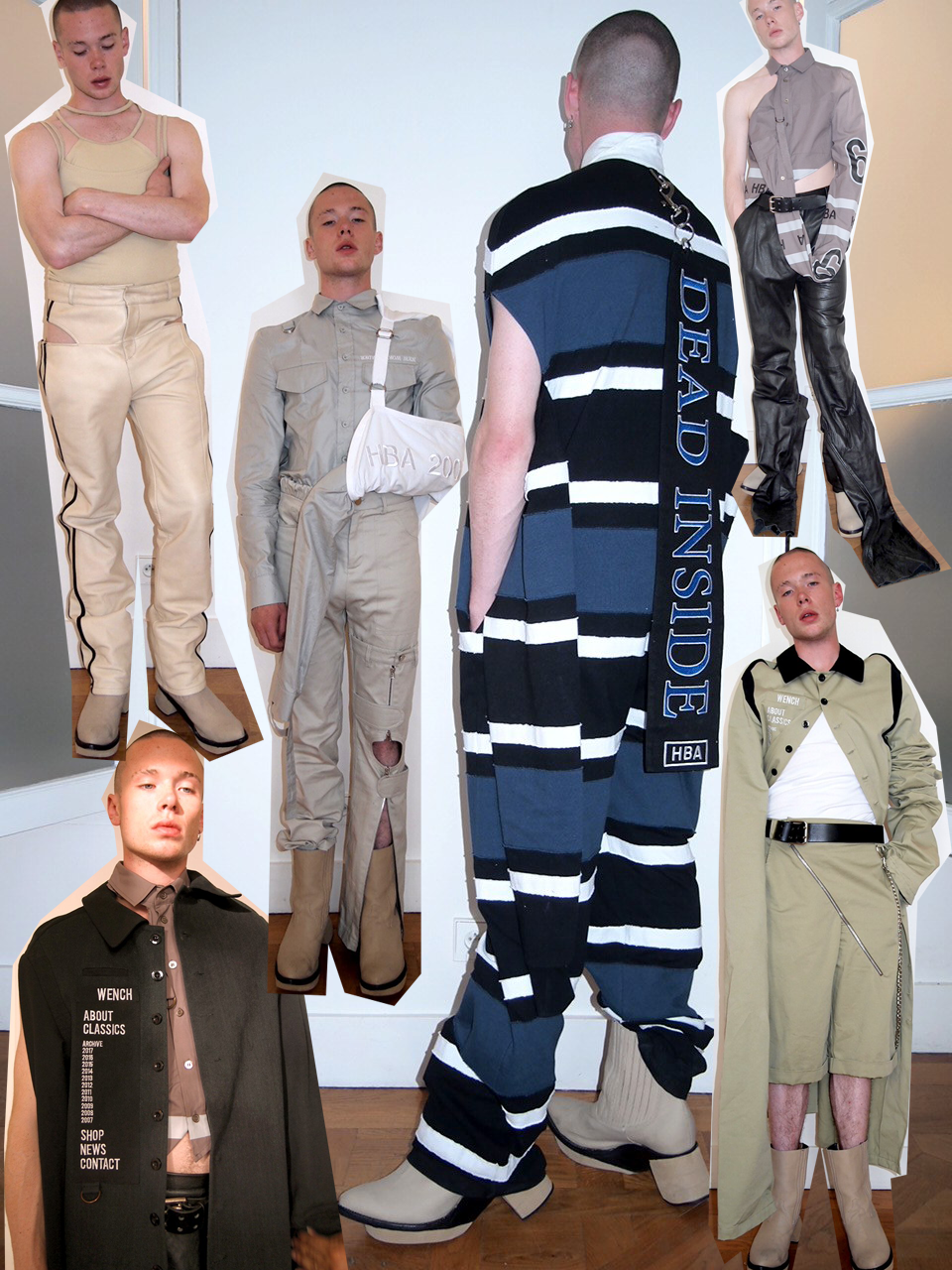