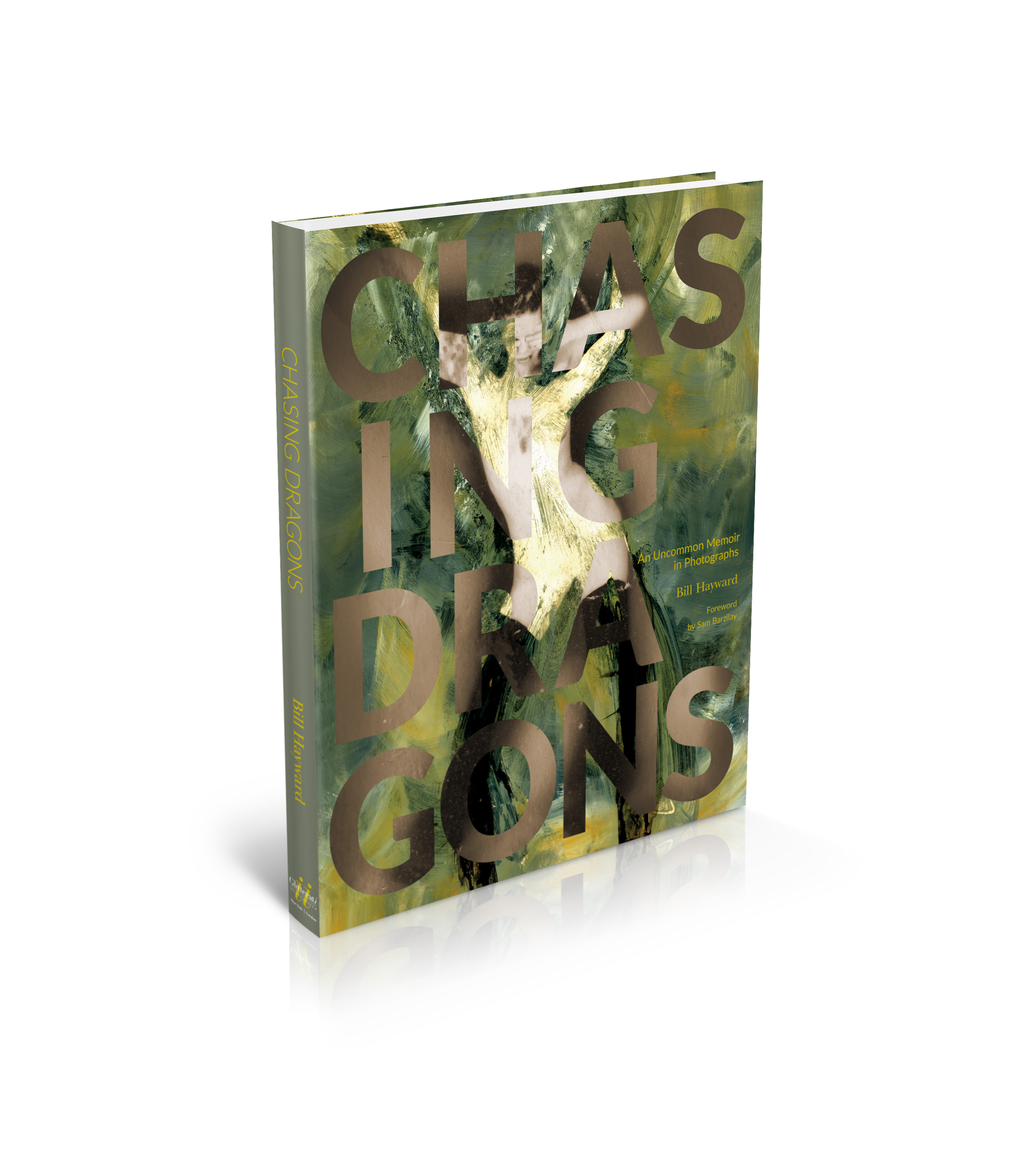 Contemporary artist David Hockney once said, ‘the photograph isn’t good enough. It’s not real enough,’ which I think artist Bill Hayward has taken to heart and evident in his Chasing Dragons: An Uncommon Memoir in Photographs by Bill Hayward, © 2015, published by Glitterati Incorporated. Comprised of an array of photographs, you journey down Bill’s life from childhood into adulthood. You get to follow Bill and his family through the vast highways of America, as a child. As the pages turn, photos of celebrities and dancers flirt across them. The scope of Bill’s life is rich with ingenious and interesting happenings.

He wastes no time in disrupting what others hold sacrosanct.

But it is when he’s a child that we’re faced with the first of his dragons. Brought to life by his sister Janet, these dragons take to skies in the form of clouds. and a peek into Hayward’s curious mind saying, “For my curious, six-year-old self, it was the edge of the known world. If asked, I was only a stranger looking for dragons.” 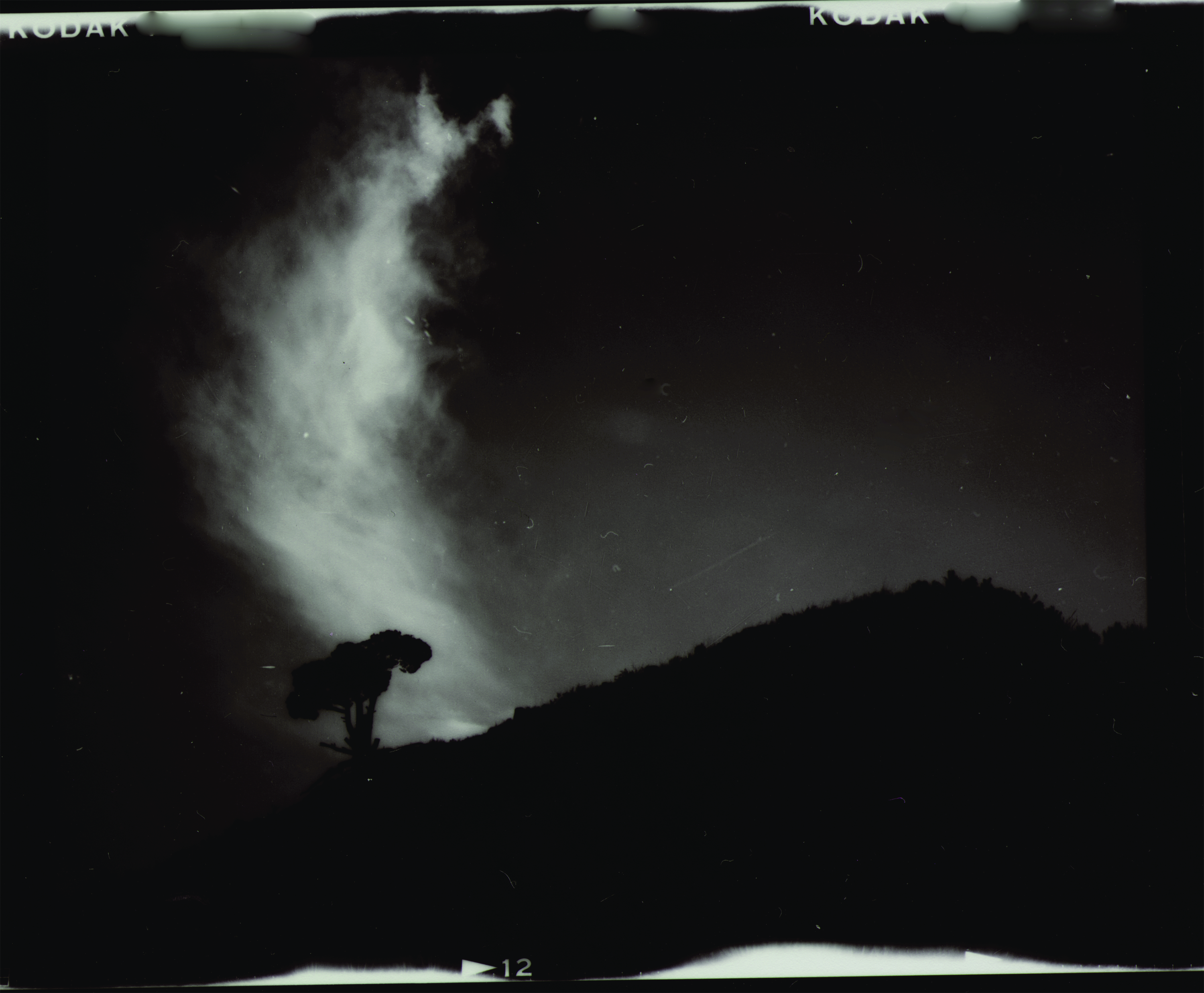 Broken down into five acts, this book chronicles more than five decades of Hayword’s work, which tells his story on a quest for self-discovery + new modes of expression-inspiring the same spirit in his subjects + all those who encounter his work. Sam Barzilay, Creative Director of United Photo Industries and co-founder of Photoville, said of Hayward’s approach to photography,

“He wastes no time in disrupting what others hold sacrosanct. ‘The photographic surface as unquestionable truth:’ a false idol to be scratched, cut, painted, folded, manipulated; dismantled and reconstituted,” which is very evident in the photographs that are resurrected after being shot then reinvented with an overlay of paint, decay and anything else Hayward fancies at that moment. 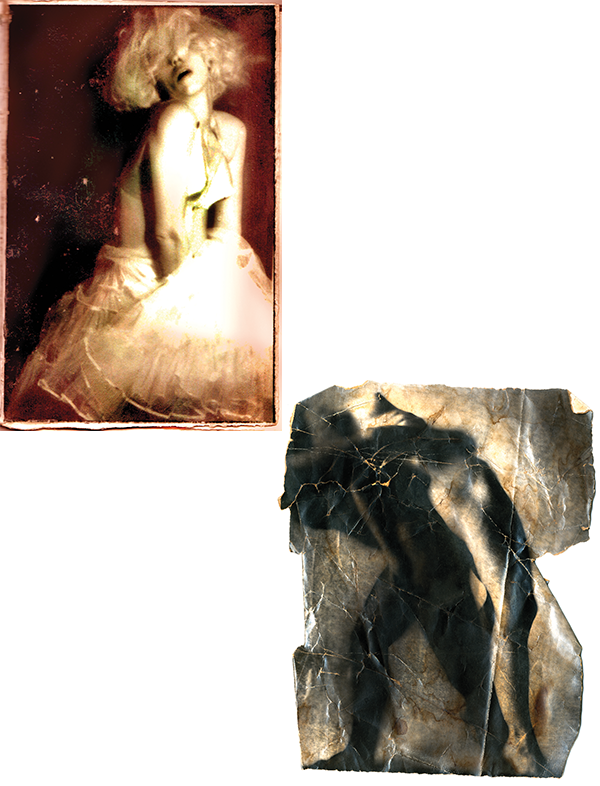 At times, he recreates the subject’s portrait. By taking the same image, splitting it down the middle, then taping them together, he creates an inner reflective look. ACT 2 under ‘Acts and Expressions’, is a perfect example. Below is a picture depicting this technique. 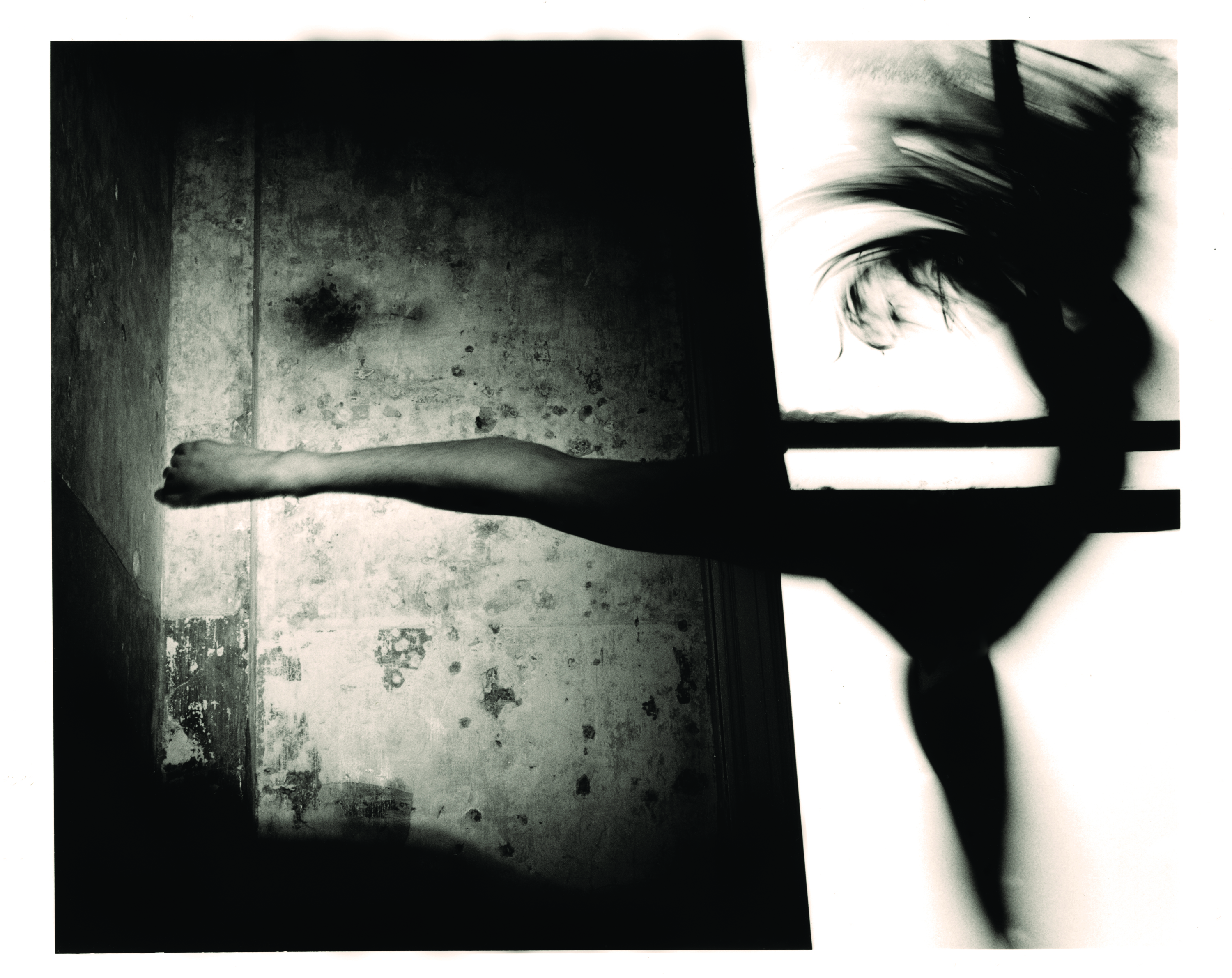 He wastes no time in disrupting what others hold sacrosanct.

But what his still photographs lacked in motion, he compensated with shooting movement, specifically that of dancers. With their graceful lilt like gazelles, the muscularity of their bodies kicks bends and jumps for the camera. Its Hayward’s open collaboration in the creation of his images that manages to pull such imagery to come to alive. Bazilay thinks, “Bill Hayward welcomes the transformation of his subjects into active participant and artistic partners.”

Now if you think you’re just getting a book of photography, ‘Chasing Dragons’ is more than that. With quotes from various works of literature, you also get a glimpse at your new reading list. Just like the pictures alongside, the words also come alive. And remember, as Hayward so beautifully puts it, “It’s all about bushwhacking your own damn road, chasing the dragons of creativity, inhaling their smoke…If you’re in process, you’re alive. If you’re not, your just occupying space.”