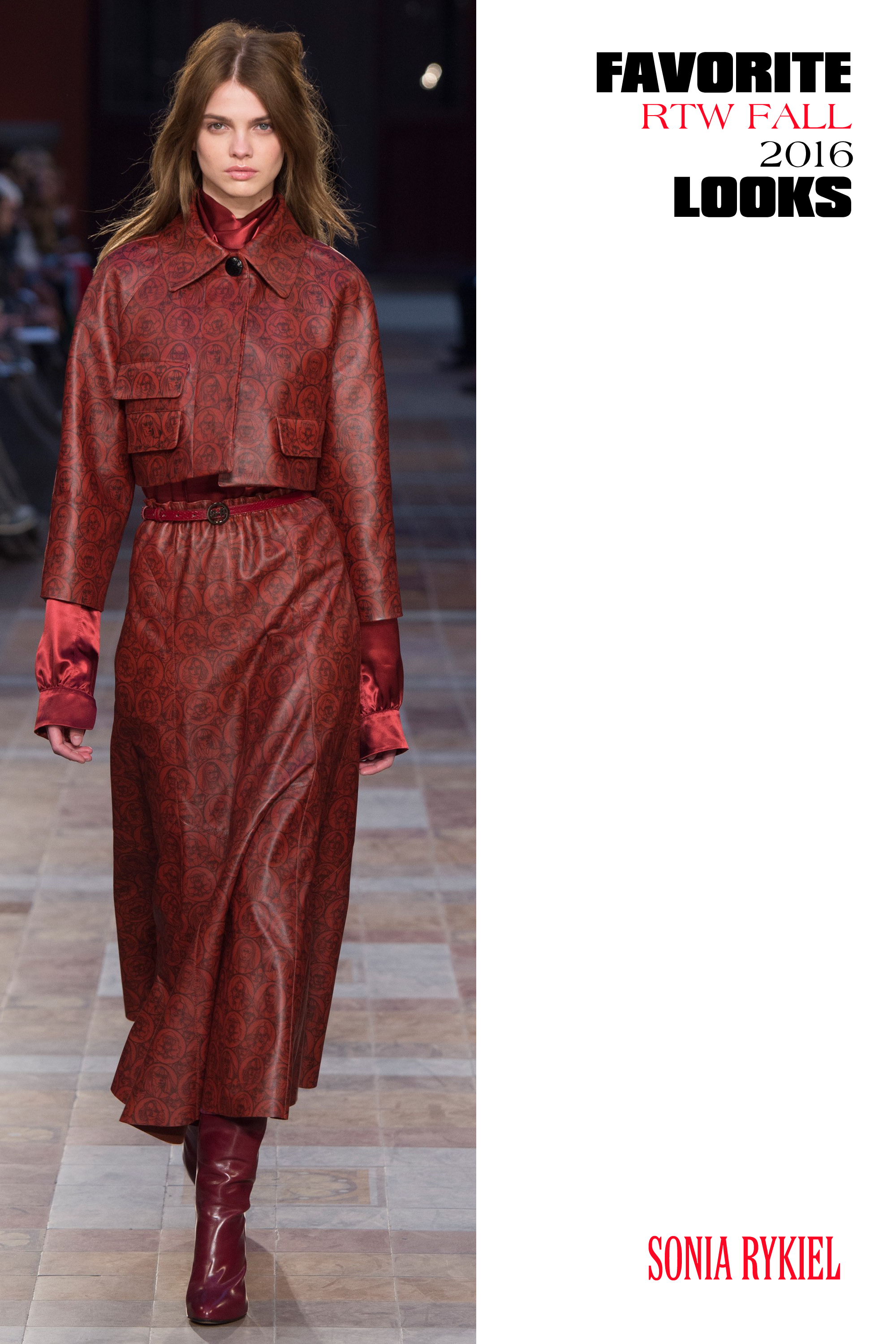 If I haven’t mentioned it before, Sonia Rykiel is one of my all time favorite designers. Her designs always have sex appeal with ease, which is one way to describe her RTW Fall collection. The collection, one might say, was a play of textures + prints, as well as silhouettes. One of the textures that took center stage was fur, including Mongolian lamb + fox. Fox fur, however, appeared most, on pom pom toed sandals, obnoxious sleeves on knits + jackets, as well as on coats lapels. Another texture that looked terrific, was one made to look like lace but actually, it was a floral cut out print in shiny jet black. Other noted textures included tweeds, bouclés, knits, denim, suede + lace.

As for prints, no Sonia Rykiel collection could be without her signature stripes, perfectly orchestrated into several looks by designer Julie de Libran. Sonia’s stripes where sprinkled throughout the collection, sometimes on tights + other times, on tops + skirts. Yet, an interesting homage to these stripes came in the form of a cool cropped sweater, with wider stripes embellished entirely in large paillettes, paired with wide leg cream trousers. A print that stole the show however, was one by collage artist Maggie Cardelús, showing the faces of Rykiel’s women-house founder, Sonia, her daughter, Nathalie, + Nathalie’s daughter, Lola, alongside De Libran + Cardelús, + many combinations thereof using a cutout technique, as reported by VOGUE RUNWAY. This unique print made its way onto a leather coat, leather platform boots, + on silk tiered dresses. Python also made an appearance on platform boots + the body of a jacket with fur sleeves. 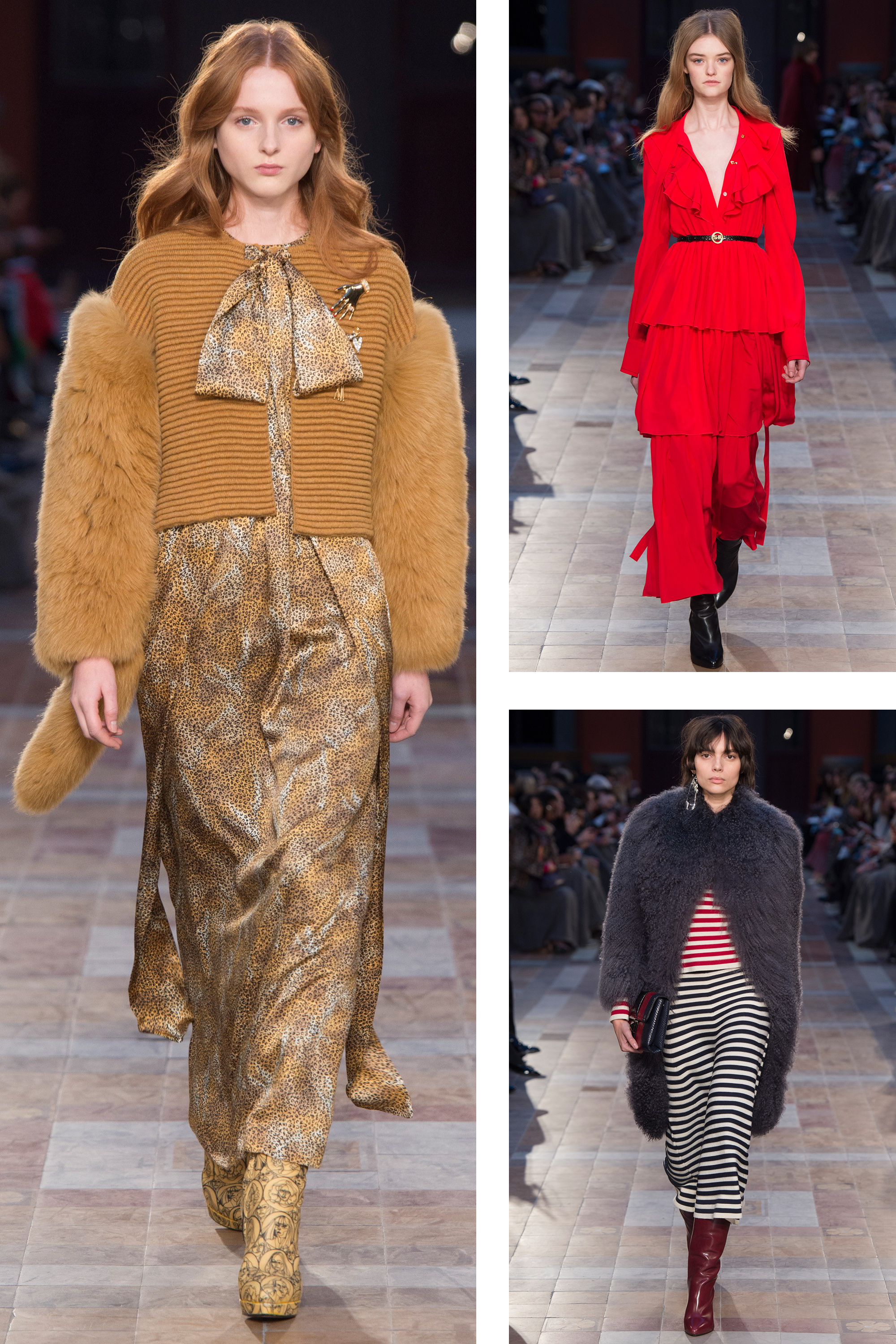 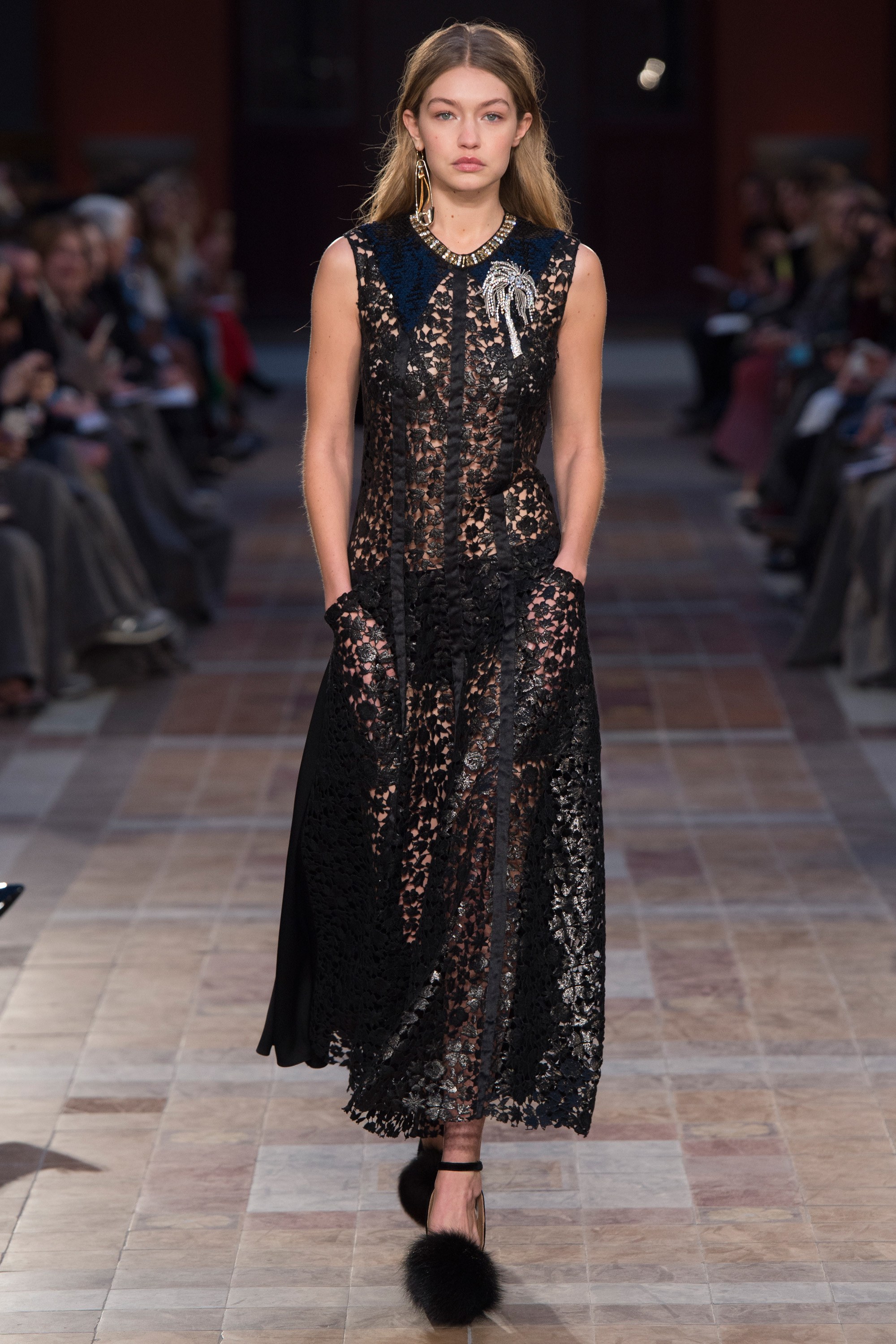 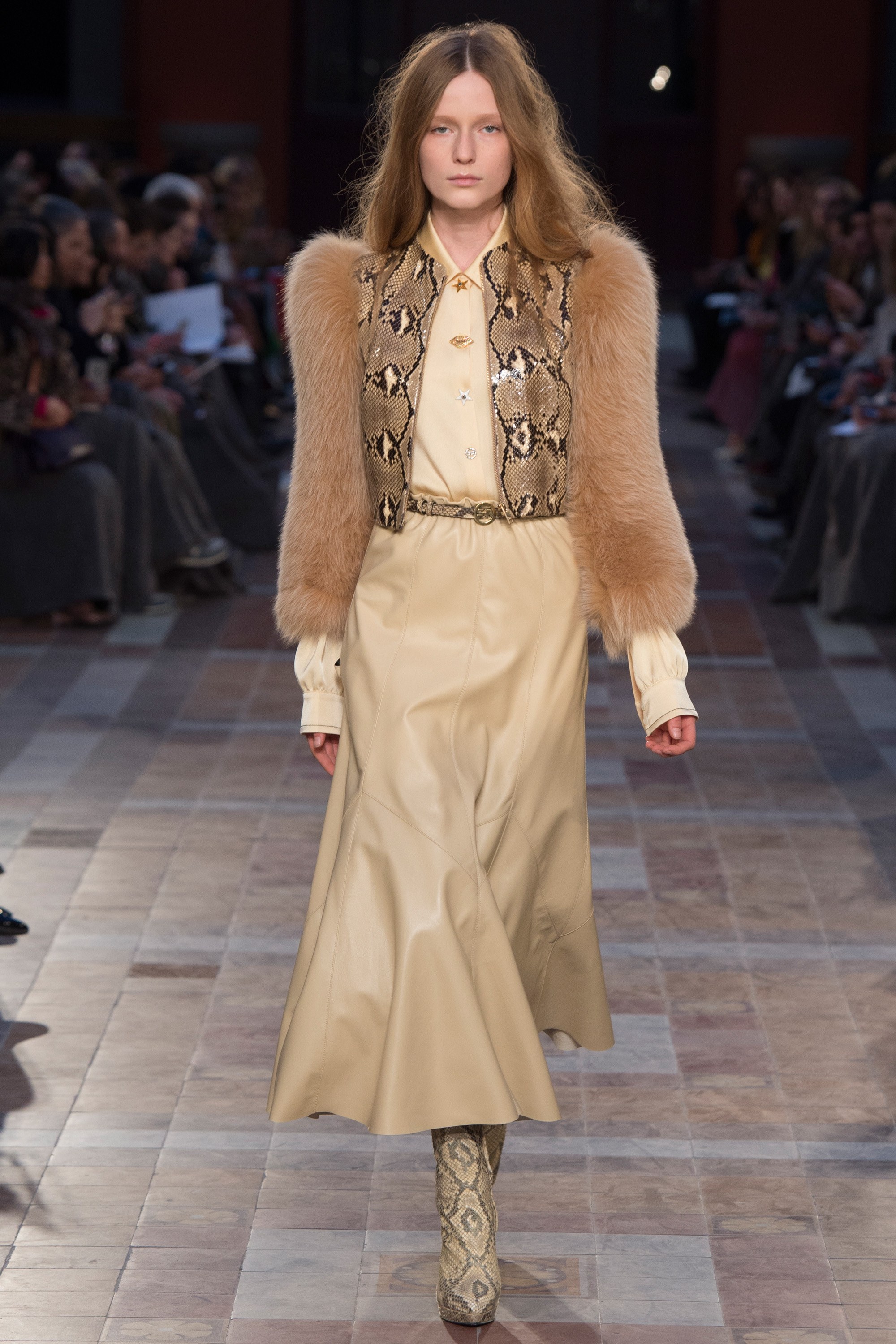 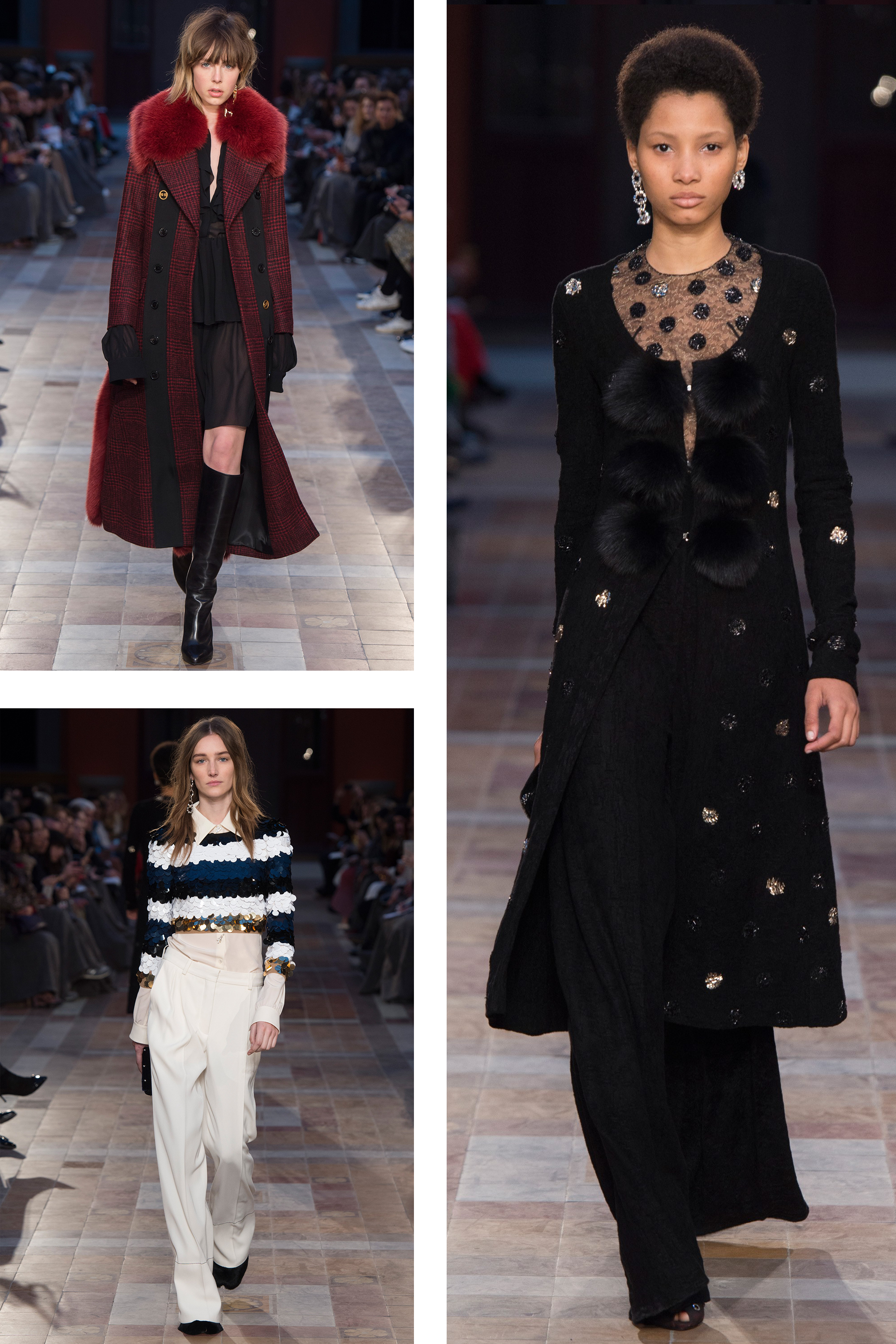 The overall silhouettes varied, especially amongst the range of dresses, from long to short. The long included tube skirts, silk + light denim tiered maxi dresses. The short appeared as sheer mini dresses, patchwork denim mini, along with a pleated mini. Of the pants present, most of them were wide leg, in different fabrics like denim, while a beautifully sequined blue pant suit, piped in black, killed it with cool sass. 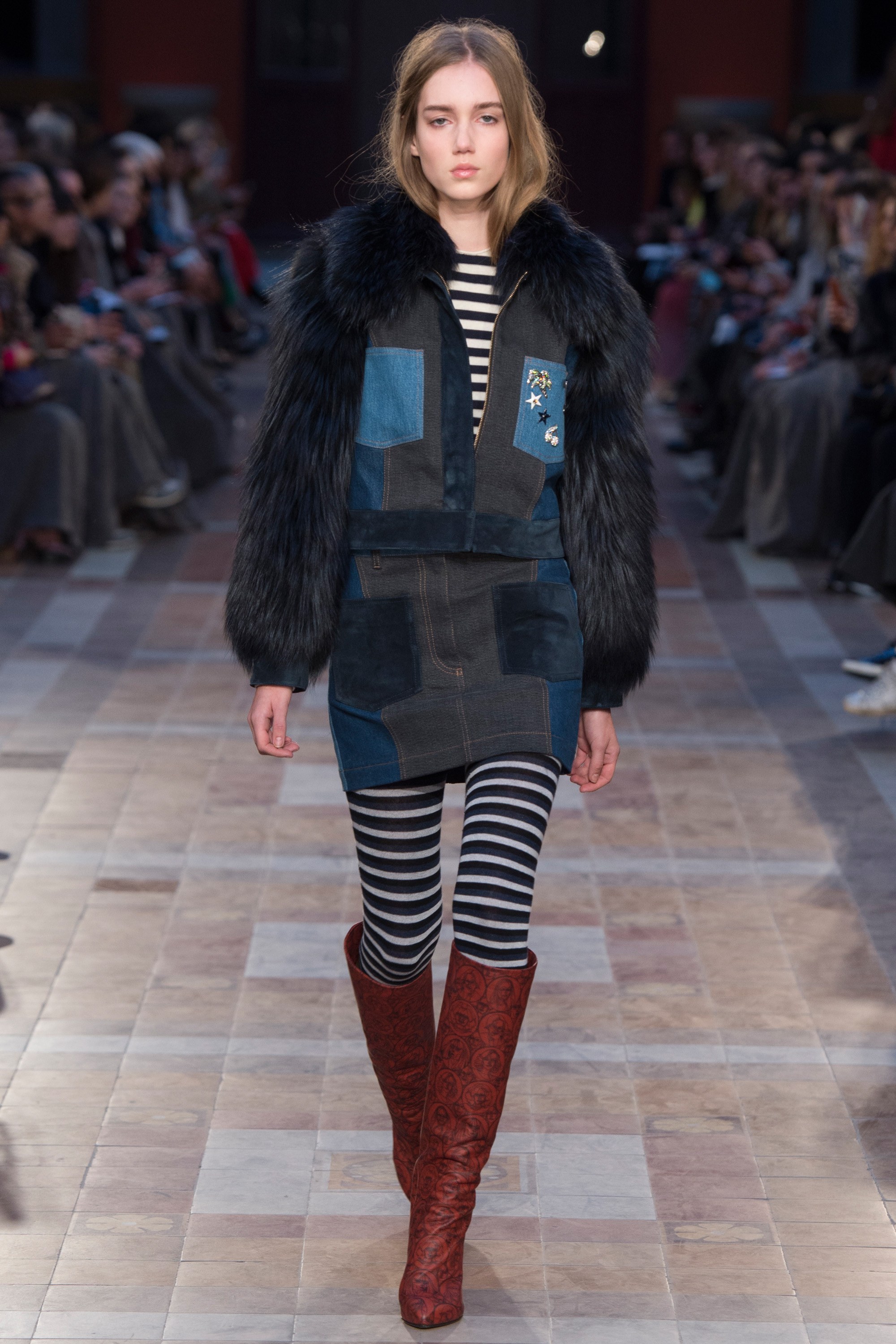 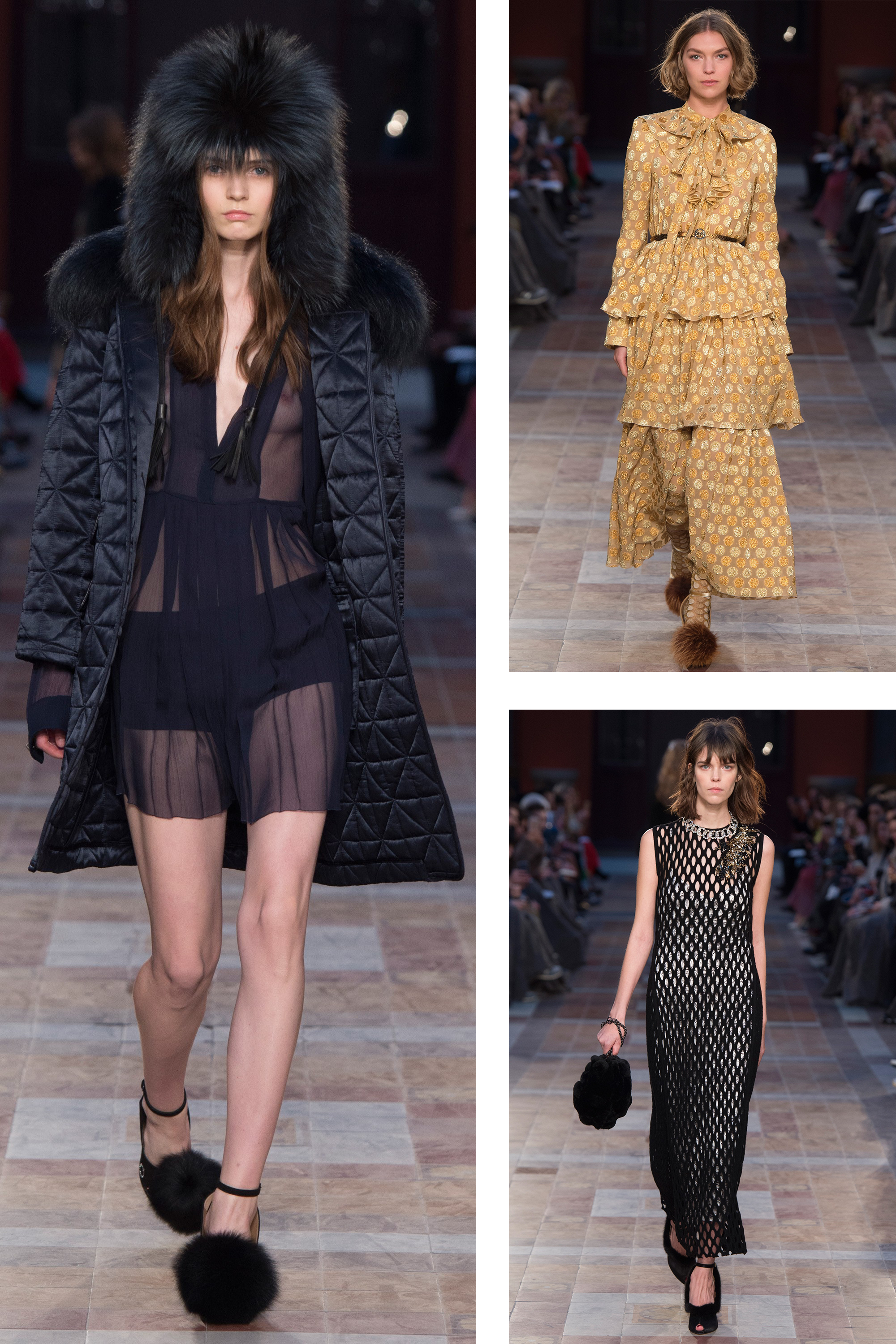 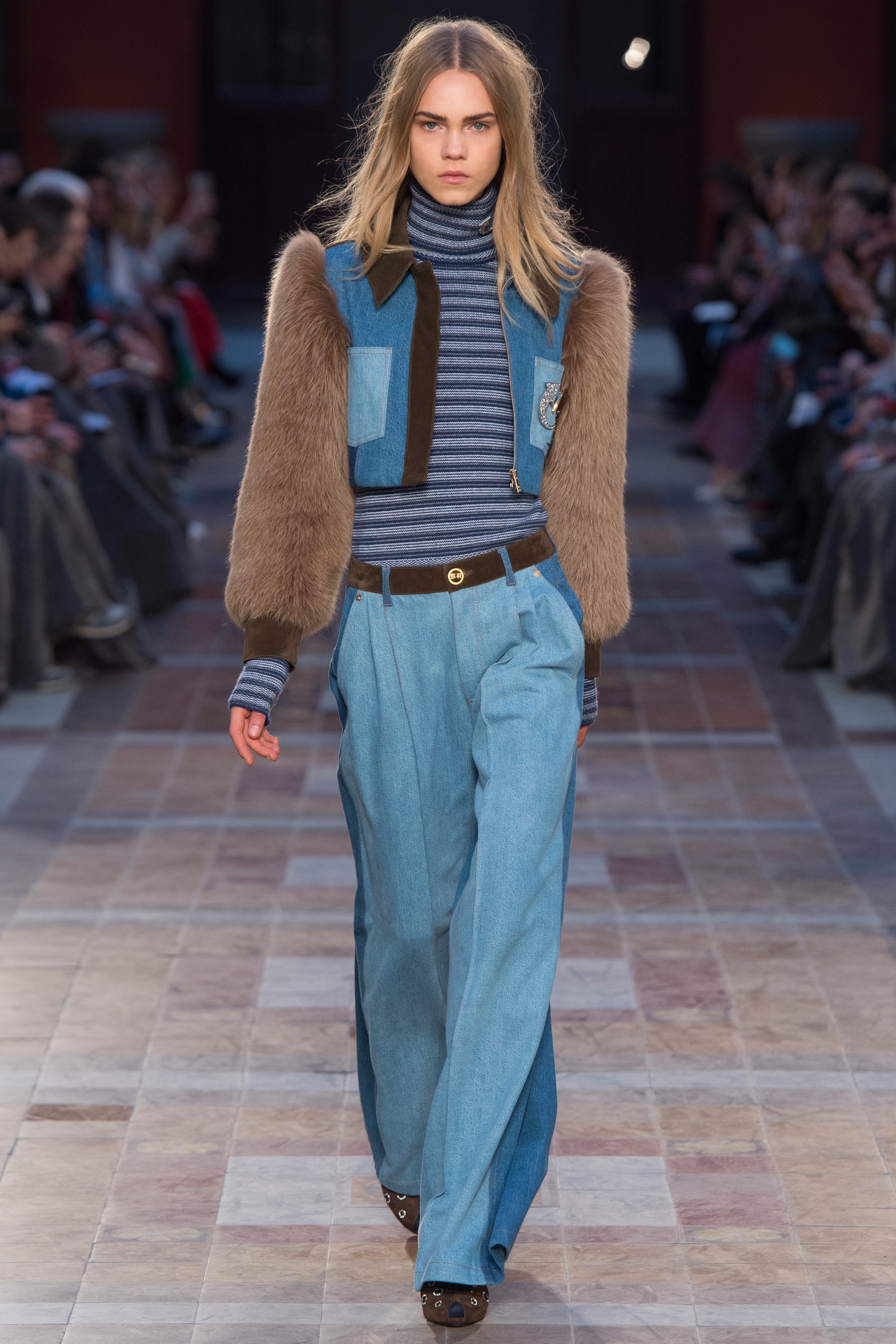 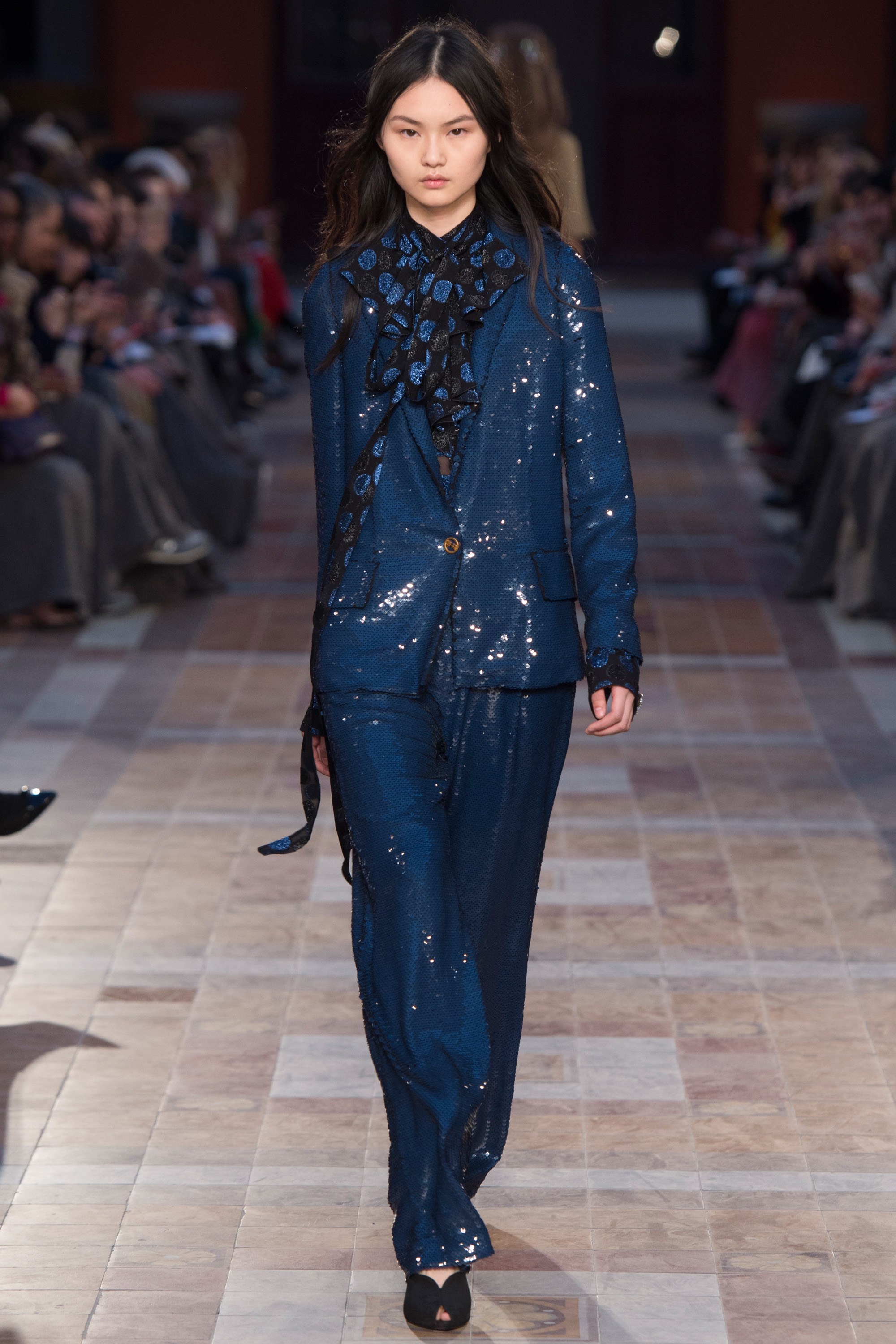 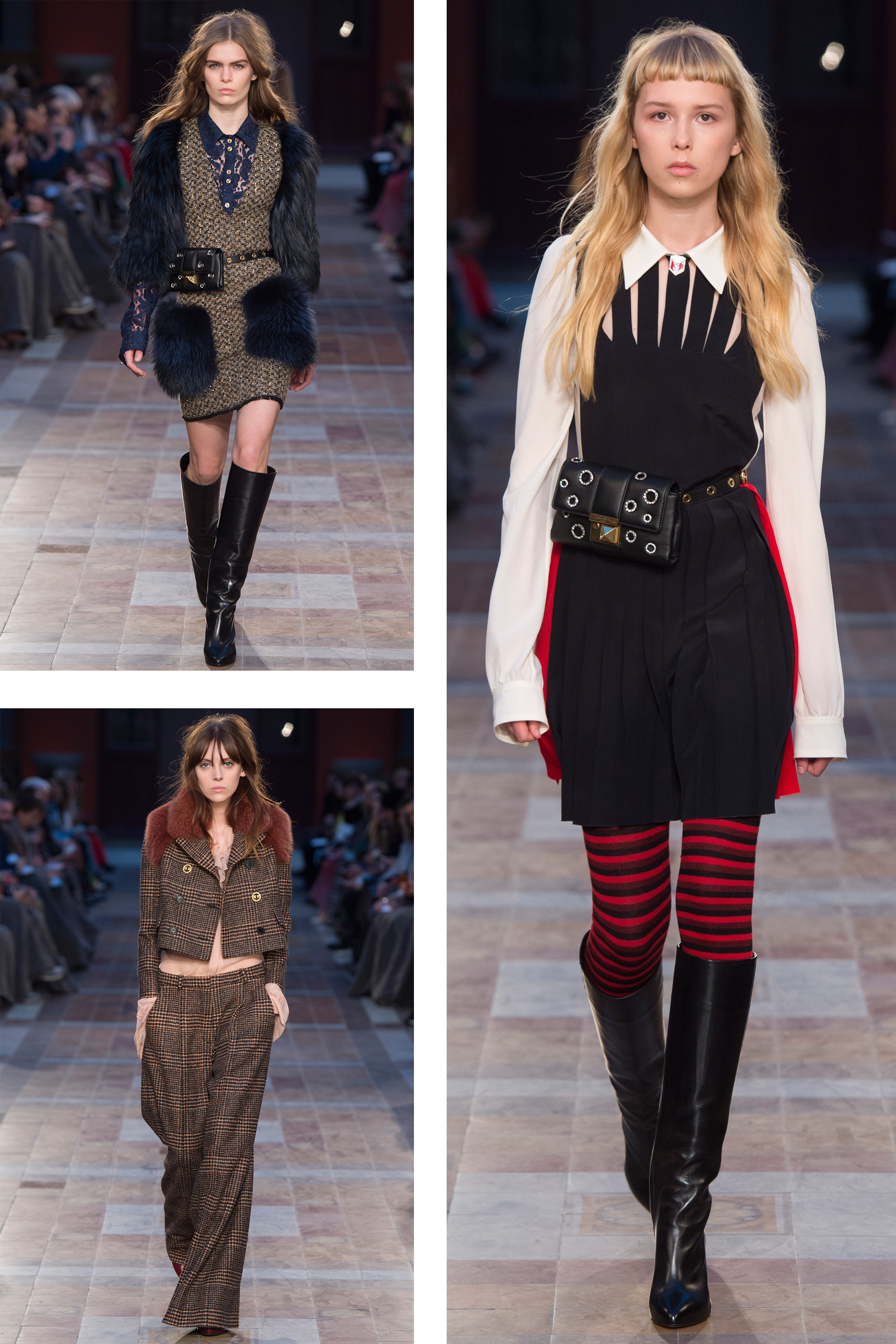