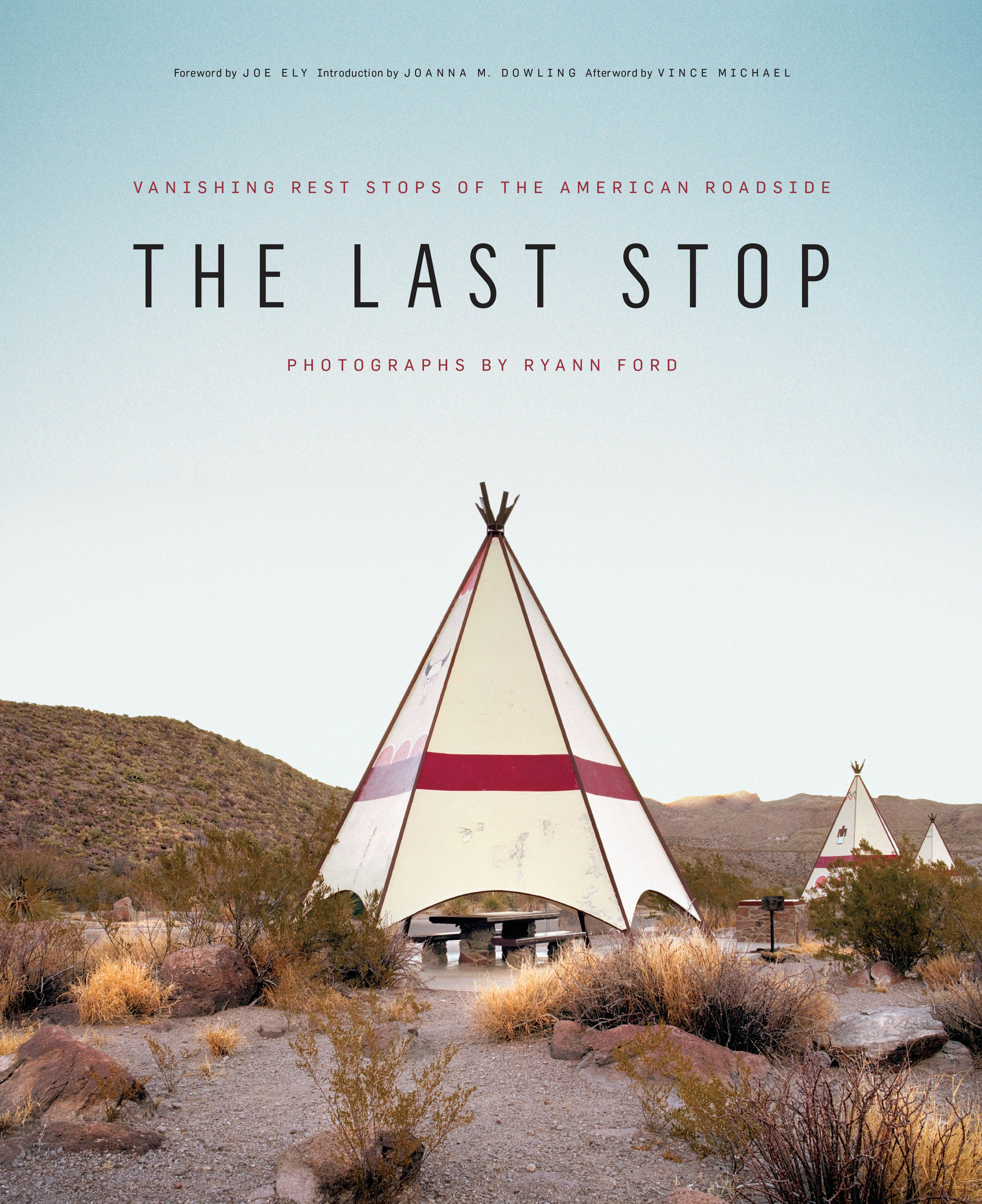 American rest stops, if never visited, are places of an evolving America where the sign of big cities + nature converged as a place to take pause at modern civilization’s growth spurt. Fortunately for us, photographer Ryann Ford takes us on a fascinating cross country trip, documenting the charm + beauty of remaining rest stops in ‘The Last Stop’, published by powerHouse Books. Page by page, your eyes become transfixed on the different rest stops surrounded by negative space, laying on top of would be grass, dirt, sand, rocks or concrete, giving you a moment to meditate on what might it be like to rest there after a long trip with the all-knowing best friend, the annoying relative who never shuts up or just relishing in the fact you can finally rest, if for just five minutes, before hitting that road once again. 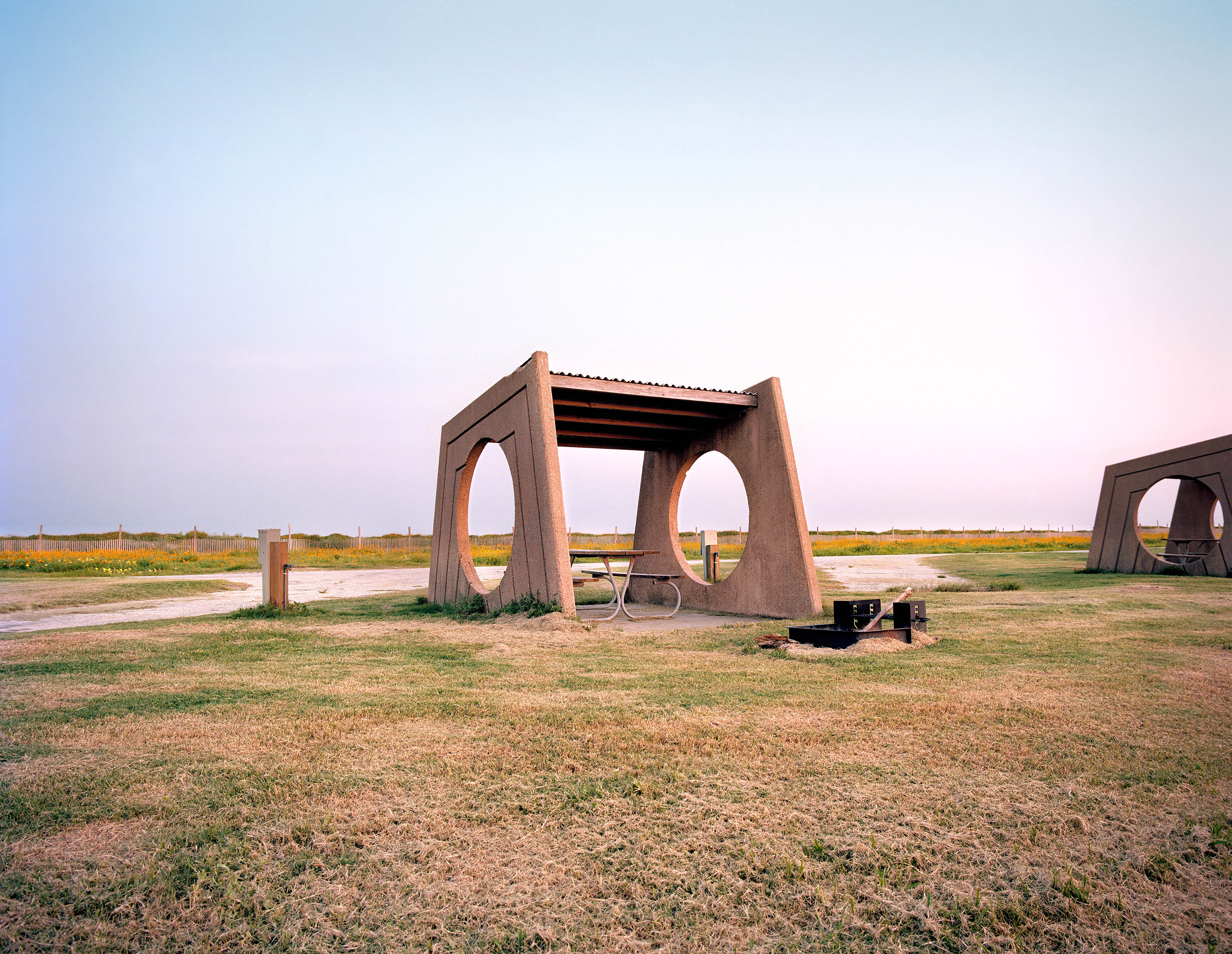 Joanna M. Dowling, the cultural historian, writer + creative director who pioneered rest area history cites the roadside as having been a place of connection, a place of pause, where the experience of the landscape become more important than moving beyond it + after seeing the collection Ford has amassed throughout this book, you’ll see why. Sure you have your typical idea of one as a simple picnic table for six with long benches sprinkled here + there, but then there are others who’s architecture alone is a marvel in itself, considering it’s location + function, like the one below in Bonneville, UT, with its futuristic lines. 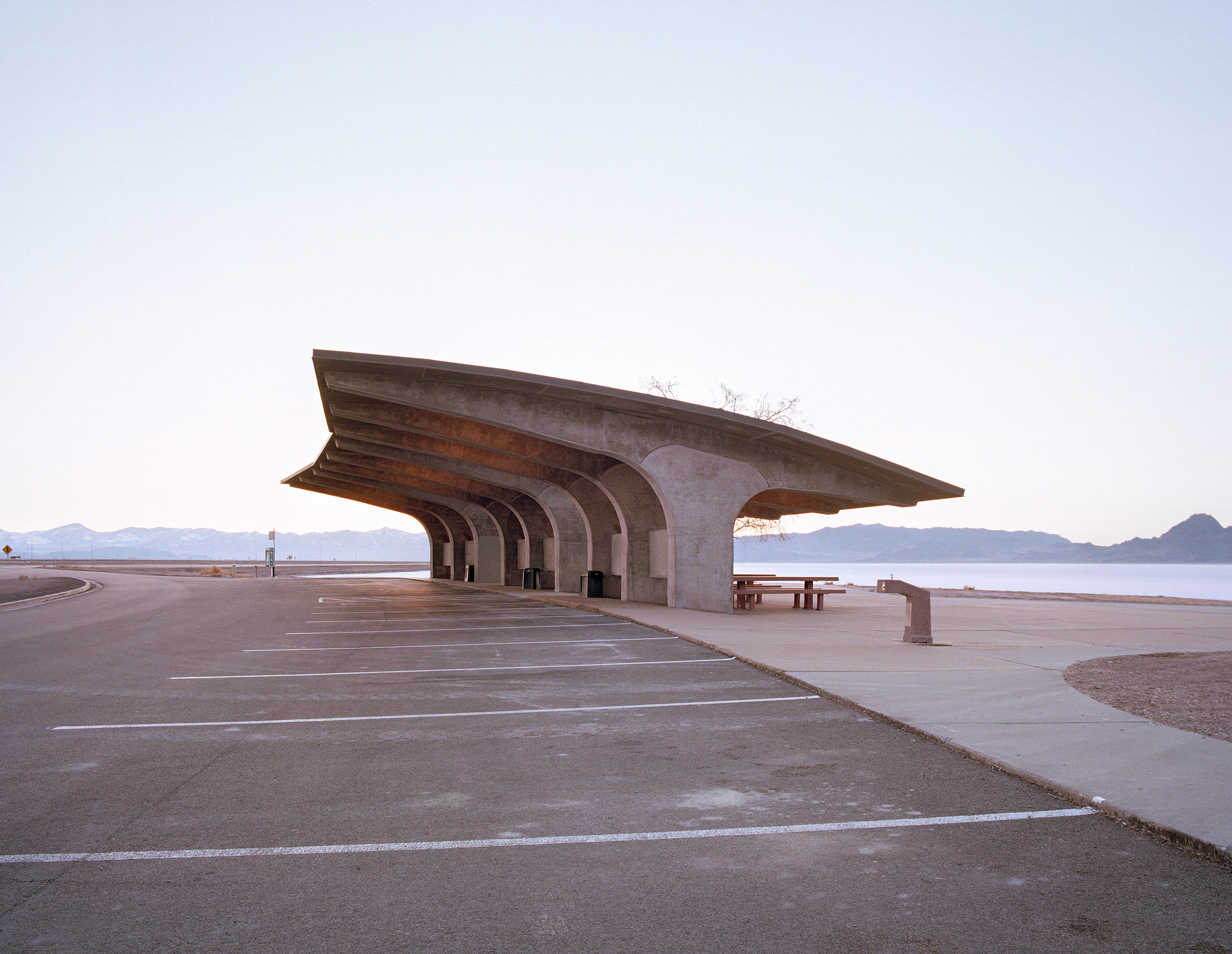 “Many of these stops were created by motorists, stopping spontaneously by side of road, exiting car + commune with natural landscape,” said Joanna, which is very clear in the rest stop below found in Abliqui, NM. This rest stop definitely looks like it’s been placed on a deserted island, as a peaceful retreat. 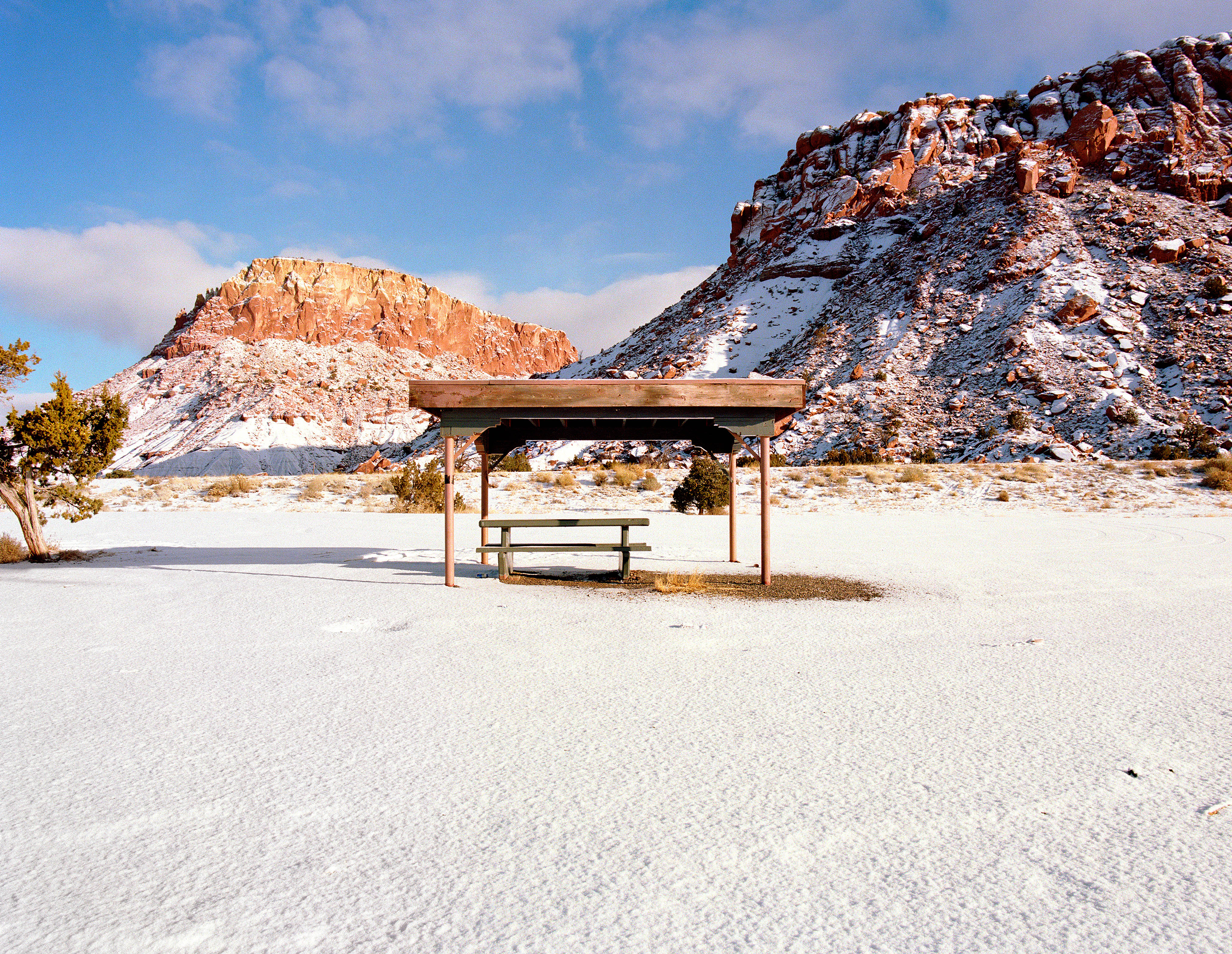 Now you have to understand that Ford’s impetus for such documentation grew from the lack of resources found on the subject, not to mention testing his many friends’ loyalties in trying to “find a friend willing to take a week off of work to drive around looking for rest stops” as her mom was worried about her going alone. But by sheer curiosity + ambition, she began by using a paper map, looking for picnic table icons + navigating to that spot. And of course, after driving hours + hundreds of miles to such icon, just to be disappointed after finding nothing there thanks to possible demolition, she thought. Eventually, Ford said, “After a few of those, we wised up + used Google Earth to scout locations from above,” which eventually led to the wonders found throughout this book. 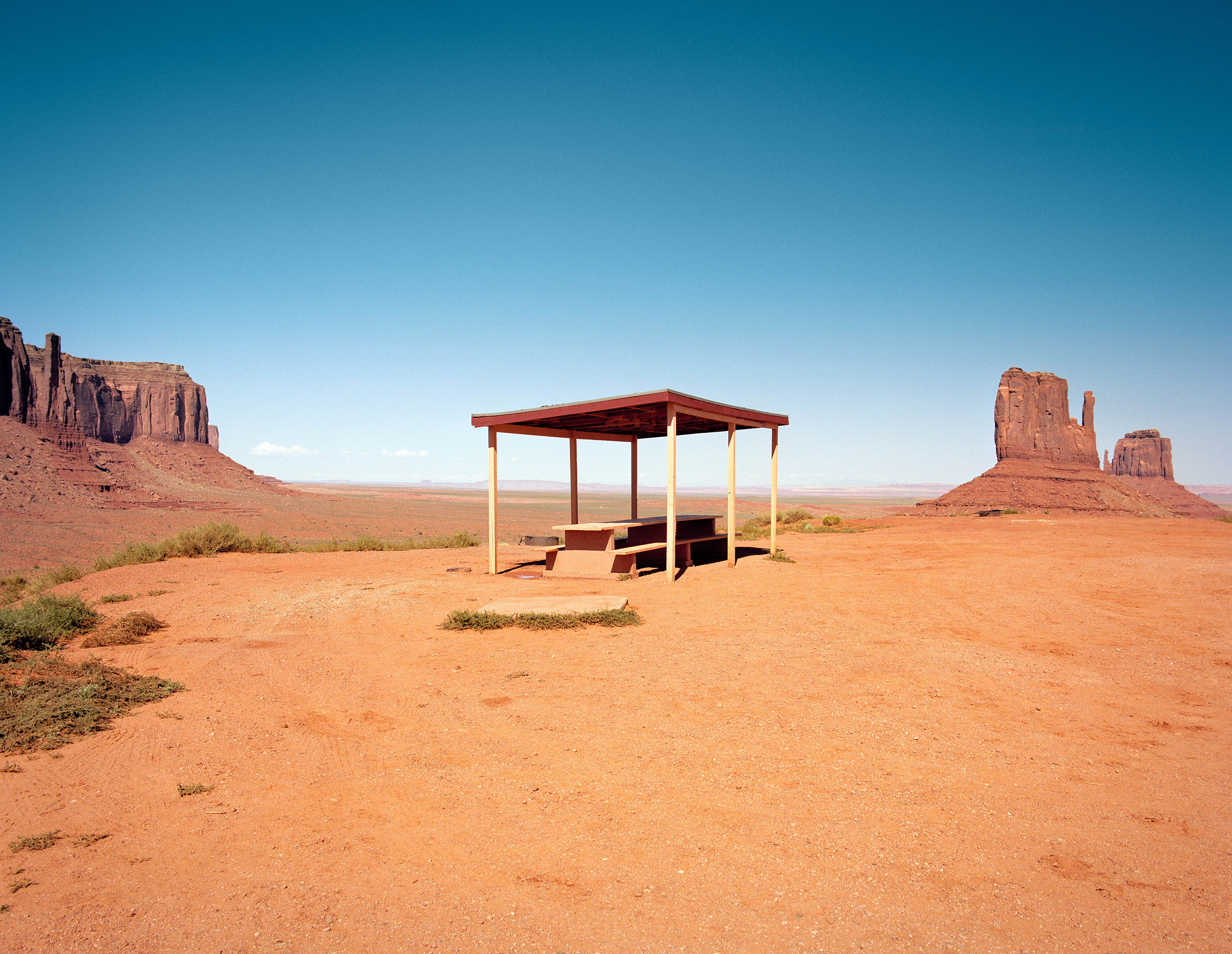 If you’re a fan of Americana, then this book which documents the vanishing roadside rest areas of America’s highways, is sure not to be missed. Ford manages to capture their every detail with sheer poetic license, devoid of any artifice, making each place seem better than what it is, capturing its true essence of why they’re still left standing amidst the vastness of modern creature comforts, full of technological conveniences rather than relying on pure human need + functional simplicity. 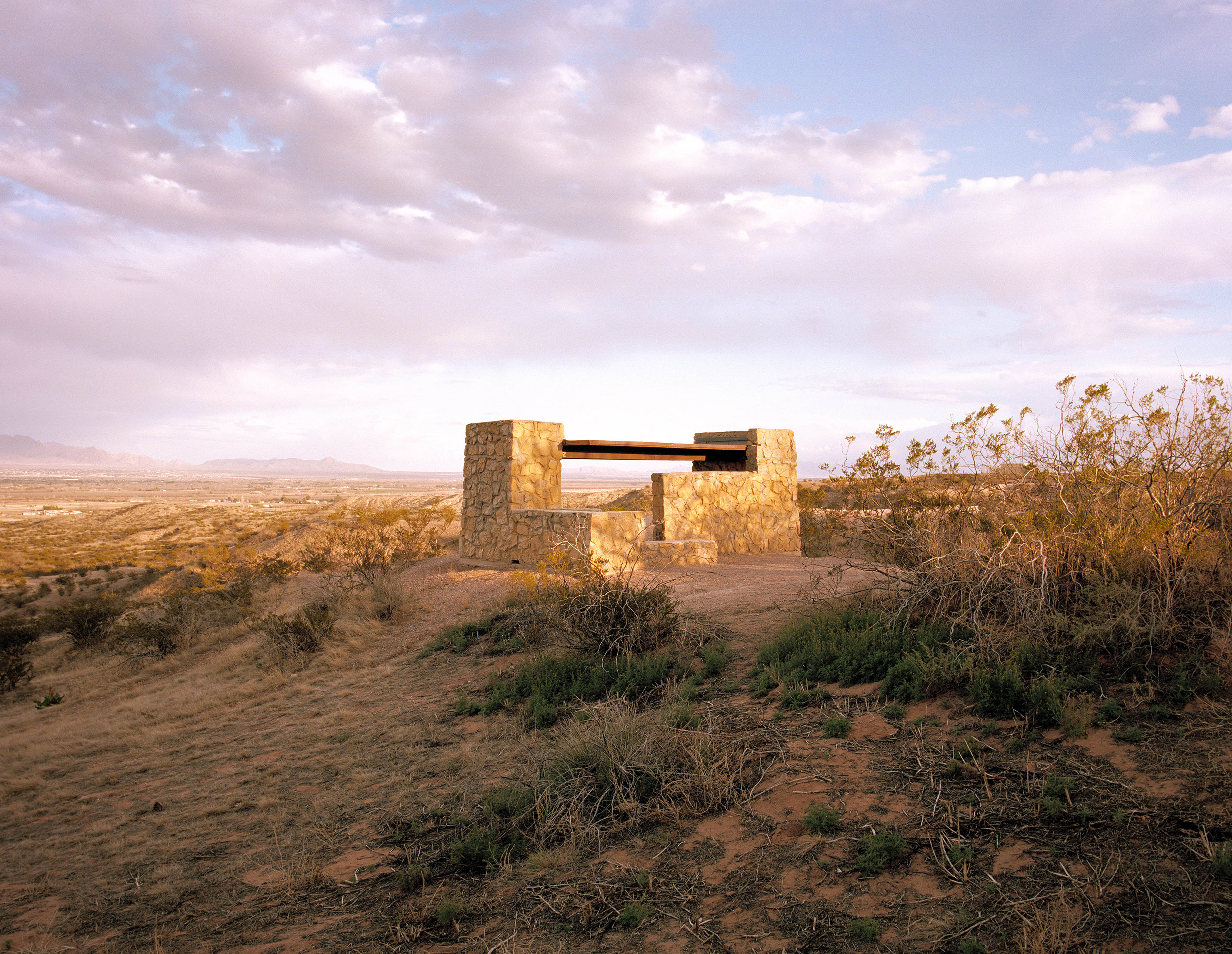 ‘The Last Stop’, published by powerHouse Books, will reinforce the wonder of spending time on the road + the magic that comes along with it in discovering such forgotten memories of simpler times in America. Ford’s hope is “that this book cultivates an interest in the often-overlooked beauty + significance of rest stops in the American travel experience + maybe even encourages preservation of those that remain”. ‘The Last Stop’, published by powerHouse Books, is available for purchase at Amazon.