For the most part, I applaud Gaga’s ability to spark conversation based simply on her fashion choices + presentation, but here, she failed miserably.  Never, ever, should form be sacrificed for function! 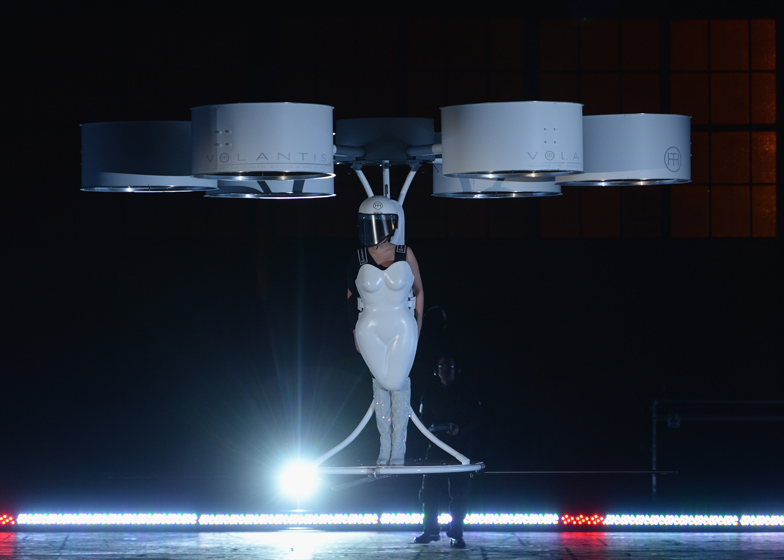 Last night, at her latest album launch event, Gaga, as usual, made quite an entrance appearing in the ‘first flying dress’ above.  Called ‘Volantis’, Gaga was strapped into a white fiberglass suit, shaped to look like a haute-couture gown + flown by six battery-powered rotors.  The rotors are surrounded by white cylinders arranged hexagonally + connected to a central node above the suit, which rests on the ground using a circular stand when not in flight.

Personally, the ‘haute-couture’ gown looks more like either the torso of Botticelli’s ‘Venus’ (part of the cover art for new album ‘Artpop’) or a mannequin missing limbs, while the rotors, remind me of either lamp shades or drums.  For the ‘first’ anything of it’s kind, when worn by such an influential artist, you would think it would be a lot more streamlined + stylish.  Regrettably, Gaga, London company Studio XO + TechHaus, the tech division of the artist’s Haus of Gaga creative team, designed this thing.