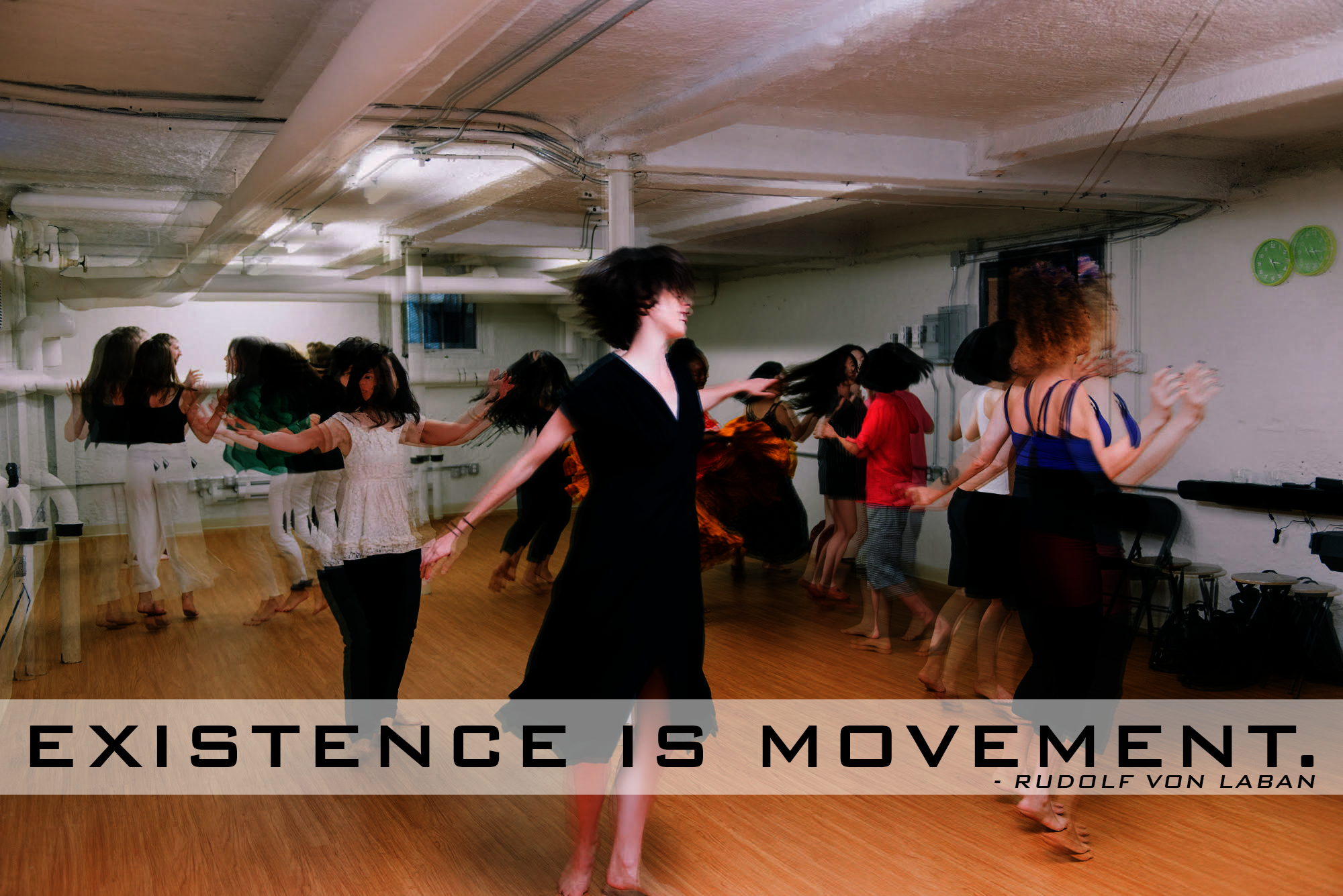 A few weeks ago, after attending an early morning Saturday dance class at Spec-Chuan Movement & Arts Center (SCMA), I started crushing on Queens in a big way. I took my first ever Bollywood class (part of their World Series classes), taught by Sankalp Sharma. Much to my surprise, not only did my body break a sweat but it also made me regress back. Back to my days back in daycare, I found myself running around, in every direction, to warm up. But you’ve been warned. Being in a room full of strangers, so early, running around like a small kid is sure to cause giggling.

How The Release First Started Thanks To Bollywood

Once Sharma began describing the first part of the choreography, I came to appreciate Bollywood dancing that much more. Like interpretive dance, your dance moves become a type of sign language to describe song lyrics. We danced to a love song. In it, the singer describes trying to seduce their love interest. Our dance moves then re-enact their every move to ensure he or she take notice.

We first started waving our hands while walking forward to highlight our swagger. Then we motioned to dipping biscuits in tea, which demonstrated our love. A few moves later, we cooled down with deep breathing and quick stretches.

But what made SCMA so special to drag me out of my bed in West Harlem to make it all the way to Queens on a Saturday morning? Quite simply, its founder, Xiao Chuan Xie (a.k.a. Chuan, pronounced ‘Truan’), seen below, + her journey that led to opening such an incredible place. 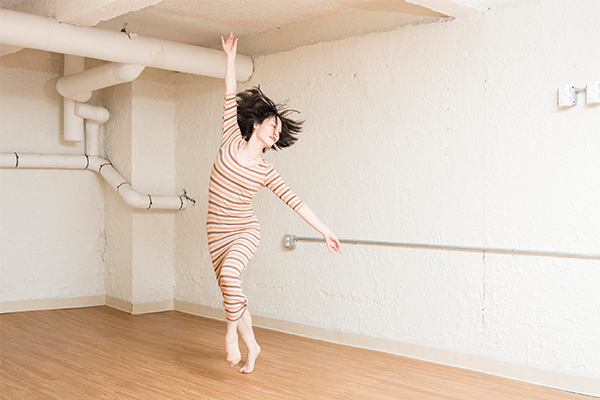 How Xiao “Chuan” Xie Started Her Love Affair With Dance

Chuan started her dancing career in the Nanjing Jingling Arts Organization in China + trained as a ballerina before her 2009 descent into New York to join the Martha Graham Dance Company (a modern dance institution), which led to rave reviews from the New York Times. In 2015, Chuan then made her way to Broadway starring in the Tony award-winning production of ‘The King & I’, part of Lincoln Center’s Theater 2015 revival, with critical acclaim. Yet, this newfound success came at a price, which I further explored when interviewing Chuan.

From Chuan’s bio, I learned how Chuan’s mind + body disconnect led to her birth of SCMA. According to her, the grueling non-stop eight-hour days of dancing/rehearsal as a professional dancer (with Martha Graham Dance Company) kept chipping away at her body in ways a lot deeper than what lied on the surface. Once on Broadway, while doing intense repetitive movements on autopilot, regardless of her flexibility, led to a hip injury in 2015. During her recovery period, she discovered many ways to connect her body with her mind.

Finding The Connection Between Dance And Therapy

Chuan’s various therapeutic methods included Physical Therapy + Acupuncture, which made her aware of herself where she told me she was experiencing how the body can restore so many of our childhood traumas and memories without the conscious mind knowing it. She added, “ I found out that I would unconsciously lock my arms close to myself as a result of locking my rib cage as well as if I was over-protecting myself.

I discovered that my tailbone was always tucked under first because of my ballet training, second I believe it’s because the female protection (I am still studying this fact, which is fascinatingly happening to a lot of females); I also explored that I could connect with my organs, fluids, and nerves when moving so I would be more fully supported.” (See diagram below) So it shouldn’t come as a surprise that other classes taught at SCMA include Pilates, Yoga, Mindfulness Practice, Joy Flow + Evening Stretch. 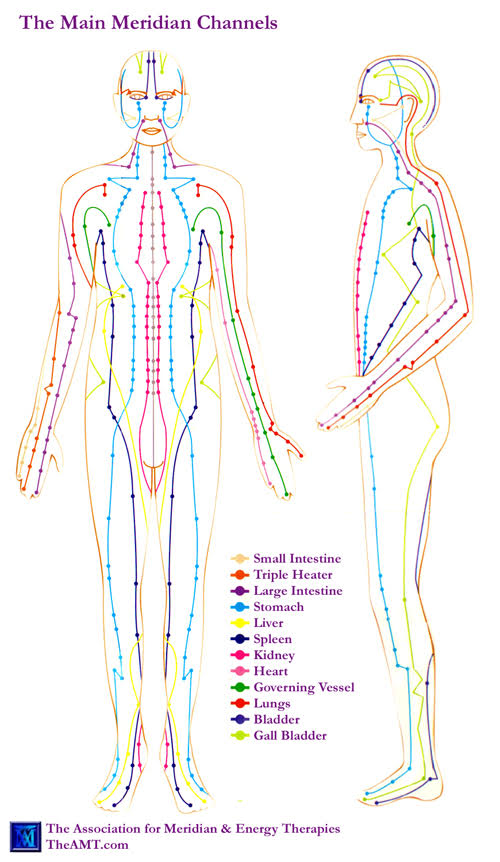 Of course, being a Certified Movement Analyst from Laban/Bartenieff Institute of Movement Studies, Chuan deepened her understanding. Understanding how the human body and movement relates to our health and mental state brings us back to the importance of the mind and body connection. As the diagram above shows, when moving your finger, your toe or hand can affect your brain. This, in turn, is why I should’ve taken my dance class barefoot. Barefoot, I would’ve felt the energy reverberating throughout the bamboo floors up into me. 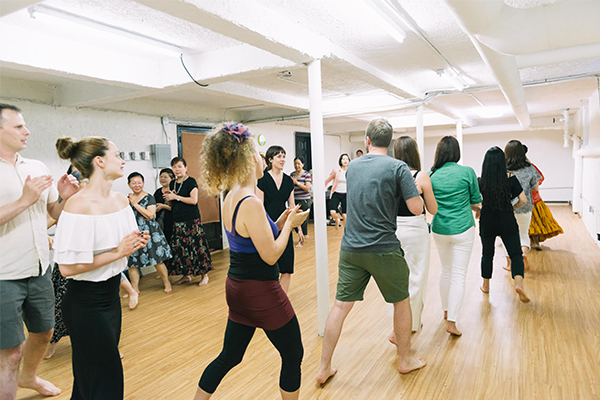 How Laban Movement Analysis Played A Role In Chuan’s Style

According to Chuan, Laban Movement Analysis (LMA) is a tool to observe and experience human movement in a detailed + multilateral way. Dance/Movement Therapy’s main observation method is based on LMA. Chuan explained, “I am able to see people’s movement pattern clearly and provide a suitable exercise or class for different people,“ + what better place to celebrate different people than in Queens for SCMA’s location over a spot in Brooklyn, the hub of NYC cool or even Manhattan.

It’s All In A Name

Even in deciding on the name, Spec-Chuan Movement & Arts Center, the inclusion of differences was one of the main components. Originally set to launch in 2016, at the time, Chuan told me how she asked friends to brainstorm ideas for the name. She mentioned to a friend how much she loved the rainbow because of how it always makes people smile + it contains so many colors and that friend suggested the word ‘Spectrum’.

Chuan said it sounded like Spec-Chuan. “I didn’t know the meaning of the word at the moment. Then I checked the meaning + I fell in love with it! Especially the Latin word ‘specter’ means ‘vision, apparition’,” said Chuan, whereas Chuan means river in Chinese. Chuan added, “I have this vision of light shining on a body of water, the water reflects the different colors of light back to the sky, + the water is flowing and the colors are changing constantly. The name fits my belief of the inclusiveness in an ever-changing world.” 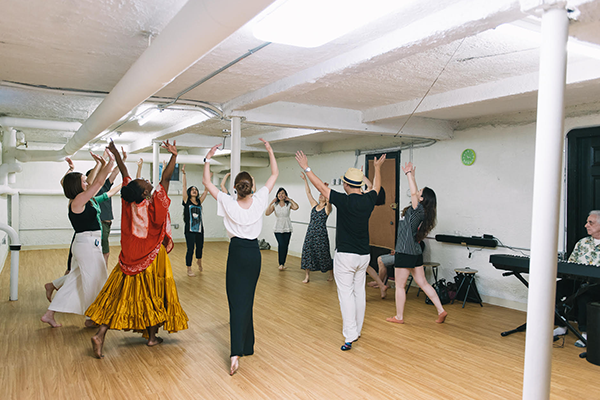 Now what I found to be so fascinating is Chuan’s timing for such a place. Considering the political climate that we’re living in now, SCMA is a safe place where different cultures are celebrated. With various dance classes offered, what better way to check your stress at the door than through dance? The dance classes include Bollywood, African/Caribbean, and Chinese Folk Dance. Everyone is regarded as the same is the great equalizer.

I even noticed for myself, through a quick neighborhood tour led by Chuan surrounding SCMA, the great diversity of cultures. You couldn’t ignore the heavy enclave of Chinese, Indian/Pakistani, Hispanic, and Caribbean people that live there. So for as much as these people might pass each other on the street on a daily basis, imagine them coming together to meet one another + shower each other with accolades through their different cultural dances? (Exploring dances from other cultures is in the works for the future.) 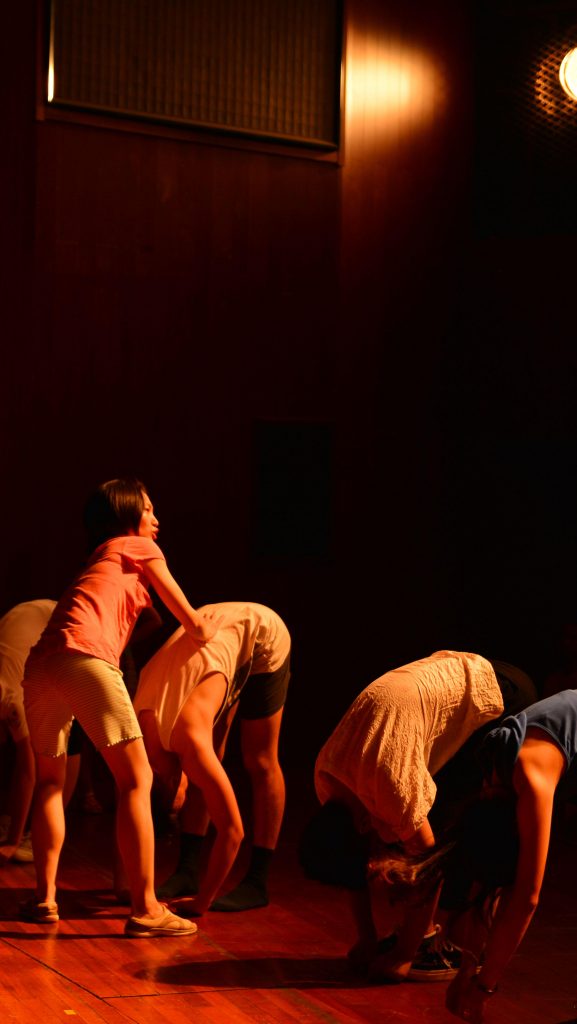 But Chuan isn’t the only one that’s noticed the impact wellness has on people’s lives. Immigrants themselves have taken notice. I am able to see people’s movement pattern clearly + provide a suitable exercise or class for different people. Throughout various stops during our tour, we came across many fruit markets. Some featured organic, freshly made juices + smoothies. Which signified how health was a signifier to the changing hood. SCMA’s presence in this Queens hood has added more synergy to a place already harmonious with the change of the times. Meanwhile, you can still find parts that have remained untouched for almost thirty years.

When thinking about Queens, don’t just think about all you can eat. Let this be a reminder of how much more you can experience. Go and visit Spec-Chuan Movement & Arts Center for a dance class. Not only will you not regret it but you’ll leave relaxed, smiling + maybe make a few friends. Click here to schedule your first class.