Bill Hayward‘s award-winning film “Asphalt, Muscle & Bone” does more than wrestle with powerful visuals. It also wrestles with the complexity of emotions through different themes. An official selection in this year’s North Europe International Film Festival: London Edition 2019, February 16-23, this film is sure to be a tough one to beat.

My First Encounter with Bill Hayward

I first came to know and admire this photographer, choreographer, and filmmaker’s work when I reviewed his Chasing Dragons: An Uncommon Memoir in Photographs by Bill Hayward, © 2015, published by Glitterati Incorporated three years ago. Back then, I was able to see movement in his images accomplished through the open collaboration he had with his subjects and they with him. 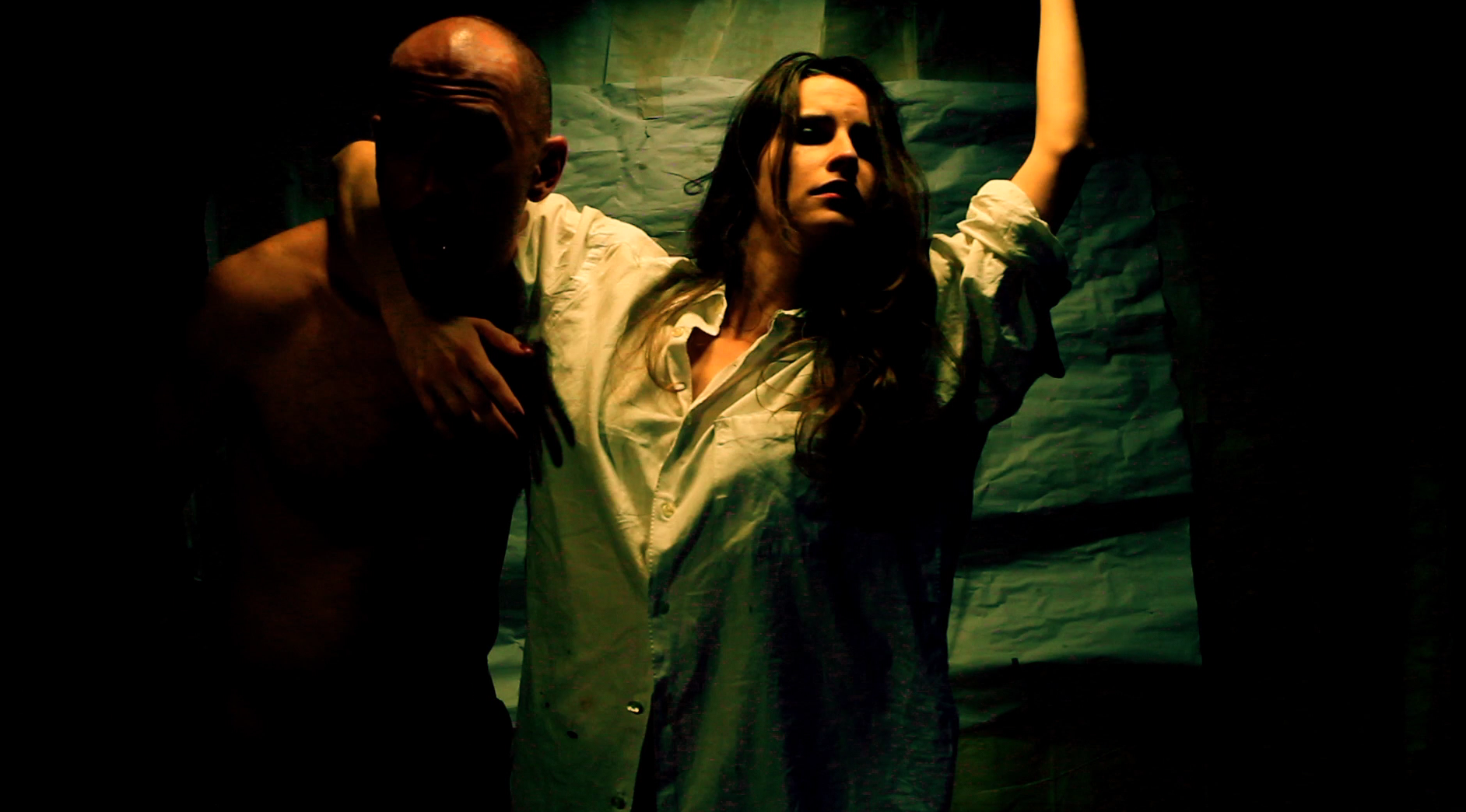 Just days back from The Amsterdam International Filmmaker Festival 2018/Amsterdam IFF 2018 (wherein he was nominated for Best Cinematography in a Feature Film, Best Visual Effects or Design, and Best Hair, Makeup and Body Design) and his win for the latter. Hayward explained to me that when people screen his film, he prefers they do it alone so they won’t feel self-conscious or distracted by the presence of others. This disallows their emotion to wrestle with the emotion of others.

A disruptive reclaiming the primacy of the body and blood of the feminine, the creative process. -Bill Hayward

Hayward describes his film as ‘a disruptive reclaiming the primacy of the body and blood of the feminine, the creative process.” It is a response to the wrestling of  “gross imbalance of testosterone” in the world for the past three-to-four-thousand years. For this reason, the film pays homage to women, as we all come from mud and women’s blood.

I settled into my seat and waited for the film to begin. The moment it started, I found myself drawn into a fantasy world made evident by the names of mythical places the actors inhabited. Such places included Fat River Hotel and my favorite, the Museum of Emotions.

The different characters I saw on the screen were several dancers Hayward’s used as models in the past. But unlike most films, these characters communicate mostly in gestures, as they wrestle with emotion, so you will find very little dialogue.

The characters all seemed to be staying at the Fat River Hotel, and mostly alone in their room. But are they dead or alive, as I often questioned their mortality?

Theme and Emotion Wrestle with Each Other

One male character just spent his time talking to a portrait of his father, repeatedly questioning his mortality. Ironically, mortality is a theme that is often juxtaposed with love, which brings me to the next theme.

The ‘impossibility of love’ is one theme that is constant throughout the film. The characters either questioned love’s existence as love for one’s self, love for someone else and love from someone else. But the way they do it is both sad and sometimes terrifying to watch. One such moment included a male character that kept repeating to himself ‘I have love.’

Wrestling with The Impossibility of Love

There was a male and female couple that seemed intoxicated with one another but always on the verge of splitting up. Throughout the film, I saw them trying to get close, but something always pulled them apart. I sensed there was a deep connection once, but hurt along with them as I saw them struggling with the truth ‘it’s over’. I think what was hardest for them was the physical detachment versus the emotional, which goes against reason. Then again, whoever said love was rational? 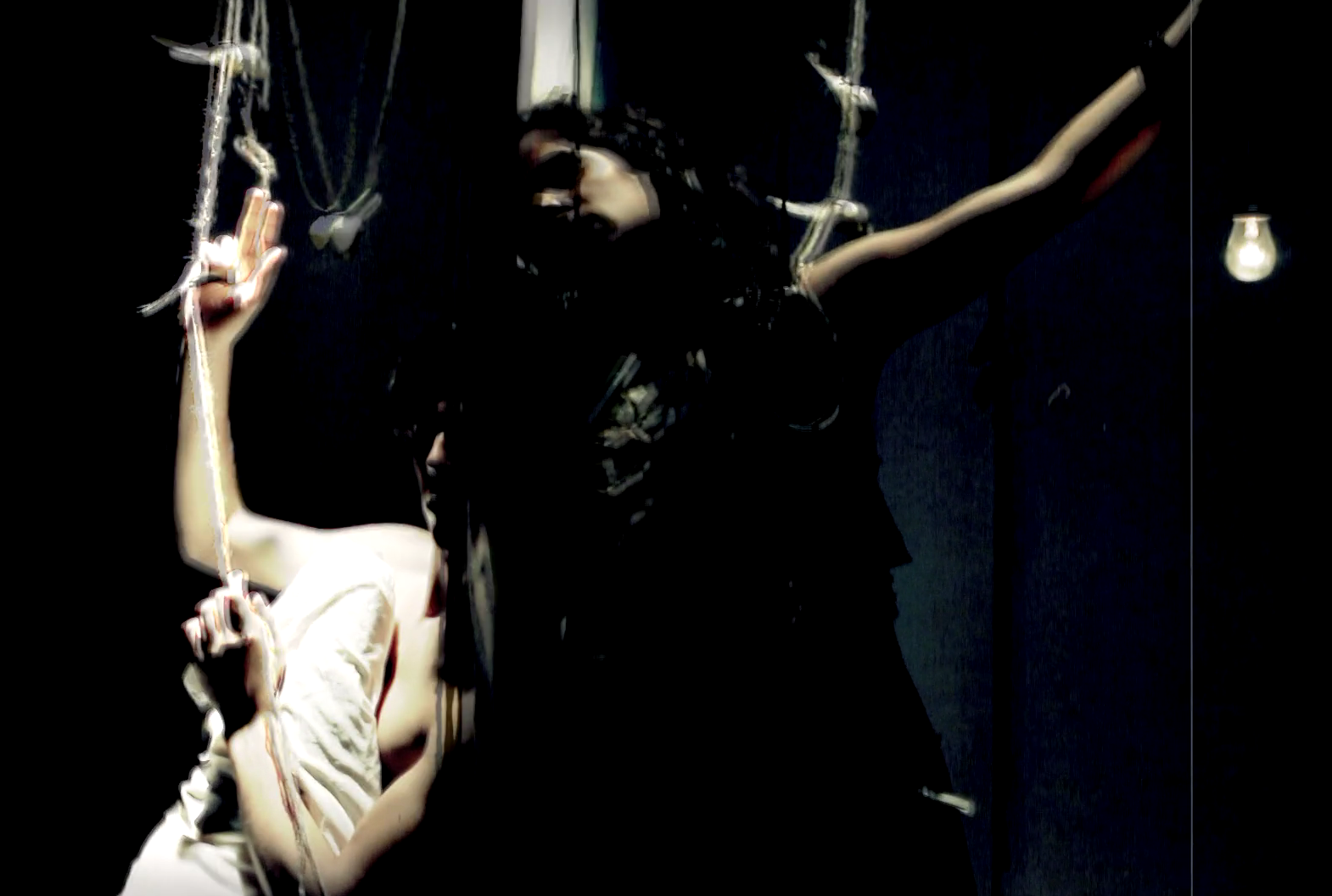 Female characters, which outnumbered the male characters in the cast, were all quite unique. One character that really stood out was this stylish woman. Although wearing a crisp white button-down shirt, you would think she has it together. She looks like fun adorned with plenty of necklaces embellished with crystals and pearls. But just as fast, she began to unravel before my eyes. At first, she seemed to be at odds with something. Then looks as if she’s questioning her reason for being as she wrestles with her truth. And just like that, I then saw her fighting with herself. Wrestling with her clothes and jewels as if they were suffocating her.  With calculated precision, she proceeded to try to tear it all off.

It’s as if Hayward was trying to convey how some women are not satisfied. Although they’ve found their place in their world, they feel imprisoned by their current role.

‘Asphalt, Muscle & Bone’ is a work of art that one needs to experience personally. This is a definite ‘must watch’ film. It will grant you further passage into the heart and mind of Bill Hayward.