It’s amazing to me how food brings people closer together especially when it’s so special as cake! This baked good is often associated with celebration, be it a birthday, a new baby, and even a breakup! But there’s just that extra added magic when it’s homemade, frosting and all! That’s what’s so sweet about this […]

When it comes to relationships, there are always stages that are synonymous with most of them: Stage 1 is considered the ‘honeymoon’, since all you do is stay in bed for the first 2 months, just enjoying each other sexually, over + over again; Stage 2 starts making its way home around the middle of month […] 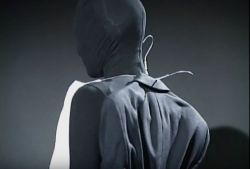 Making its debut at the Tribeca Film Festival, celebrating the power of anonymity, is ‘The Artist Is Absent: A Short Film On Martin Margiela’, an eleven-minute documentary film on whom Suzy Menkes calls the ‘Greta Garbo of fashion’ (even though he did give his approval to the making of it). With no public photographs in […]

For #FlashbackFriday, delve into the JonOne‘s intimate world of abstract art meets graffiti in short film ‘This Is Not Graffiti’ (A JonOne Portrait + A Right Jab).  Directed by Alexis Deforges, you get to hear a first hand account of what it was like to be one of the pioneers of the ‘graffiti bandwagon’ as […]

To celebrate Cara Delevingne’s new gig as LOVE‘s new contributing editor, here is one of the magazine’s favorite Cara video moments in ‘CaraOke’ by Liz Collins ‘singing’ Prince’s ‘Kiss’.  Her first task will be guest editing LOVE 13, the Spring 2015 issue which drops Feb. 9.  And of course, none other than Sølve Sundsbø shot her contributor’s portrait […]

For #FlashbackFriday, here’s the 411 on film ‘The A-Z of ’90s Slang’ directed by the Layzell Bros.  Starring some of the most nostalgic animation of all time, the words as much as the visuals, represent a perfect record of how a whole generation communicated by using as little as one word, yet loaded with a lot of meaning. […]

There’s a lot to be said about simplicity + that is one of the many things I love about the Beyoncé + Jay Z’s ‘Bang Bang, Part One’ above.  Besides it being a take on Bonnie + Clyde, but a lot more badass costarring a dusty 1960s Pontiac GTO, director Dikayl Rimmasch takes an artsy approach […]